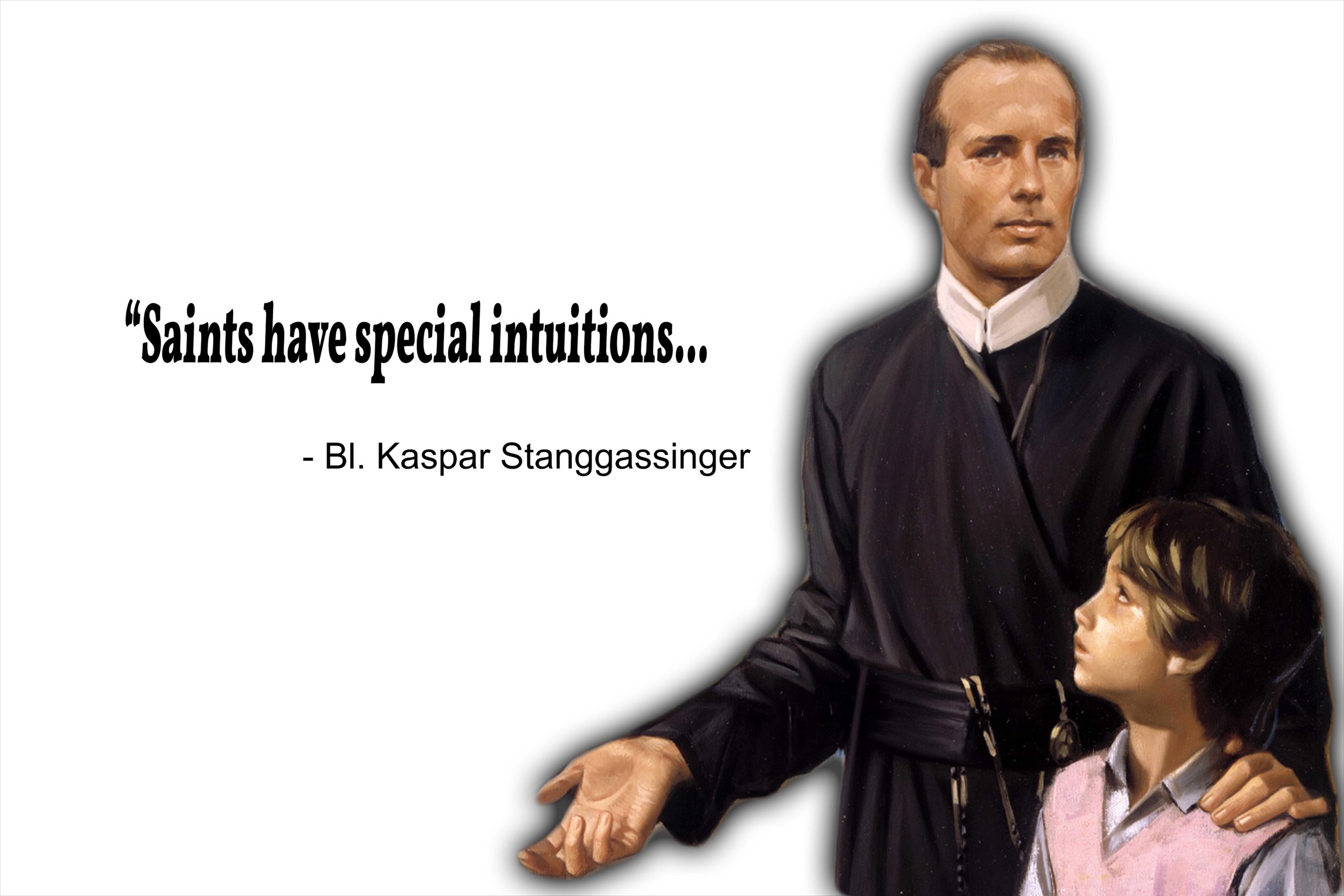 We the Redemptorist family all over the world commemorate yet another holy man Blessed Kaspar who dedicated his life to forming young Redemptorists and preaching missions. We remember all the formators of various stages of formation who dedicate their life and service to forming the young men who aspire to become missionaries. We learn from Blessed Kaspar who said, “Saints have special intuitions that which is important for me, who am not a saint, are the simple eternal truths: the Incarnation, the Redemption and the Holy Eucharist”.

He was born on 12th January 1871, in Berchtesgaden, in southern Germany. He was the second of 16 children. His father, a man respected by all, was a farmer and owned a stone quarry. From his youth, he had a growing desire to become a priest. In those early years, Kaspar played at being a priest and “preached” short sermons to his brothers and sisters and used to lead them in procession to a chapel among the mountains near his home.

When he was ten years old, he went to Freising to continue his schooling. He found the studies rather difficult. His father told him that if he did not pass his exams, he would have to leave school. With a strong will, remarkable dedication, and fidelity to prayer, he steadily made progress. In the years that followed he began, during vacation, to gather groups of boys around himself to encourage them in the Christian life, to form a community among them, and to organize their free time. Every day the group went to Mass, took a walk, or went on a pilgrimage. Kaspar’s dedication to them was admirable and extended even to risking his life to save one boy in danger when mountain climbing.

He entered the diocesan seminary of Munich and Freising in 1890 to begin his study of theology. The better to discern the will of God he voluntarily followed a rigorous prayer schedule. Very soon it was clear to him that the Lord was calling him to live his vocation as a religious. In fact, after a visit to the Redemptorists, he was inspired to follow their vocation as a missionary. In spite of his father’s opposition, he entered the Redemptorist novitiate at Gars in 1892 and was ordained a priest in Regensburg in 1895. Kaspar Stanggassinger had entered the Congregation of the Most Holy Redeemer with the intention of being a missionary. However, he was appointed by his superiors to form future missionaries as vice-director of the minor seminary of Durrnberg, near Hallein. He dedicated himself completely to this responsibility.

As a religious, he had made a vow of obedience and lived it in a very clear and consistent manner. Each week he spent 28 hours teaching in the classroom and yet was always available to the boys. On Sundays, he never failed to offer his help at the churches in the neighboring villages, especially by preaching. Even with such a schedule of work he was always patient and understanding with the needs of others, particularly the students who saw him as more of a friend than a superior. Although the rules of formation at that time were very strict, Kaspar never acted harshly, and anytime he had the impression that he had wronged someone he immediately apologized humbly.

In 1899 the Redemptorists opened a new seminary in Gars. Father Stanggassinger was transferred there as director. He was 28 years old. He only had time to preach one retreat to the students and to participate in the opening of the school year.

HIS FINAL DAYS AND HEAVENLY REWARDS