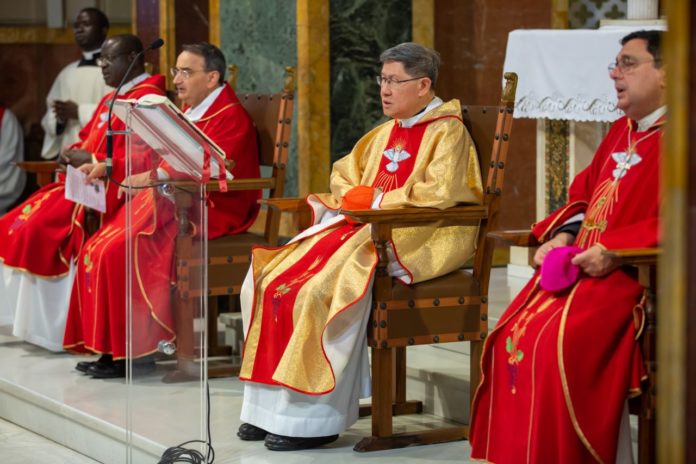 Wednesday, 26 October 2022, at 9.00 a.m., in the church of S. Alfonso all’Esquilino a Rome, with the solemn concelebration of the Eucharist de Spiritu Sancto presided over by Card. Luis Antonio Gokim Tagle, we began the inauguration day of the 2022-2023 academic year of the Alphonsian Academy. The Cardinal, in his characteristic affable and familiar style, urged the students to penetrate, through commitment and study but always in docility to the Holy Spirit, the mystery of Christ. Concelebrating with him were the President of the Alphonsian Academy, Fr. Alfonso Vincenzo Amarante CSsR, Monsignor Vincenzo Viva, Bishop of Albano and former teacher at the Academy, Fr. Nicolas Ayouba CSsR, General Consultor of the Redemptorists – who took the place of the Moderator General Fr. Rogério Gomes CSsR, absent for institutional reasons – and Don Lorenzo Pertusini, student representative.

After the celebration, accompanied by the songs of the choir directed as always with enthusiasm by Fr. Mario Boies, we went to the Aula Magna, where the second part of the day took place. Prof. Alfonso Amarante CSsR first invited Fr. Nicolas Ayouba CSsR to read the message written by the Moderator General, who invited the students to face the challenges that today poses to moral theology to remain always “free and faithful in Christ”, taking up the title of one of Bernhard Häring’s most famous works.

Next, Msgr Basilio Petrà, professor emeritus of the Redemptorist Institute, was invited to take the chair and warmly thanked for his forty-two years of teaching at the Academy. Msgr Petrà focused his speech on the figure of the Apostle Paul, from whom he believes the Church can draw to propose a renewed model of sexual ethics.

Lastly, the President presented his report on the academic year that had just ended, emphasising the tripartite mission that the Alfonsiana is called upon to fulfil: education, research, scientific transfer and interaction with the territory. He concluded with a meaningful quote from St. John Bosco, as a programme for life offered to students: “Study to make yourself loved rather than to make yourself feared”. Before giving the floor to the Rector Magnificus of the Pontifical Lateran University, Prof. Vincenzo Buonomo, who greeted all those present and thanked the faculty and staff for the excellent work of the Alphonsian Academy, Fr. Amarante officially kicked off the new academic year 2022-2023 with the now unfailing ‘ritual’ of the bell. 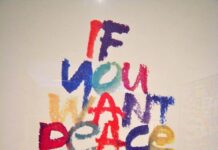