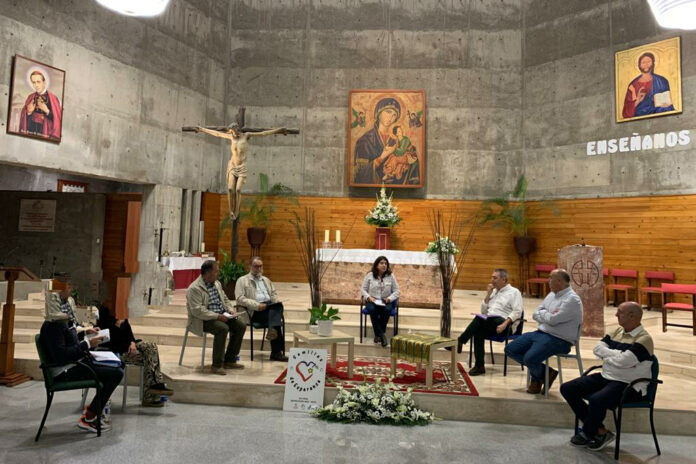 (Spain) Since more than half a century ago when the Redemptorist Missionaries arrived in West Jerez, we have not ceased to announce the Gospel from the closeness and simplicity in these neighborhoods of the city of wine, flamenco, and horses, where art is breathed by the four coasts.

There have been several missions that in all these years have been carried out, the last one in 2017 along with five other parishes of the Archdiocese. Since then, the Parish of Perpetual Help continues to live in a permanent state of mission with different actions and missionary commitments.

In February 2020, the Missionary Team of Cesplam had its last mission here just before the Pandemic with the Renewal of the Mission. Since then, we have tried to keep the flame of the mission alive, and despite the fears of the virus, we were again starting up the Christian Family Assemblies in the houses, overcoming many fears, because of the desire to meet and meet again among neighbors was stronger than anything else was. There were several previous attempts that new waves disrupted these meetings in the houses… but the fire of the mission was not extinguished… the CFA continued to meet for celebrations in the Church on Novenas, Triduum, the 9th anniversary of the Brotherhood of the Redeemer or the Archconfraternity of Perpetual Help, or in the strong times of Advent and Lent.

With the beginning of the new school year, where we are more secure in the face of the Pandemic, we were able to celebrate with boundless joy and depth the Redemptorist Missionary Charism Week between the first and second Sunday of November.

The baptisms that took place in the Church during the whole month of November, during the “Redemptorist Month”, are adorned with pictures of our saints and martyrs that invite us to celebrate our being missionaries.

The celebrations began on the 6th with the Eucharist of Thanksgiving for the newly Blessed Redemptorist Martyrs of Madrid.  On Monday 7, the religious community celebrated the Redemptorist Missionary Day together with the confreres of Seville in a beautiful day of fellowship in Olvera.

On Tuesday, the 8th we had the opportunity to learn more about the life and martyrdom of the new Blessed of Madrid, thanks to Father Antonio Quesada for helping us to understand the context of religious persecution that Spain lived in the 30’s, and to understand what it means to give one’s life for the faith in the Redeemer.

On Wednesday the 9th, the 290th anniversary of the Foundation of the Congregation, we had one of the highlights of this week. It coincided with the 9th anniversary of the Brotherhood of the Redeemer, which is part of this Parish Community. About thirty members recalling the invitation of Pope Francis prepared to be sent to peripheries. Gathered in the chapel for the prayer and celebration of commissioning, we were sent out two by two, as Jesus did with his disciples, to be “Missionaries of Hope together with our Elders”. It is noteworthy the plurality of the missionaries, from children to adults, with a respectable number of adolescents and young people who were the first to sign up for this initiative. Already in the homes of the sick, we were able to share with them life, experiences, and faith… around a simple snack that served as an excuse for the dialogue to be more friendly. A gift was brought to them, and the missionary Rosary was recited together in 14 houses at the same time. The experience of bringing together people of such different generations, and sharing so much life, was very enriching, and we are already thinking about the next “Missionaries of Hope” for the Advent season.

On Thursday, the 10th it was our turn to place ourselves before the Lord in adoration before the Blessed Sacrament and pray for Vocation. The prayer was for three young men of the Province of Madrid who are doing their Novitiate in Ciorani, and who were able to connect live to tell us firsthand how they are living this crucial year in their vocational journey to be Redemptorist Missionaries. The community of Jerez who became close to Jesus, a young man from Jerez who shared several years of faith and apostolate among us. At the end of the meeting, the young people continued to share dinner and talk about what they had seen and heard.

On Friday afternoon, the communion and post-communion children were invited. Not even one was missing. Together with several parents and the catechists, they developed a nice gymkhana where they were introduced to the fundamental elements of the Redemptorist Charism, where our coat of arms, the motto, the mission countries, the founder St. Alphonsus, the poor as the main recipients, Mary, joy, and prayer were present. There was music, games, castles, and even a DJ and a party entertainer.

Another moment we want to highlight was the gift we received from seven people who gave us their “Testimonies of Redemption”. The greatness of each one of them, the sincerity of their words, and the spark of hope and life that they instilled in us stood out. They brought us closer to four realities present in our Parish: The Narcotics Anonymous group; Caritas and the network project ‘Seeds of Hope’; the Brotherhood of Salvation; and the Prison Ministry. However, they brought us closer to each one of them, making us feel more like brothers and sisters to each other. After listening to them, we can say that Christ truly saves us. All this happened on the evening of Saturday the 12th.

Coinciding with the VI Day of the Poor, the culmination of this beautiful week arrived, and on Sunday the 13th, we celebrated the VIII Day for the Promotion of the Redemptorist Missionary Vocation. From 7 o’clock in the morning a suitable number of faithful of the parish, young and adult, all of them missionary disciples, got down to work to get everything ready for the celebrations: stage, altar, banners, bars, food, chairs, choir, …. and so, we could make way for the procession.

This was how for the first time since it arrived at the Parish when the 2017 Mission, the procession with the statue of St. Alphonsus went out into the streets of Las Torres carried by four young people from the Parish who want him to be the patron of the Redemptorist Youth Group. It was followed by a sizable number of women and children who did not stop singing throughout the tour, joyful and missionary songs that aroused the curiosity and gestures of faith of the people of the neighborhood where we passed and who looked out of doors and windows. It was wonderful to feel that we were all missionaries encouraged by St. Alphonsus with the shout of “Alphonsus sings with his children, they sing of the love of Christ; we will follow our Redeemer, Alleluia”, or simply with the song “We are Missionaries” because we are!

With the saint in place, we were able to celebrate the Eucharist amid our neighborhood wanting to put a sign of hope among our neighbors. Everything culminated with the performance of the choir of La Plata and a delicious meal (including tomato soup) washed down with some good local wine to toast the gift of charisma received.

We thank God for allowing us to live with joy the mission to which the Lord has called us, and for being able to discover, each one in his state of lay or consecrated life, that we are Missionaries, Missionaries of Hope in the footsteps of the Redeemer.

This was the objective of this Redemptorist Week, to show our charism and that those who live their faith here identify with it as Missionary Disciples. Now it is time to keep the flame of the Mission alive. 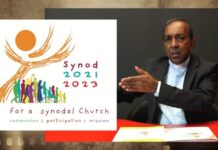 The Synod is on! Walking towards the Continental Stage