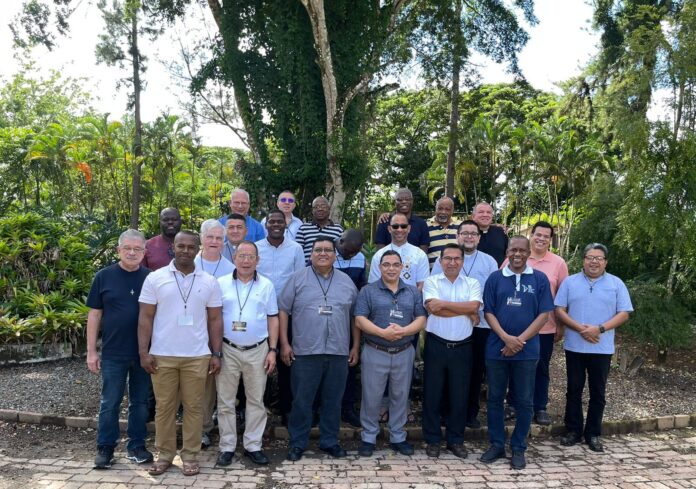 From Monday 14th to Friday 18th November, the local Superiors of the Units of Haiti, San Juan and Central America met at Casa San Gerardo in Cotuí, Dominican Republic. In total, there were 22 participants.

It was a historic meeting in the process of reconfiguration of the new Province of Central America and the Caribbean, composed of 11 countries and 97 members in perpetual vows and 11 in temporary vows.

During these days, we were able to get to know each other as we celebrated together times of prayer and Eucharist; as we were studying the directories of economy, Vita Apostolica, Initial Formation Plan, Statutes of the future Province, planning of steps to be taken until the celebration of the elective Chapter and the respective calendar. In addition, we had a time of reflection led by Fr. Stephen Rehrauer, from the Province of Denver, U.S.A., and through the zoom platform, a meeting with the Superior General, Fr. Rogério Gomes, CSsR.

In the end, we returned to the communities to develop a work of animation, knowledge and implementation of the documents and initiatives that will consolidate the process of configuration of the Province.