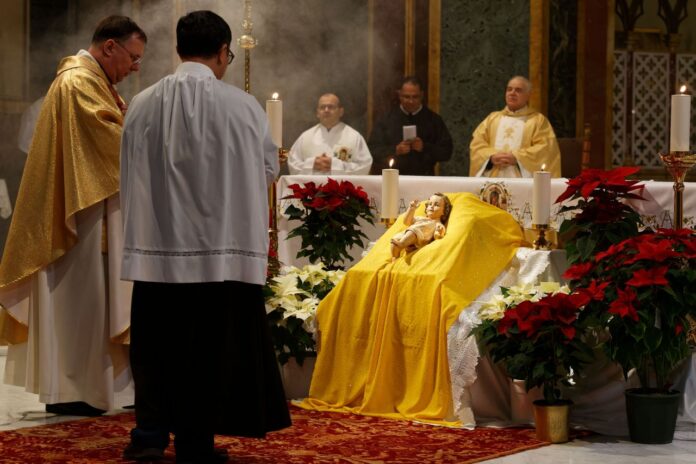 “Christmas is the chance given to each one of us to be reborn in our own flesh and to awaken in us the sleeping humanity that needs to get up, believe in itself and walk in hope,” said Fr Rogerio Gomes, CSsR, Superior General, in his homily delivered during the Mass on the Christmas Eve.

Fr. General presided at the concelebrated Mass with the Redemptorist community at the Shrine of the Mother of Perpetual Help in Rome, 24 December, 10.30 pm.

In his homily, the General reported on his recent visit to Poland and Ukraine and his meeting with the people affected by the evil of war.

God embraced human nature in the mystery of the incarnation, valuing the human body. In contrast, selfishness and war are a denial of this value, an attack on the value and dignity of the human person, he said.

Fr. General recalled the words of St. Alphonsus de Liguori: “in the work of the Incarnation, all the omnipotence and infinite wisdom of the one God was needed so that human nature could be united with a divine Person and a divine Person take on human nature”.

Fr. Rogério encouraged the brothers and all participants in the liturgy to live the message of Christmas every day: – “From this mystery, we must learn the lesson of humanising ourselves, of being experts in humanity in our community relations and in the service we render to the People of God, especially to the poorest and most abandoned”.

The complete text of Father General’s homily in Italian. 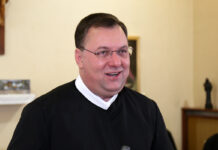