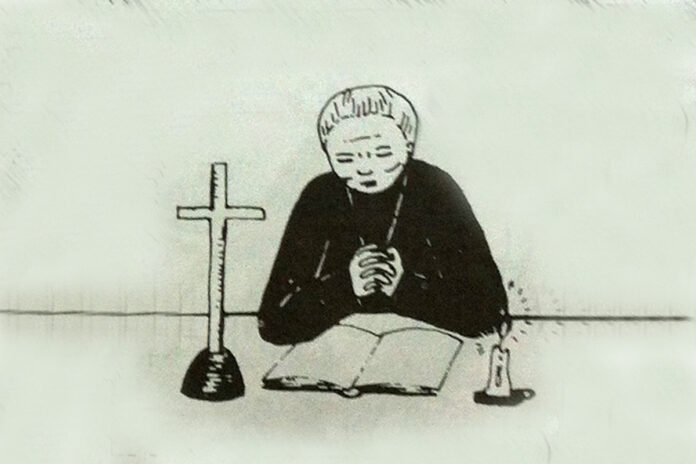 It has now been almost two years since the history of slavery and the statue of Peter Donders in Tilburg’s Wilhelminapark were discussed in Tilburg. Near to this statue, the municipality of Tilburg set up an information board in the summer of 2022. In May 2021, Peter Donders’ famous quote about the scandalous treatment of enslaved people was placed around the Peerke Donders Pavilion Museum of Charity. A highly acclaimed exhibition about slavery has been on display there since 26 June 2022.

In 2022, on 19 December, there were further developments in the Netherlands: the Prime Minister, in a speech that touched many, apologized for the role of the Dutch State in the history of slavery, an apology made, “not to make a clean breast of things”, but to “find a way forward together”. Prime Minister Rutte called the system “so inhumane and unjust that in 1863 it was not the enslaved who were financially compensated by the state, but the slave owners. And even more harshly, and even more unfairly, everyone who became nominally free in Suriname in 1863 was forced to continue working under state supervision for another 10 years.” Suriname, where Peter Donders worked from 1842 until his death on 14 January 1887, is the country, to which most of the 600,000 enslaved people shipped to the Americas were taken. Mgr. Choennie, Bishop of Paramaribo, cited the Dutch Prime Minister’s apology in his Christmas message. In it, he also looks specifically at the role of the Church, which while, in the person of Peter Donders among others, it may have “taken up the cause of the enslaved and shown commitment to the fate of the lepers”, yet remained trapped “in the system of master and slave”.

This is a reproach, which was also made to Peter Donders in the Tilburg discussion. Bishop Choennie said “We taught people through our schools that it is God’s will to submit to masters. We taught them that there was nothing of value in their religion and culture. That civilization meant despising all that was their own and imitating the whites in everything.” Bishop Choennie then further develops a main point of criticism of Prime Minister Rutte’s speech: that it totally ignores the suffering inflicted on the indigenous population. He describes its repercussions in present-day Suriname, and cites Pope Francis’ reference to indigenous peoples as an example “of people who have something to teach us about how to treat nature in order to preserve the integrity of creation”, a theme to which Bishop Choennie is strongly committed. In the section on mental slavery, Bishop Choennie says “The scars of slavery are many and we struggle with them every day, but the worst form of slavery is mental slavery. […] A mentality where we refuse to take responsibility for our own failures but prefer to see ourselves in the role of victims. A disregard for what is our own and an idolization of the oppressor. […] We will have to free ourselves by the power of Christ, forgive the oppressor, and open the way to reconciliation. It is a long arduous road that begins with the recognition of the power of sin and our need for deliverance by God.”

This thought can be found, expressed in different words, in Pope Francis’ Christmas address to the Roman Curia on 22 December, in which he explained the need for continual conversion. In it, he, like Bishop Choennie, said that it is not enough to denounce evil but that action is needed: “Mere condemnation can give the illusion that we have solved the problem, whereas what really counts is making the changes that will ensure that we no longer allow ourselves to be imprisoned by evil ways of thinking, which are often those of this world. One of the most helpful virtues to practice in this regard is the virtue of vigilance. […] Only the daily practice of the examination of conscience can enable us to be aware of [previously eradicated evil].” Reading this, I see in my mind’s eye Peter Donders, praying as he is so often described: incessantly, alone with God. He may not have fought in the political sense for systemic change and did, like other great missionaries, destroy sacred symbols of other religions, but he went beyond merely naming the evil of slavery. He stood by those who suffered from it. Moreover, by referring to the “bulls and petitions” of Pope Gregory XVI in the letter from which the above-mentioned quote comes, he set himself in that part of the system “Church” that explicitly condemned slave-trading by Christians and wanted to eradicate it (In supremo apostolatus fastigio, dated 3 December 1839).

As human beings, we are always part of some system. I wish that you, by daily examination of conscience, like Blessed Peter Donders in his letters, will always start from gratitude for the Good that God gives us. And that in this way you will draw from it the strength to decisively confront the evil in your own life and that of your fellow human beings. Thus may you mitigate the negative effect of the system in which you live, and perhaps also contribute to a continuous conversion of the system itself.