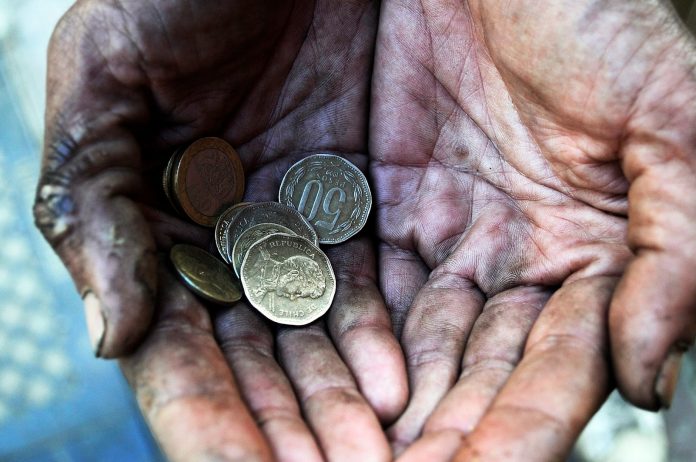 During the 1970s, two major oil-related energy crises occurred. The first was in 1973 following the Arab-Israeli war of Kippur, the second in 1979 following the Islamic revolution in Iran and the war between Iran itself and Saddam Hussein’s Iraq in 1980. In particular, the conjuncture of the 1979-1980s set in motion a further crisis phenomenon related to the international debt of poor countries that, like almost all other countries economically dependent on oil imports, suddenly found themselves in a radically changed economic scenario that, due to their high indebtedness and unlike the more affluent countries, plunged them into a dramatic debt crisis.

In addition to the oil shock that produced a more than 20-fold increase in the price of crude oil compared to the previous price and, thus, a sharp rise in the cost of imports, two other phenomena contributed to the development of the debt crisis that proved devastating for the finances of these states. The first was the collapse in the prices of raw materials, of which these countries were the leading exporters, as a result of the collapse in demand caused by the energy crisis and, therefore, the collapse in revenue needed to repay debts. The second was the development of the monetarist-inspired policies of the United States and Great Britain that caused interest rates to soar and produced a strong appreciation of the dollar against all other currencies, particularly those of fragile economies.

This resulted in the ‘explosion’ of borrowing costs and the very high cost of imports and financing needs, against which export revenues were insufficient, so much so that Mexico inevitably declared in the summer of 1982 that it could not pay its debts. In turn, in an unexpected domino effect, other debtors, especially in Latin America, declared themselves insolvent, triggering the international debt crisis.

The recent study presented last October by the United Nations Development Programme (UNDP) entitled “Avoiding: too little, too late” warns us that the debt of the poorest developing countries is once again at high risk, especially as a result of the new gas-related energy crisis, combined with the monetary measures to combat inflation by the Central Banks of the United States and the European Union. In fact, despite the adoption at the turn of the year 2000 of programmes to reduce the debt, which in many cases has become unpayable, of the Highly Indebted Poor Countries (HIPCs), little or nothing has been resolved. According to the Report mentioned above, the number of Highly Indebted Countries has risen from 36 in 1999 to 54 today, of which 26 are classified as being at ‘substantial risk, highly speculative or insolvent’.

Another UNDP Report confirms the seriousness of the economic and social situation, also dated October 2022, focusing on the ‘Multidimensional Poverty Index’, which analyses poverty by combining the level of per capita income with the different aspects of the daily life of people in poverty such as access to education and health, the standard of living in terms of housing, drinking water, sanitation and electricity.

In summary, it turns out that 1.2 billion people in 111 countries live in acute ‘multidimensional’ poverty; almost twice as many as are considered poor because they have an income of less than $1.90 a day. Fifty per cent of poor people (593 million) lack electricity and gas for cooking; nearly 40 per cent of poor people lack access to clean water and sanitation; more than 30 per cent of poor people are deprived of food, cooking fuel, sanitation and shelter at the same time. Most of the ‘multidimensional’ poor (83%) live in sub-Saharan Africa (579 million) and South Asia (385 million). The UNDP study proposes coordination of all creditors and the use of clauses for government bonds that aim at economic and fiscal resilience, arguing that in some cases, the debt should even be cancelled and that the measures envisaged by the G20 are inadequate when compared to the USD 16 trillion allocated by the G7 in the 2020-2021 pandemic.

These are considerations that echo the repeated calls of the Church’s social Magisterium for debt cancellation, sufficient equity and greater solidarity in relations between all countries, in contrast to that “international imperialism of money” denounced by Quadragesimo anno (n. 108) as early as 1931, which is one of the factors that led to the debt crisis of the 1980s and the one that is looming on the horizon, with the risk of making it even more difficult to achieve peace between peoples, which is now dangerously threatened. In this regard, it would be most urgent to reflect on what is necessary to build peace between peoples because peace “is the work of justice” (Gaudium et spes, no. 78) through “cooperation for the development” of all peoples (Populorum progressio, no. 87), which is implemented through “solidarity” (Sollicitudo rei socialis, n. 39). Still, above all it requires the exercise of charity “indispensable to transform ‘hearts of stone’ into ‘hearts of flesh’, to make life on earth ‘divine’ and therefore more worthy of man (Caritas in veritate, n. 79).