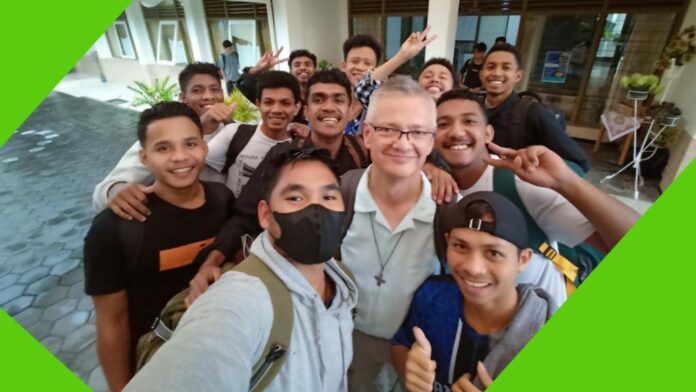 Man is a homo viator where in the journey of life, he or she writes a series of events based on experience and phenomena experienced by him. It is called history. History itself refers to the identity which forms his way of life. In this sense, history is an important thing to study and understand properly so that men have guidelines in their lives.

From January 17-20, 2023, the Indonesian Redemptorists Students (58 students) in Yogyakarta conducted a retreat in Muntilan, Java, Indonesia. It was led and guided by P. Piotr Chyla, C.Ss.R, the Director of the Redemptorist Spirituality Center in Rome. During the retreat, P. Piotr spoke about spirituality, from a general to a particular perspective which is Redemptorist and Alfonsian spirituality. We, Redemptorists, were called to FOLLOW the life of Jesus – his life, suffering, passion, and death. We are not imitating His life, but we FOLLOW HIM. In addition, he stressed the aim of the Constitution and Statutes in the life of the Redemptorists. As he said, Constitutions and Statutes are the guidelines that lead us, all Redemptorists, to live a consecrated life faithfully. Thus, we need to be smart and clear to understand our Constitution and Statutes, so we can apply them in our time. Besides, it was also discussed the history of the founding of the Redemptorist Congregation. The young Redemptorists were also “virtually brought” to many sites related to the Redemptorist history, such as Scala, Ciorani, Mater Domini, and Pagani. The topics discussed were an attempt to make the young Redemptorists know their identity as the sons of Alphonsus and the members of the Congregation of the Most Holy Redeemer.

Therefore, the Redemptorists as the sons of Alphonsus must truly know and understand the history and spirituality of their founder and the congregation, also to reflect more on the Constitutions and Statutes. These are the most essential and fundamental aspects for every member to love their Congregation and live their life as a faithful Redemptorist. Without these, members will certainly have difficulty understanding their identity as missionaries of hope who follow the footsteps of the Redeemer in proclaiming plentiful Redemption for the abandoned and the forgotten in our world today. 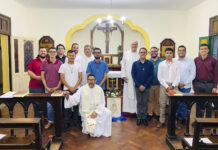 Beginning of Novitiates in the Latin American and Caribbean Conference