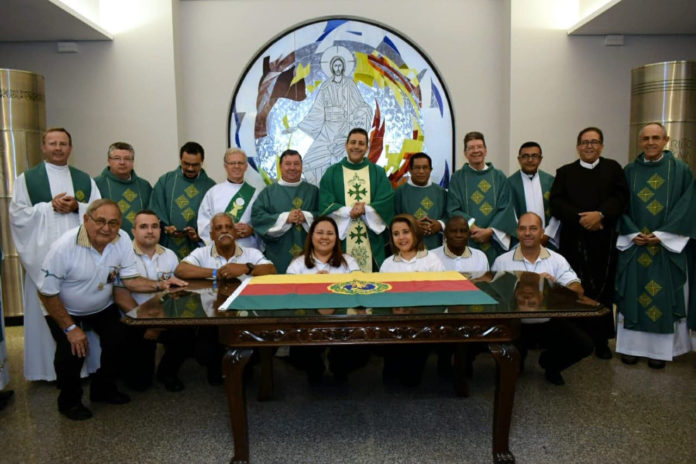 (São Paulo, Brazil) With the theme “Mother Aparecida, watch over our families”, the faithful from all over Brazil gathered on August 24 and 25, at the National Shrine of Our Lady Aparecida, for the 48th National Pilgrimage. Of the 24 members, 22 were present at the event. Sixteen members of the clergy, including priests and deacons, participated with us.

On Saturday afternoon, a meeting of the Presidents of Federations with the National Confederation was held for the reports of the last quarter of the year. Afterwards, all attended the Mass in thanksgiving for the Golden Jubilee of the Redemptorist Vocation Week and for the opening of the Pilgrimage broadcast live on TV Aparecida. The celebration was presided by the Provincial Superior of the Redemptorist Unit of São Paulo, Fr Marlos Aurélio da Silva, C.Ss.R., and concelebrated by the Provincial Superior of the RJ, MG and ES, Fr. Nelson Antônio de Linhares, C.Ss. R., and several other priests and deacons. 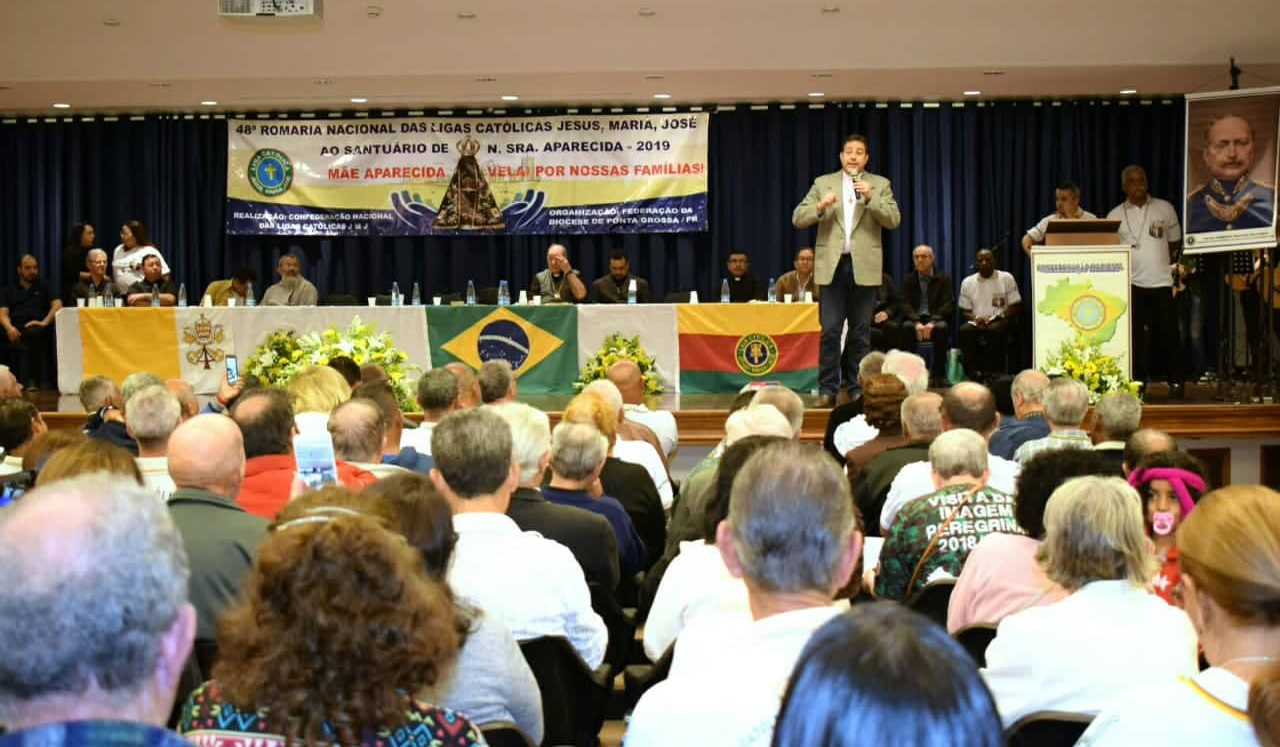 The meeting was held in the official auditorium of the National Shrine on Sunday, the 25th,, with prayers, chants, hymns, welcoming the pilgrim image, consecration and messages from the National President, Natália Felipe da Silva, from the National Ecclesiastical Assistant, Fr. José Raimundo Vidigal, C.Ss.R., and the Ecclesiastical Assistant of the Federation of the Diocese of Ponta Grossa, Paraná, Frei Alderico. The National Confederation entrusted the 2019-2020 pilgrimage to the Federation of the Diocese of France.

A very exciting moment was the coronation of Our Lady, with the staging of various titles attributed to Mary, performed by the children of the League, the Federation of Ponta Grossa. The event was animated by the N. Ms. of Pilar League Group.

The event ended with the Holy Mass at 10 am at the central altar of the Shrine, presided over by Fr. Nelson and concelebrated by various priests and deacons accompanying the Leagues in their Dioceses. In addition to the Provincial, the event was attended by the following Redemptorist Missionaries from the Province of Rio: Fr Vidigal, Fr Macedo and Brother Argemiro. 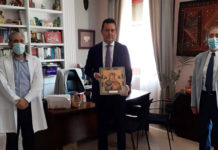