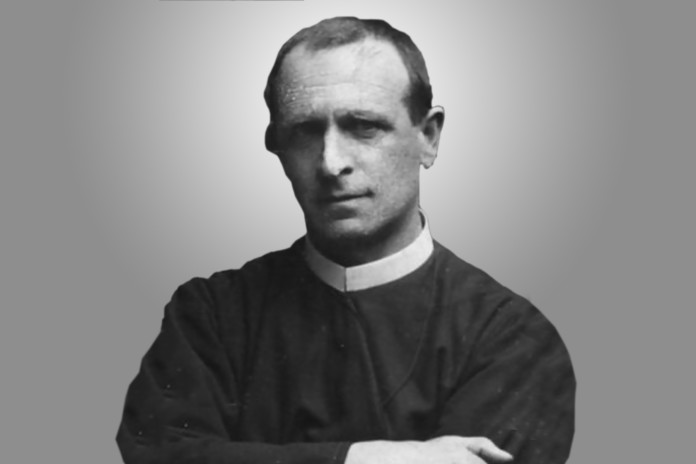 Fr. José Javier Gorosterrazu Jaunarena was born in Urroz (Navarra) August 7, 1877. At age 14, against the wishes of his father, he entered the Capuchin College at Lecároz. At age 16 he entered the Redemptorists, made his profession on September 8, 1896 and was ordained a priest on September 28, 1903.

After a few years of teaching at El Espino (Burgos) and Astorga (León), he lived in the communities of Pamplona (Navarra), Madrid and Cuenca. He was a man of considerable culture as well as being a popular missionary, an expert confessor and a sought after spiritual director. He published two historical works and wrote a manual of philosophy.

On August 10, 1936, he was arrested by the militia of the Popular Front, which took him to the cemetery of Cuenca and shot him during which he forgave his executioners. He was beatified by Pope Benedict XVI on 13th October 2013.