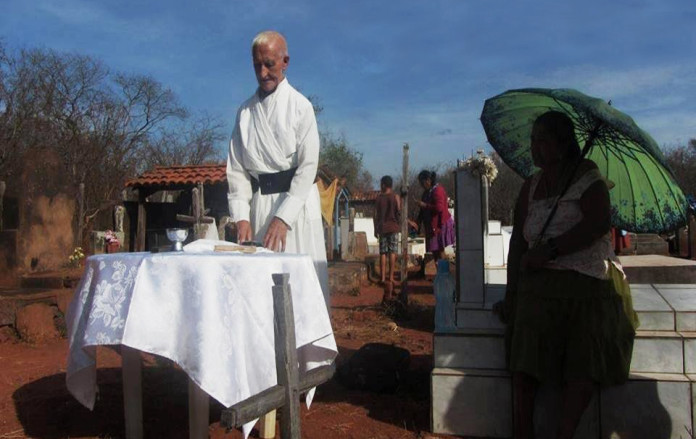 A Co Kerry-born priest who has dedicated his life to helping the less well off in Brazil was honoured last week at the 7th annual Monsignor Hugh O’Flaherty Awards in Killarney.

Fr Seán Myers, a Redemptorist missionary serving in Brazil, received the award in his absence.

He was nominated by the local community in Fossa, where he was born.

The award is made to individuals who embody the same humanitarian spirit as Mgr Hugh O’Flaherty, who helped save the lives of over 6,500 people, including Jews and Allied soldiers, from the Nazis in occupied Rome during World War II.

Eighty-five-year-old Fr Myers was not in Killarney for the presentation of the award as he still works in a parish in Brazil but he was represented by his niece Mary Vousden who read a speech on his behalf at the Killarney Plaza Hotel.

In the speech, the missionary thanked his colleagues, family and people from home who had nominated him for the honour.

“My Redemptorist colleagues have always supported me in my ‘unconventional’ ideas. I cannot congratulate you enough on your choice for this award. After all, I’m just a cábóg from Barleymount living and praying with cábógs in the Brazilian backwoods.”

Fr Sean has been selflessly and tirelessly serving the people of northeast Brazil for the past 55 years and even though he is now into his 80s, he continues to dedicate his life to the people of his parish, which covers an area almost half the size of Ireland.

The ceremony was also addressed by the Mayor of Killarney, Cllr Bobby O’Connell, the US Ambassador to Ireland, Kevin O’Malley, and the provincial of the Redemptorist order in Ireland, Fr Dan Baragry.

Speaking about Fr Myers, Fr Baragry said he “was a wonderful role model for all young missionaries and humanitarian volunteers and richly deserving of the recognition he has now received.”

The paternalistic approach taken by Fr Seán, which often came in for criticism in the past, was now being championed by Pope Francis, which put the Fossa priest ahead of his time, he said.

The event opened with the screening of a 1977 Radharc television documentary on Fr Sean’s work, titled ‘Padre Joao is a Kerryman’.