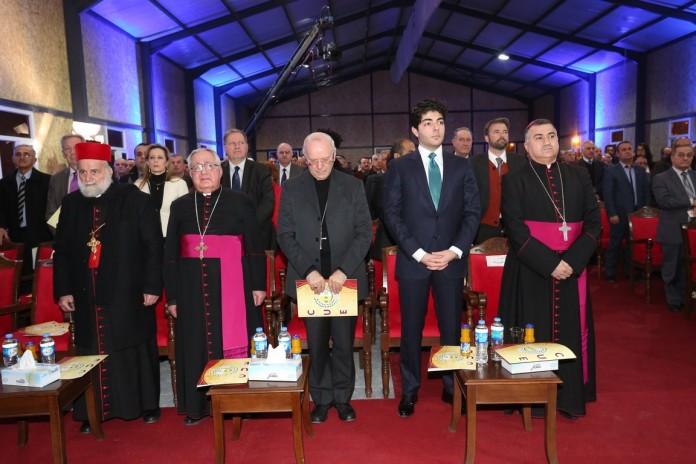 (Erbil) – December 8 was the date chosen for the opening of a new Catholic University, Erbil Campus, CUE in Iraq. The Chaldean Catholic Archdiocese of Erbil has warmly invited everyone to take part in the inauguration of this important centre of studies. In a statement people are encouraged to be part of “a path of education which will lead many to a future of prosperity and peace”.

The University’s foundation stone was laid at Ankawa, suburb of Erbil, capital of Iraqi Kurdistan, on 20 October 2012, in 30 thousand sq. meters of grounds made available by the Chaldean Church. Following a Synod for the Middle East held in Rome in 2010 – was told at the time by the Chaldean Catholic Archbishop of Erbil, Bashar Warda CSsR, a great patron of the initiative – first contact was made with the Saint-Esprit University in Kaslik, renowned college founded in Lebanon by the Lebanese Maronite Order, to ask for help and guidance for the realisation of the project.
The goal was to establish a private centre of university teaching open to all, in keeping with the demands of the market and closely associated with scientific research. From the beginning Archbishop Warda hoped to complete the work before the end of 2015, also to enable young Iraqi Christians to “continue to bear witness to the gift of the faith in their country”. The dramatic convulsions which unsettled northern Iraq turning precisely Ankawa into a haven of refuge for thousands of Christians forced by the advance of ‘Islamic State’ Jihad warriors to leave the Plain of Ninive, did not stop the project. An eloquent sign that Iraqi Christians, despite everything, still believe in the possibility of a future of peace and the ability to profess faith in Christ living in harmony with fellow countrymen of Muslim and other religious beliefs. (Agenzia Fides)