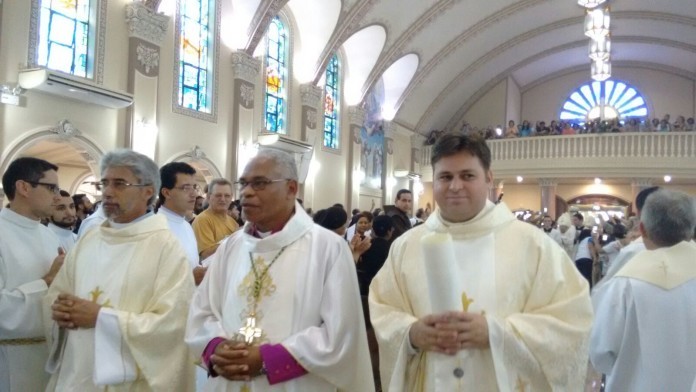 The Mass of ordination and installation of the new bishop of the diocese of Dourados (Brazil), His Exc. Mons. Henrique Aparecido de Lima, C.Ss.R., took place last Saturday (January 30, 2016), in the city of Dourados (Brazil). The celebration was presided by His Exc. Mgr. José Darci Nicioli, auxiliary bishop of the Archdiocese of Aparecida. As a representative of the Province of Rio has participated the provincial father Américo de Oliveira, C.Ss.R., and the father Vanderlei Santos, C.Ss.R. 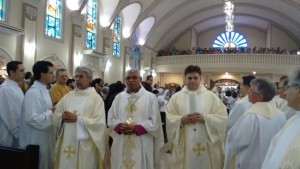 Msgr. Henrique was Provincial Superior of the Redemptorist of the Unit of Campo Grande and his appointment as new bishop of the diocese of Dourados took place in October 2015. The Redemptorist missionary has also held the following positions during his ministry: assistant priest in Ponta Pora (1999 -2001); Pastor of the parish of the Immaculate Conception of Aquidauana, Jardim diocese (2002-2007); Administrator of the diocese of Jardim (2007-2008); Vice-Provincial of the Redemptorists (2007-2014). 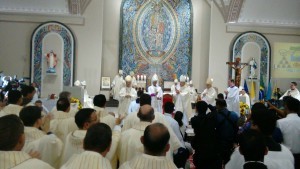