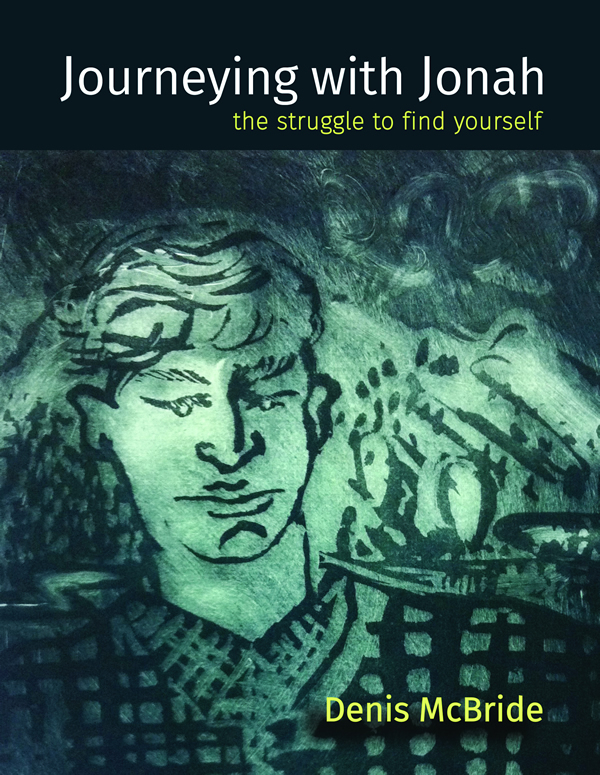 Journeying with Jonah: the struggle to find yourself, by Denis McBride C.Ss.R.
(Redemptorist Publications, 2015)

Journeying with Jonah: the struggle to find yourself is about an Old Testament prophet who is recognized by “everybody” but who, in fact, is rarely understood. Fr Denis McBride points out that Jonah is also one of the least likely role models we might ever encounter.

This book is a fascinating commentary on the human condition as revealed through the life of a very reluctant hero – which gives it a special relevance to anyone who is both struggling to discern their vocation and afraid of the consequences of saying “yes” to God’s call.

Jonah is much more like us than we would ever imagine. He is swallowed up by his eagerness to evade his responsibilities and suffers the inevitable consequences of navel-gazing and ignoring the urgent needs of the people around him. Worried about how other people will see him and afraid of looking foolish, he is “stubbornly centred on himself as the principal actor in the drama, as if somehow he is the architect of his own salvation”. Jonah is the persistent grumbler who only agrees to do what God asks because all other options have become unavailable, “the only biblical prophet who needed to be given his assignment twice”.

In other words, “Jonah is offered to us as an unusual teacher – awkward, reluctant, disobedient, opinionated, fearful, flighty; the one who remained stubborn to the end…”

McBride describes Jonah as “a believer in God”, but one who “struggles to come to terms with the awful strangeness of God’s choices which do not mirror his own; he grapples to find his true self and purpose in life; he tries to flee from the presence of God, hoping to find a sanctuary for himself beyond God’s reach; he is angry when he finds that God is not angry but all-merciful.”

Jonah witnesses God’s mercy in action, both on his own behalf and towards others and so of Journeying with Jonah: the struggle to find yourself is an ideal offering for the Year of Mercy.  In the conclusion, McBride reflects on “God’s indiscriminate mercy”, posing again the questions about identity, direction and outlook which are as relevant for us today as they were for Jonah, Jesus, the early Church – and ourselves.

Pope Francis recommended that Jonah is “a really interesting figure, especially for these times of great change and uncertainty”. Journeying with Jonah offers an excellent opportunity for learning more about the prophet himself and about one’s own, personal journey towards God.

Journeying with Jonah: the struggle to find yourself is available from Redemptorist Publications. See the website at www.rpbooks.co.uk