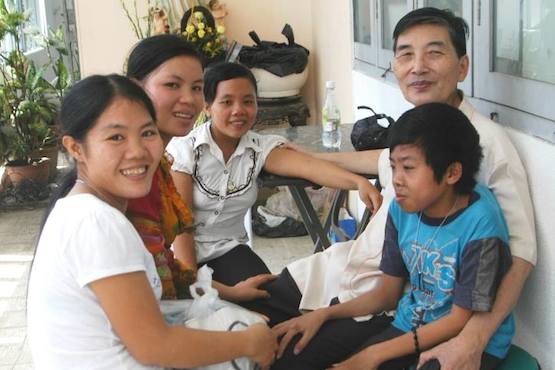 Vietnamese Catholics and activists are mourning a senior Redemptorist priest they said raisied hopes among the poor and oppressed, and worked for justice and peace.

Father Matthew Vu Khoi Phung, head of the Redemptorist monastery in Hanoi, died March 2. He was 76.

“Father Phung spent all his life bringing values of the Good News into social life and rousing glimmers of hope among the poor and victims of social injustice,” Father Jopseph Le Quang Uy told ucanews.com.

Father Uy said the late priest, who then was in his 30s, secretly held courses in the Bible, liturgy, sacraments, catechism and faith and sciences to strengthen the faith of young people after northern communists took control of U.S.-backed South Vietnam in 1975 and church activities were banned.

Many groups of people were formed to do something useful for domestic migrant workers, protection of life, HIV/AIDS patients, he said.

In 2008 he called on Catholics in Hanoi to pray for the government to return Redemptorist property that authorities confiscated and sold off. Although he was often threatened by government officials, Father Phung would visit and assist people who were detained, persecuted and imprisoned.

“Father Phung always accompanied us on the road to struggle for real democracy in Vietnam he wished. I really admire his enthusiasm,” an activist said.
(from UcaNews)