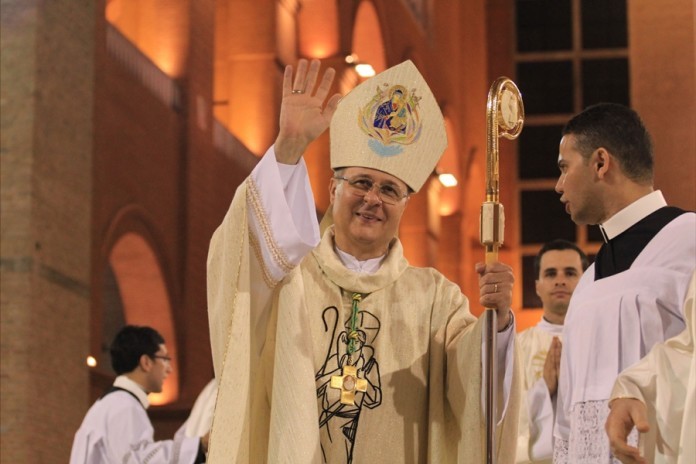 His Excellency Mons. Darci José Nicioli, C.SS.R., was born on May 1°,  1959 in the city of Jacutinga, Archdiocese of Pouso Alegre, in the State of Minas Gerais. He was professed as a Redemptorist on January 31st, 1982 and was ordained as priest on March 8, 1986.

He studied Philosophy at the Pontifical Catholic University of Campinas (1977-1980) and Theology at ITESP – “Instituto Teológico São Paulo” (1982-1985). He also obtained the Licence in Sacramental Theology at the Anselmianum in Rome (1986-1988).

On November 14 2012 was appointed as Titular Bishop of Fico and Auxiliar of the Archdiocese of Aparecida and received the episcopal ordination on February 3rd 2013. He is the President of the Commission for the Social Communication of the Brazilian Bishops Conference.