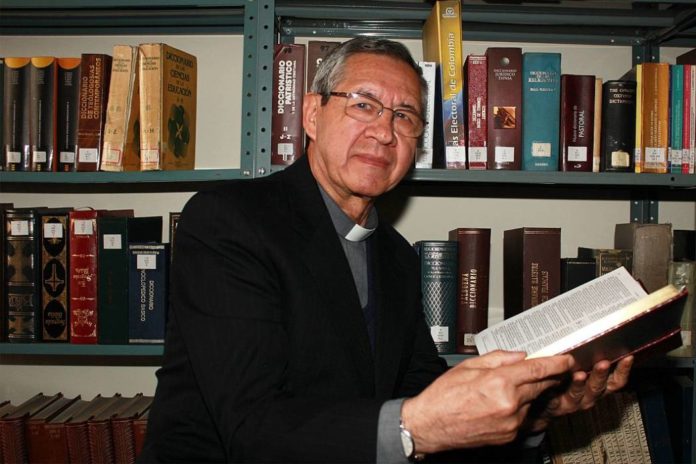 (Bogotà, April 30, 2016) – A Spanish translation of the Holy Bible was released during the International Bookk Fair of Bogotà 2016.

“It is 12 years of hard work and prayer”, said Fr. Luis Albert Roballo Lozano C.Ss.R.  He is the director of the project and author of the translation.  The text was submitted last April 30th, and now it has been published with the necessary approval of the Bishops Conferences of Colombia, Honduras, Dominican Republic and Mexico.  This new translation has been made from the original Latin texts of Neovulgata.

Efforts have been made to produce a universally accepted langauage, that is inclusive, cross cultural, and respectful of a wide variety of literary genres and environments and traditions. The translation has been produced keeping the Spanish speaking world in mind.

“We wanted to offer a constructive dialogue in an environment where it was necessary to be careful to the use of items such as violence and gender, polemic and political or ideological choice, based on respect for religious and open to the thought and life that it is inspired to the Bible.  Catholic language is used, but without excluding any religious group, whether Christian, non-Christian, or even a non-believer”, said Fr. Roballo.