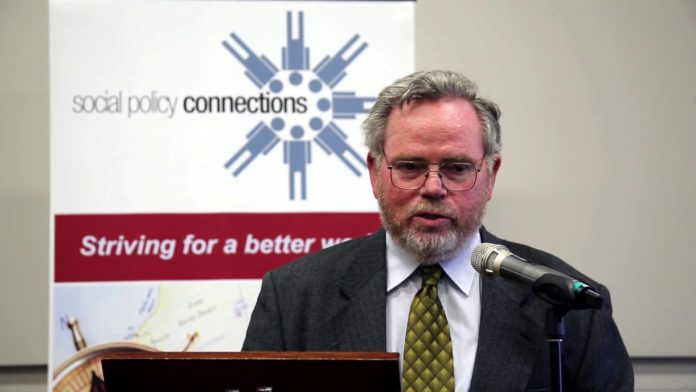 (Melbourne, may 19, 2016) – Rerum novarum (from its first two words, Latin for “of revolutionary change”[n 1]), or Rights and Duties of Capital and Labor, is an encyclical issued by Pope Leo XIII on 15 May 1891. It was an open letter, passed to all Catholic bishops, that addressed the condition of the working classes. 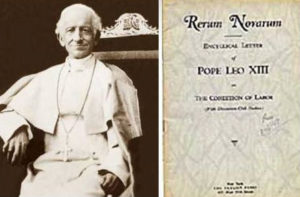 It discussed the relationships and mutual duties between labor and capital, as well as government and its citizens. Of primary concern was the need for some amelioration of “The misery and wretchedness pressing so unjustly on the majority of the working class.”[Rerum novarum, p. 3] It supported the rights of labor to form unions, rejected socialism and unrestricted capitalism, whilst affirming the right to private property.

Here a tribute text from redemptorist of Australia: 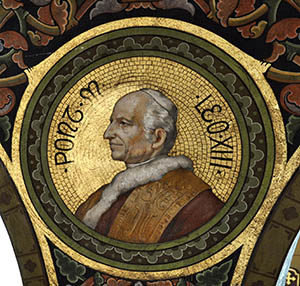 Pope Leo XIII It is unlikely Pope Francis would be waving the flag of social justice so boldly on the world stage had Pope Leo XIII not written his famous manifesto, Rerum Novarum, On the Condition of the Working Class, 125 years ago.

Francis is expanding on what Leo called for in 1891: fair wages for working people; a more equitable distribution of wealth and ownership; support for trade unions so workers could bargain with employers with a degree of equality and power; recognition of the right to strike to defend essential rights; the State to regulate working conditions and the economy to protect workers and the common good; and establishing a system of arbitration and conciliation to mediate between employers and employees.

Leo attacked the greed of ‘unchecked competition’ that reduced workers to ‘a yoke little better than slavery itself’. He defended the right to property, but urged the State ‘to induce as many as possible of the people to become owners’ so working people to have a larger share in the distribution of wealth.

Such criteria remain vital even in Australia, but much more so, as Francis insists, in countries struggling to achieve decent living standards for their people.

Francis is absolutely determined to highlight the opposition of Christian social thinking to the tenets of neoliberalism or market fundamentalism, an ideology which assumes that free markets of themselves will produce the best outcome, and which pushes aside considerations of social or distributive justice.

Francis blames neoliberalism for much of the economic trauma the world has suffered since the 1980s. As adopted by Ronald Reagan in the United States and Margaret Thatcher in Britain, neoliberalism emphasised supply-side economics, deregulation of restraints on business, liberalisation of capital controls, privatising state-owned enterprises and downsizing the role of government.

Neoliberalism also prescribed tax cuts for upper-income groups, resulting in growing inequality; and it increased pressure to reduce wages for working people, as we see in casualisation of the workforce.

Francis’ attack on this virulent philosophy is not new. You can trace this resolute rejection of earlier forms of ‘economic liberalism’ through the writings of all the recent popes.

“Francis’ attack on this virulent philosophy is not new. You can trace this resolute rejection of earlier forms of ‘economic liberalism’ through the writings of all the recent popes.”

In his attacks on the greed, fraud and corruption in key economic sectors Pope Francis is insisting that the message of Pope Leo applies worldwide.

Popes do not take such strong positions on contentious social issues on mere whim. Rather, on the advice of experts, they are articulating the experience of people struggling to improve human wellbeing.

Behind Leo XIII stretched over a century of social activism throughout Europe and Britain, as well as Australia and the USA. We at times overlook how significant were leading reformers like Frederic Ozanam, a founder of the St Vincent de Paul Society, who was a leading political activist and social reformer. Such determined men and women helped the churches to take a clear moral stance and mobilise public opinion to improve economic and social conditions.

It would be a mistake to see Rerum Novarum as simply a Catholic document. Other Christian traditions helped shape it, including through the English Cardinal Manning who had been an Anglican priest and social activist, and brought the Anglican tradition of social concern into the English Catholic church.

“It would be a mistake to see Rerum Novarum as simply a Catholic document. Other Christian traditions have helped shape it.”

Manning was also a close friend of the Booths, founders of the Salvation Army, and admired their work so much that he raised funds for them and wanted to set up a Catholic version of the Army. The social activism of these and other churches helped form Manning’s views, and influenced how he interpretedRerum Novarum in the English-speaking world.

Rerum Novarum inspired generations of lay men and women as social activists who at times had to challenge other Catholics and clergy to engage with the social issues more robustly. Jacques and Raïssa Maritain were once regarded as dangerous radicals for denouncing the crusade mentality during the Spanish Civil War and declaring that killing in the name of God risked blasphemy. Recent popes have reiterated that message strongly.

Some fabulous women also helped develop the Catholic social tradition. The famous economist Barbara Ward worked with Pope Paul VI to push through the Vatican Council document, The Church in the Modern World, and to set up the Pontifical Commission for Justice and Peace. Recall also Australian member of international women’s movement the Grail, Rosemary Goldie, working in key positions in the Vatican to help develop lay social activism.

Rerum Novarum can claim to be the fruit of historic struggles in the factories and workshops of many countries by men and women of courage and conscience from many religious traditions.

RERUM NOVARUM – ENCYCLICAL OF POPE LEO XIII ON CAPITAL AND LABOR
(Original text given at St. Peter’s in Rome, the fifteenth day of May, 1891)