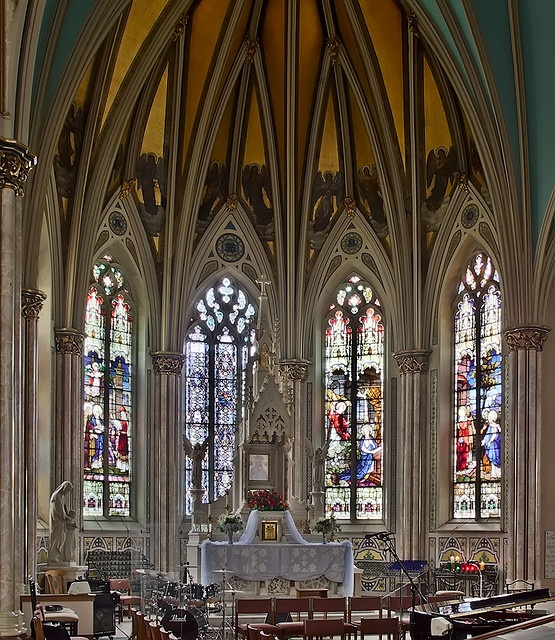 (Denver, June 22, 2016) – Redemptorist missionaries around the world are celebrating 150 years of promoting devotion to Our Mother of Perpetuai Help- one of the most beloved images of the Mother of God, widely acclaimed for miraculous intercessions- on her feast day of June 27. The milestone anniversary celebration aIso launches a renewal of the Redemptorist ministry to preach the Gospel, especially using the lcon of Our Mother of Perpetuai Help to illustrate the mystery of redemption: the incarnation, passion, death and resurrection of Jesus.

While the faithful gather in Rome and major centers of Redemptorist ministry throughout the world, the Redemptorists of the Denver Province are hosting a capacity crowd at the historic St. Alphonsus “Rock” Church in St. Louis, MO, where the seed of the perpetuai novena was planted in the USA on July 11, 1922. Historians credit those humble beginnings with catapulting the fulfillment Pope Pius IX’s mandate to “Make her Known” when he entrusted the Redemptorists with the Perpetuai Help lcon in 1866.

Very Rev. Stephen Rehrauer, C.Ss.R., Provincial Superior of the Denver Province, encourages everyone to participate in the Jubilee Mass and Celebration. Redemptorists ministering elsewhere in the country are joining members of Redemptorist parishes, those closely associated in ministry, and the faithful who have a particular devotion to Our Mother of Perpetuai Help, in St. Louis. EWTN, the global Catholic television network, will broadcast the Jubilee Mass worldwide for those who would like to participate but are unable to travel to St. Louis. Check locallistings, or watch the live satellite broadcast online at: http://www.ewtn.com/multimedia/live.asp

Archbishop Joseph W. Tobin, C.Ss.R. of the Archdiocese of Indianapolis will preside at the Jubilee Mass and impart the Papal Blessing. A plenary indulgence for the faithful present at the Jubilee Mass and those following the EWTN broadcast with pious devotion will be granted according to the usual conditions: sacramental confession, Eucharistic communion, and prayer for the Holy Father’s intentions.

Concelebrants include: Very Rev. Stephen Rehrauer, C.Ss.R., Provincial Superior of the Denver Province and his leadership team; Very Rev. Mark Rivituso, Vicar General of the Archdiocese of St. Louis (representing Archbishop Robert Carlson); Rev. Rick Potts, C.Ss.R., pastor of St. Alphonsus “Rock” Church; and a great many other Redemptorist priests and Brothers, many of whom have served at St. Alphonsus “Rock” Church. The trilingual liturgy will feature readings and music in English, Spanish and Vietnamese, and three choirs: the Choirs of St. Alphonsus “Rock” Church directed by Malcolm Speed; the St. Martin of Tours Choir directed by David Byrne; and the Vietnamese Choir directed by Phung Le, which will perform music by Fr. Thanh Tam, C.Ss.R. of the Province of Vietnam.

Fr. Matthew Allman, C.Ss.R. of the Baltimore Province composed the processional hymn, “Perpetual Help We Name You,” specifically for the Jubilee Year. “O Bella Mia Speranza,” a Marian hymn composed by St. Alphonsus Liguori, founder of the Congregation of the Most Holy Redeemer (Redemptorists), will highlight veneration of the Icon of Our Mother of Perpetual Help at the close of the liturgy.

Redemptorists and guests will enjoy a reception and the opportunity to view a historical exhibit highlighting the 150-year history of the Redemptorists and Our Mother of Perpetual Help in the western USA. In addition to authenticated miraculous intercessions, highlights include: a display of vintage novena booklets; the history of devotion at St. Alphonsus “Rock” Church; how devotion spread throughout the USA and to the foreign missions; and a showcase of Perpetual Help images.

A special Jubilee Missionary Icon commissioned for the milestone anniversary will travel to Redemptorist ministry sites in the Denver Province with portions of the historical exhibit through June 2017.