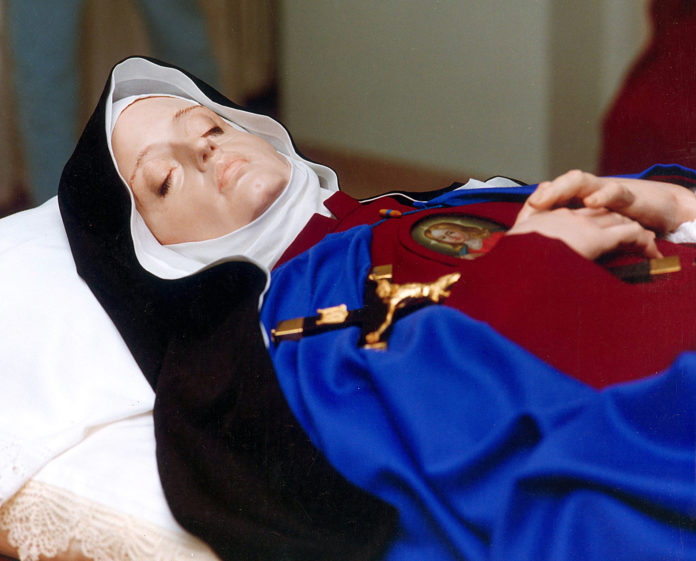 (Foggia, Italy) Sr. Maria Celeste Crostarosa, the foundress of the Order of the Most Holy Redeemer (OssR) is beatified on 18th Saturday, June 2016 at Foggia, Italy at 10. 30 during the Solemn Eucharistic Celebration.  The ceremony took place at the Cathedral square in front of the Sanctuary of the ‘Beata Vergine Maria di Dio Incoronata’. Cardinal Angelo Amato presided over the beatification on the pope’s behalf. Hundreds of people witnessed the beatification ceremony along with many Redemptoristine Nuns who came from different parts of the world. 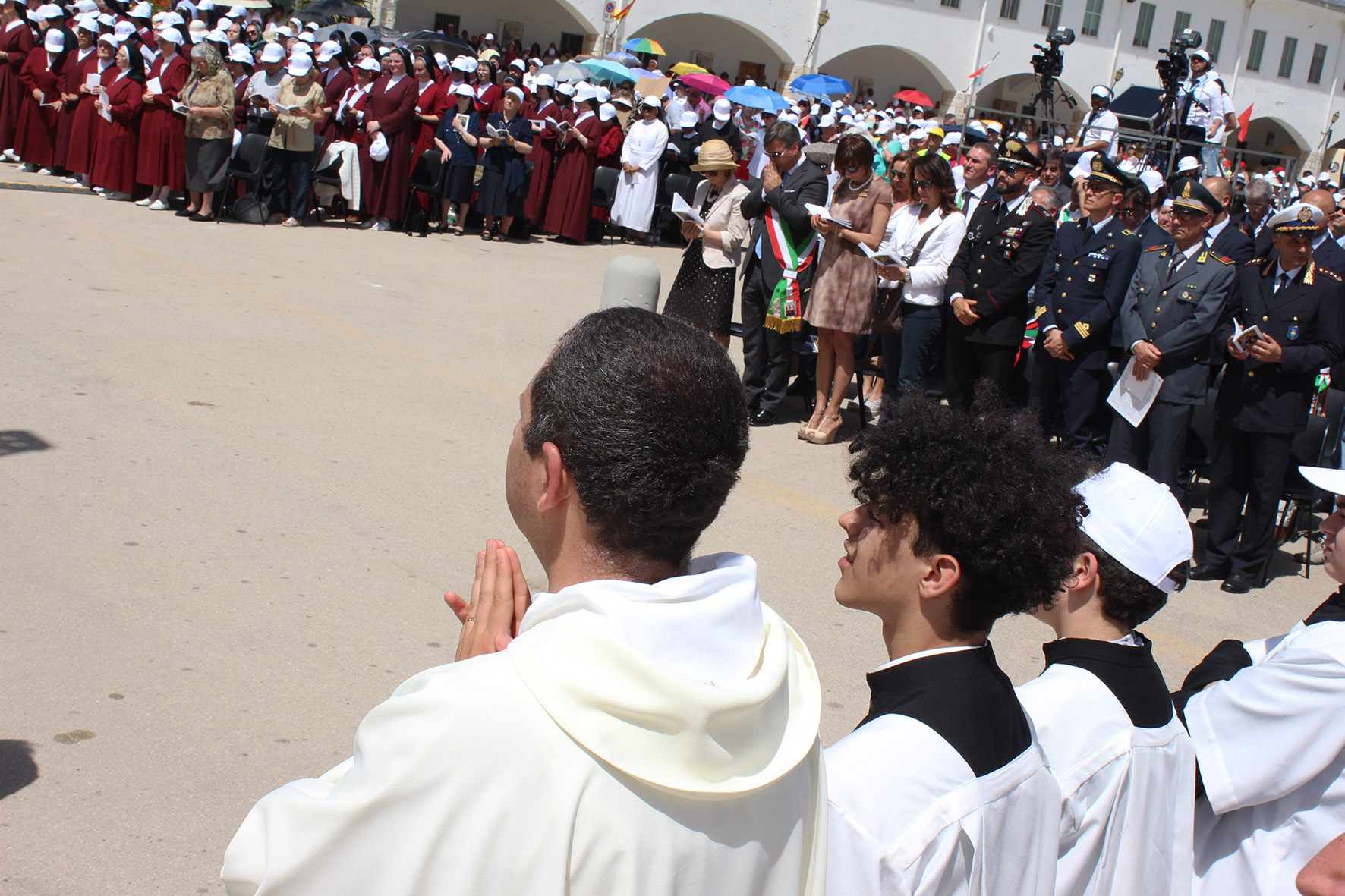 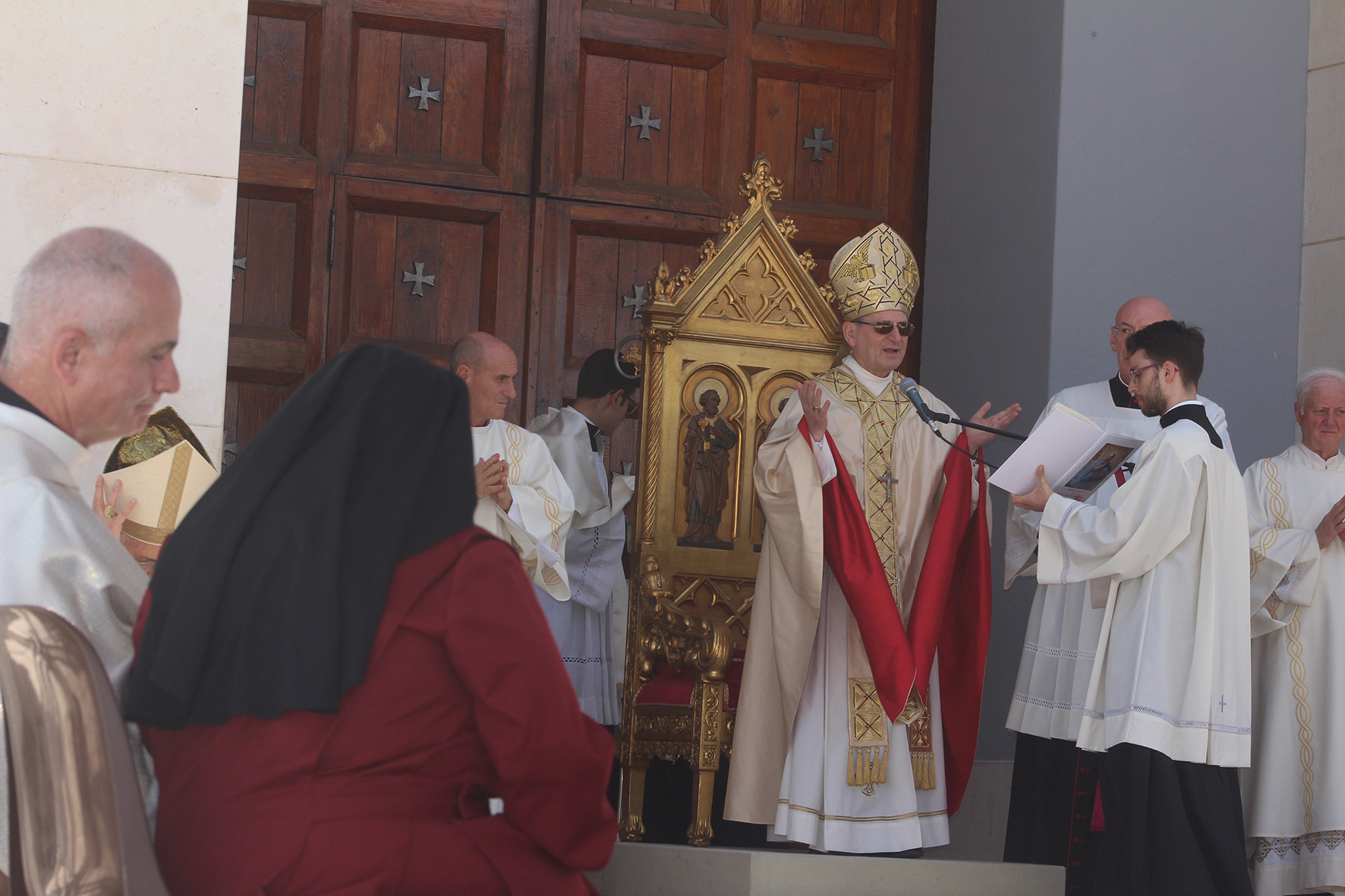 The beatification process opened in Foggia on 11 August 1901. The two processes that ensured were validated in 1999. The Congregation for the Causes of Saints was given the Positio in two parts in 1999 and 2002 in order to determine if she had lived a life of heroic virtue according to the precepts of the Christian faith.Pope Francis approved the findings of the Congregation and proclaimed her to be Venerable on 3 June 2013 on the account of her heroic virtues. A miracle attributed to her intercession was investigated on a local level and was validated on 6 December 2013. The pope approved the miracle on 14 December 2015. 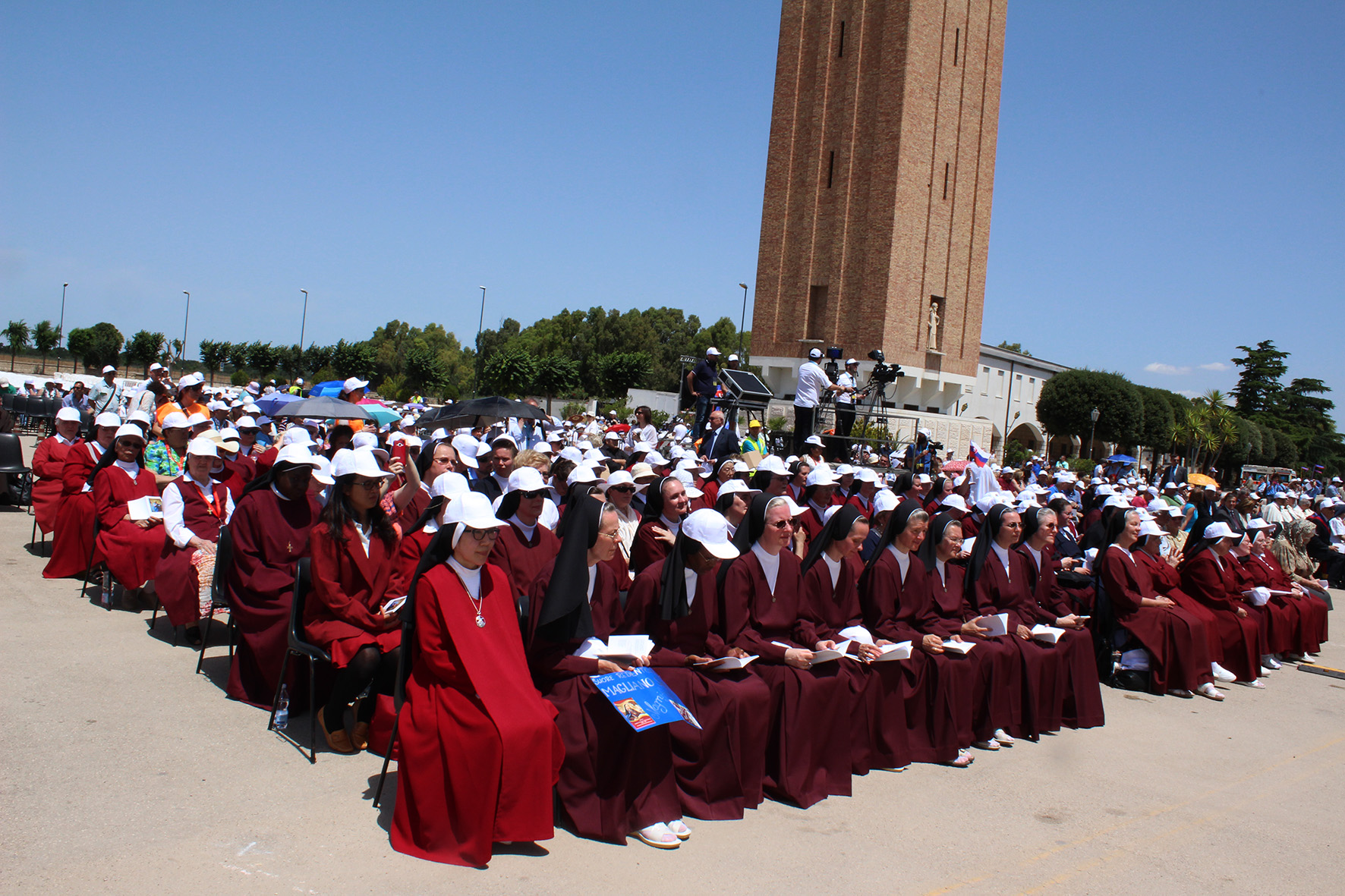 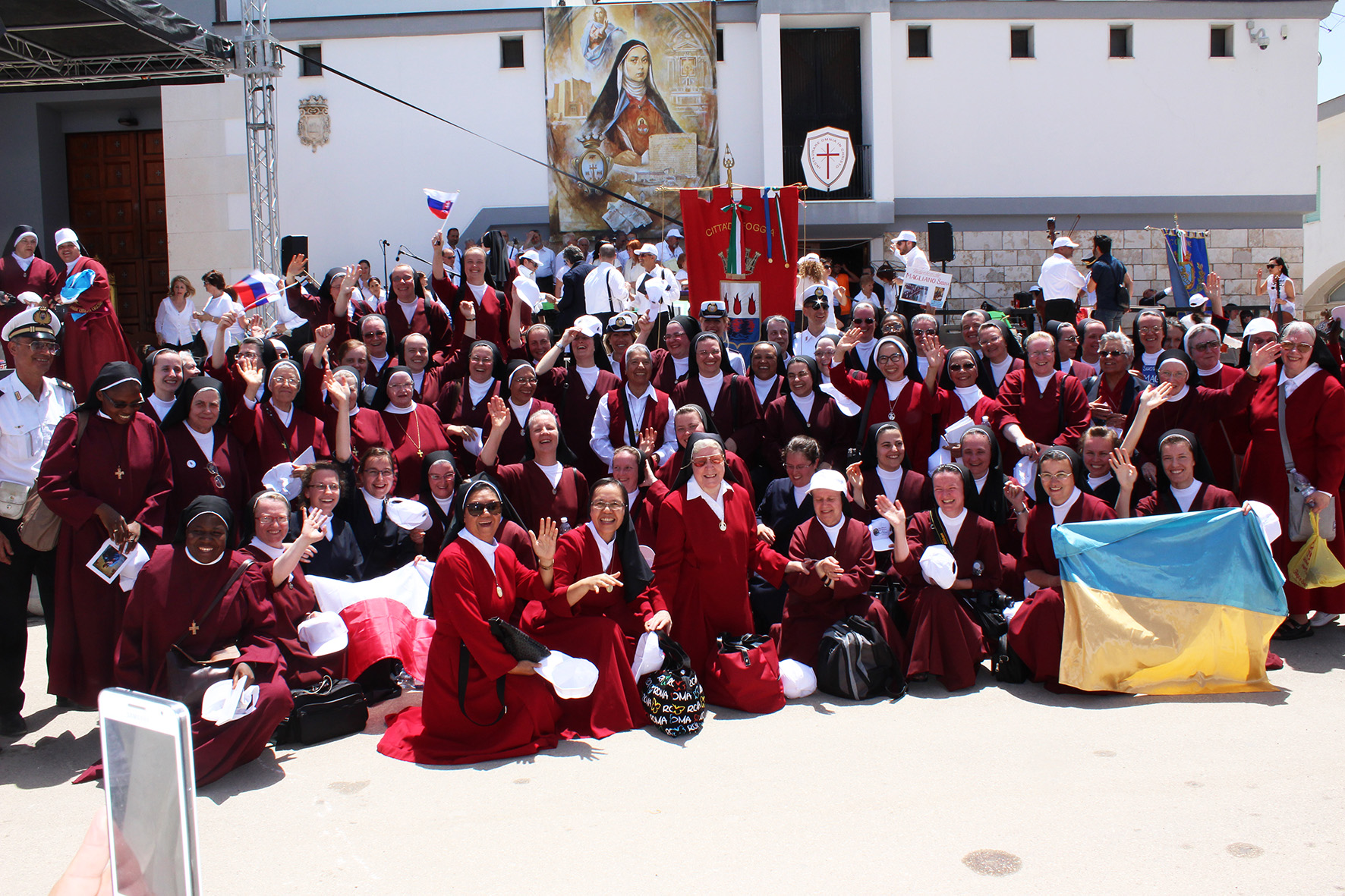 Venerable Maria Celeste Crostarosa was born in Naples, of a noble family, on October 31, 1696. Baptized Julia Marcella Santa, she was the tenth of twelve children. She was idolized by her siblings for being a lively youngster, vivacious, sensitive, and of good intellect. By the age of five or six, Julia began to experience an unusual sense of intimacy with Jesus, ‘…knowledge of His divinity in such a sweet way that she conceived the idea of loving and serving Him.’ At the age of twenty, she and her sister entered the Carmel of Marigliano, but the monastery was suppressed because of outside interference from a local Duchess necessitating their departure after only five years in religious life. But while still there, Julia had met Monsignor Thomas Falcoia, who was giving the community a retreat. He suggested that it was the Will of God that she and her sisters – another younger sister had joined the two – should go to a monastery in Scala where he had reformed a community to the spirit and practice of the Visitation Congregation.

As a Novice named Sr. Maria Celeste, she received a revelation and was ‘made to understand God’s plans for a new institute which the Lord would place in the world by means of her which would have for its laws and rules His very life.’ Under the direction of Monsignor Falcoia, and with the enlightened support of St. Alphonsus Liguori, the Visitation convent was reformed according to the Rule Celeste had received from the Lord on April, 25, 1725.

The Order of the Most Holy Redeemer was officially founded on the Feast of Pentecost, May 13, 1731. The vocation of the Sisters was to be a ‘living memory of Jesus.’ On the Feast of the Transfiguration the Sisters received the dark red habit, the color of love, which reminds the world of God’s deep and infinite love for all humankind.  When Monsignor Falcoia, now a bishop, wanted to alter the Rule and be the only spiritual director for the entire community, Celeste resisted out of obedience to her conscience. She was forced to leave the monastery with her sisters on May 25, 1733. After five years spent in reforming a monastery at a Bishop’s  request, she finally realized her dream of living the Rule the Lord had given her by establishing her own monastery in Foggia, near the Adriatic coast.

The spiritual journey of Maria Celeste, favored as it was with many mystical experiences is also characterized by obedience to conscience, by a constant search for the meaning of the Gospel, and simplicity of life. Maria Celeste Crostarosa died on the Feast of the Triumph of the Cross, September 14, 1755. Her earthly remains are venerated to this day in the monastery of Foggia.

You can watch the entire ceremony of beatification here: http://tv-trwam.pl/film/beatyfikacja-sluzebnicy-bozej-marii-celeste-crostarosy-ossr