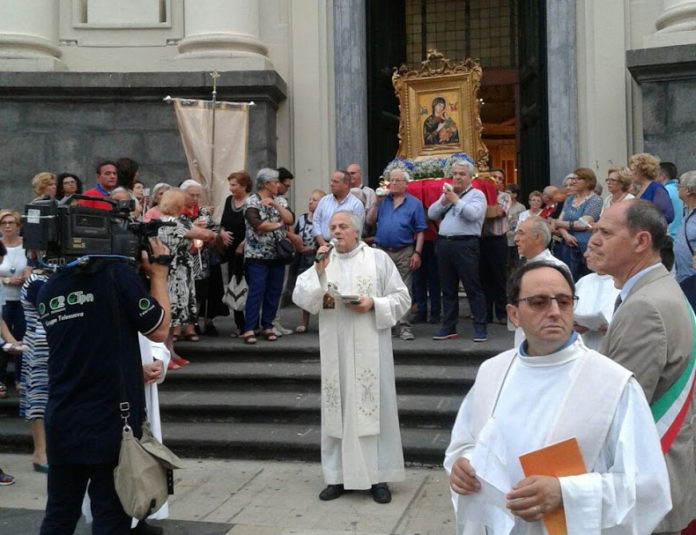 (Pagani, Italy) As we close the extraordinary Jubilee of the Icon of Our Mother of Perpetual Help her in Pagani, we also begin an extraordinary year to celebrate the 200th anniversary of the beatification of St. Alphonsus.

In this year we restarted the Perpetual Help Novena to Our Lady that is recited every Saturday before the Vigil Mass. United in spirit our Confreres in the nursing home for the sick also join the devotion by reciting the novena their chapel. 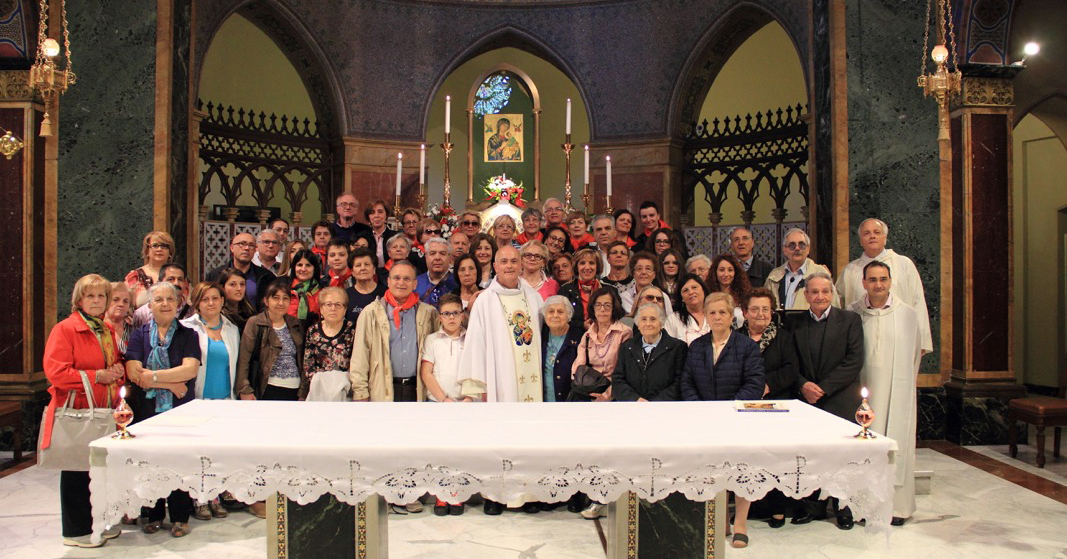 Pilgrims from Pagani in the Shrine of Mother of Perpetual Help, Rome (May 21, 2016)

The interest to restart the devotion of Perpetual Help grew among the people after we organizing a pilgrimage to Rome last May where the important moment was the Eucharistic celebration presided by Most Rev. Fr. General.

In this year we have seen a large number of pilgrims here in Pagani. Most of them came as part of the Jubilee of the Icon of Mother of Perpetual Help, though the extraordinary jubilee year of Mercy and the beatification of Mother Celeste Crostarosa also attracted many pilgrims.

Numorous groups from all over the world have visited the tomb of St. Alphonsus taking with them his memories and, in particular, the Alphonsian Museum that was opened in 1990 by St. John Paul II.

A group of young volunteers from Pagani called “Friends of St. Alphonsus” supported us in receiving and guiding people to the Alphonsian Places.

As we close this special year, here at Pagani we will open another year (August 1, 2016 to 2017) to celebrate the bicentennial of the beatification of St. Alphonsus by Pope Pius VII (15 September 1816). 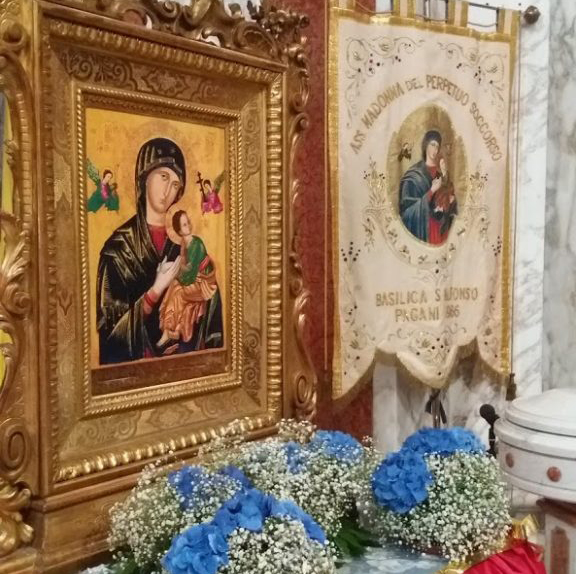 Within this year we propose a number of initiatives that are already in advanced stages of implementation such as:

1 – Study days and Alfonsian concerts. These will be organized in the different municipalities (Pagani, Scala, Mercato San Severino, Caposele, Marianella and Sant’Agata dei Goti) in different ways but with more focus on the scholastic world and the culture in general.

2 – Painting Exhibitions to be held at the Basilica of the Saint. An exhibition should cover about 30 works kept in the basilica and never exposed to the public.

3 – Readings of Alphonsian literature to be held in the cloister of our monastery together with the music related to our founder.

6 – Pagani, city of Christmas. And ‘this idea that we would like to give more thoughts to implement proposing a series of initiatives and events on the occasion of Christmas.

7 – Feast of St. Alphonsus. The feast should also be the occasion to honour the Saint by starting the process of dialogue and proposals between the civil and the religious reality.