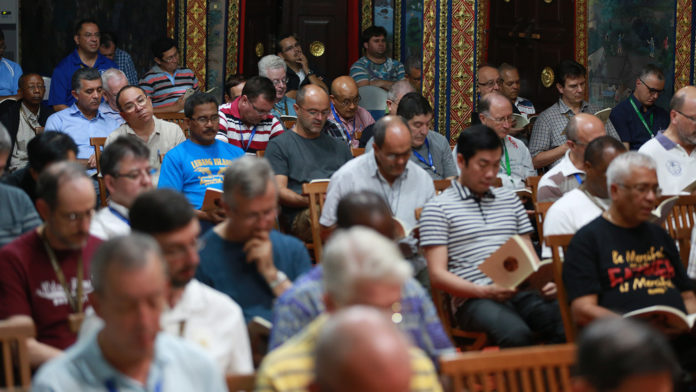 Cardinal Luis Antonio Tagle, the Cardinal Archbishop of Manila in the Phlippines, continued our retreat day with a second reflection in the afternoon. He focused our attention on solidarity in community life, especially for consecrated religious. He reminded us to pay attention to the cultural context in which each of us lives.

He began by pointing out that every community is composed of individuals who come from different cultures, i.e., with different expectations, different ways of doing things, different emotional responses. When a religious community comes together—which is God’s work in choosing these individuals to live together—attentiveness to the uniqueness of each person is important so that a common direction can then be chosen without running roughshod over individuals. Respectful dialogue and, especially, listening become critical to building a community that is a prophetic witness to respect and solidarity or communion of persons precisely in the care of community members for each other. 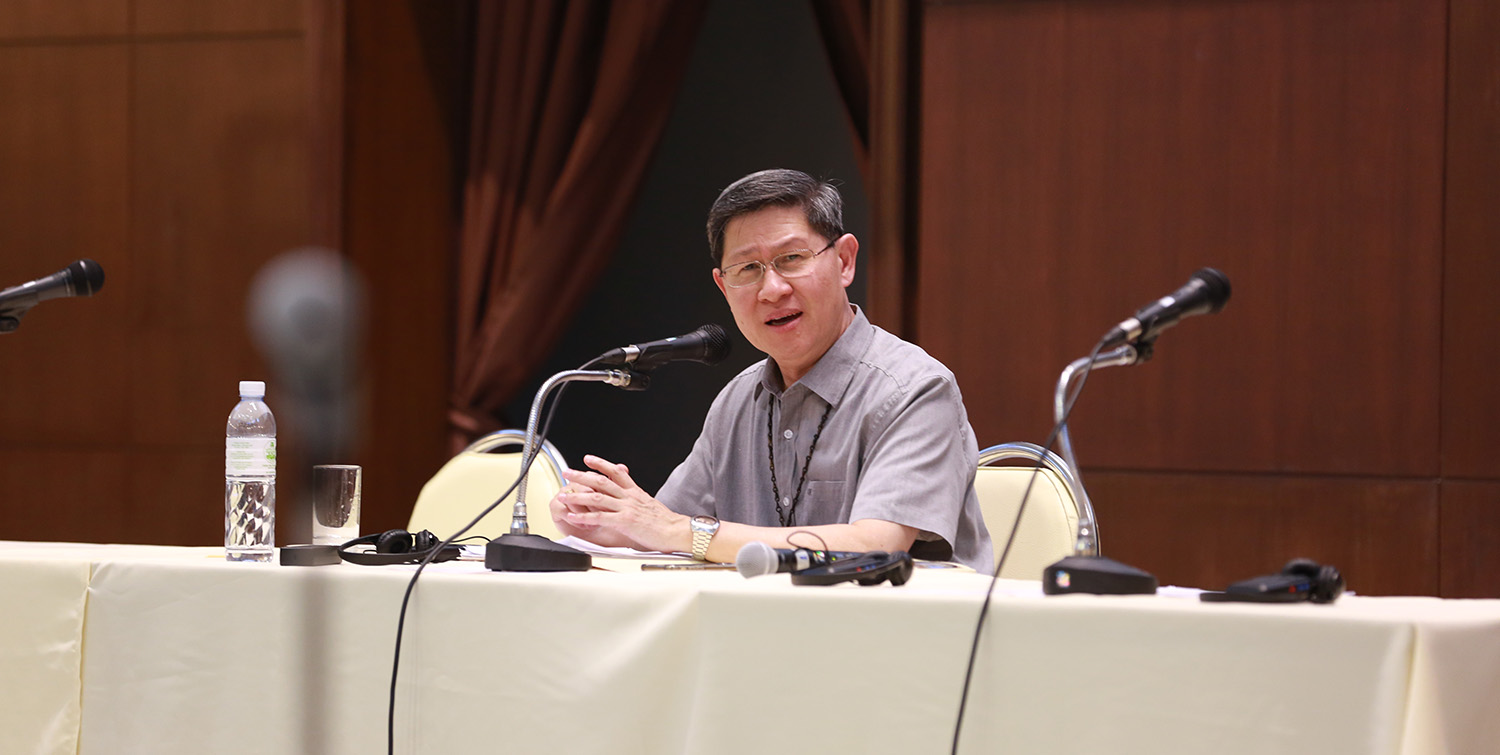 Next, Cardinal Tagle pointed out two aspects of modern culture which infect each of us in almost unconscious ways. We live in what he called a culture of ‘alienating individualism’ which so readily sacrifices community for personal desires or self-fulfillment. And, secondly, as Pope Francis has pointed out, we live in a throw-away culture that is all too ready to move on to the newest item instead of valuing the gifts we already have. And, unfortunately, as we throw away things we also often ‘throw away’ people, such as migrants or the poor or the handicapped. 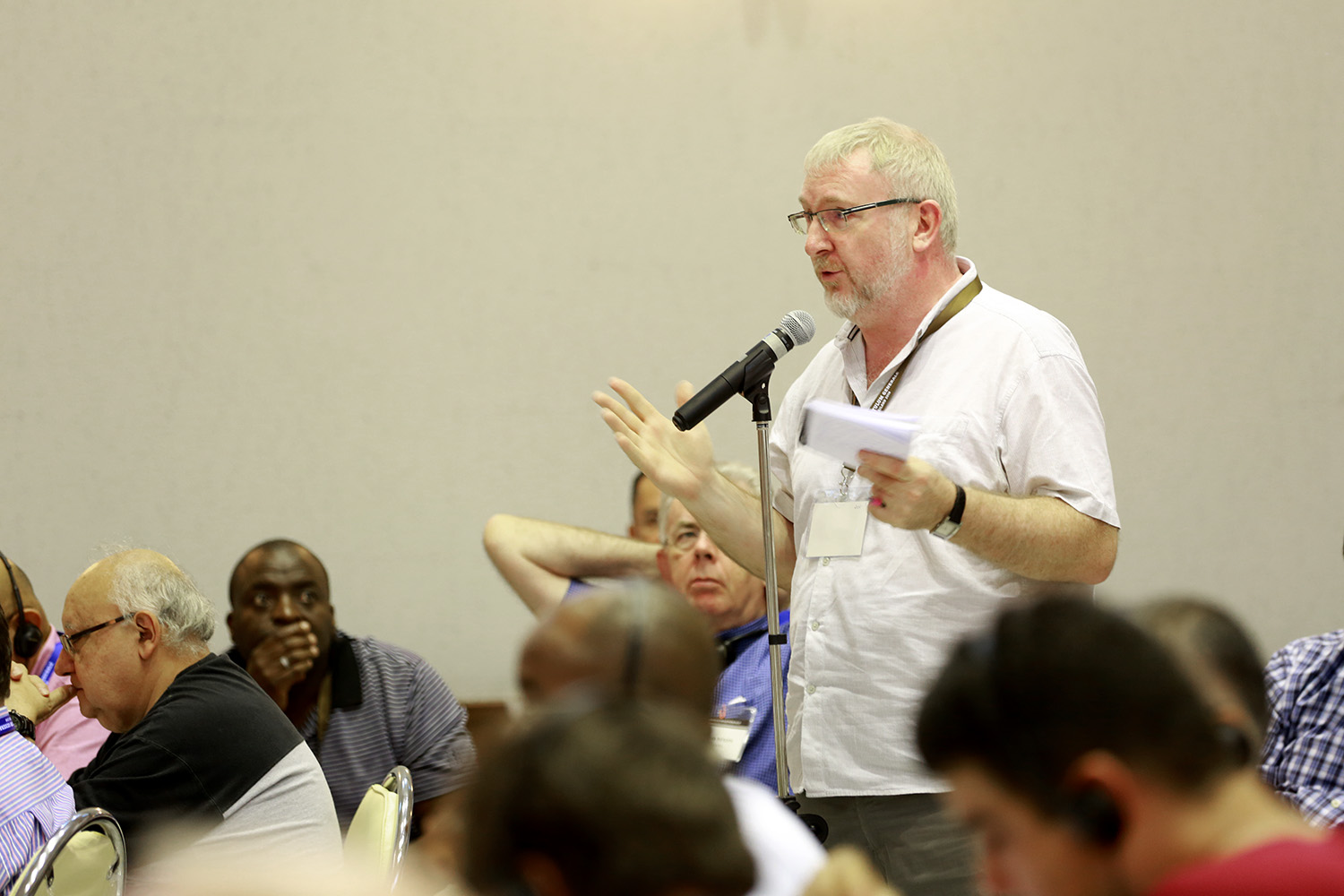 Both of these cultural realities make true community, which is based upon receiving the gifts offered by God and others, a challenge today. But not an impossibility! Knowing Jesus and his intimacy with the Father and the Spirit is the basis for prophetic community, where intimacy is not a cloying sentimentality but a true respect for the gift of one another and the call to solidarity and harmony for the sake of the mission. 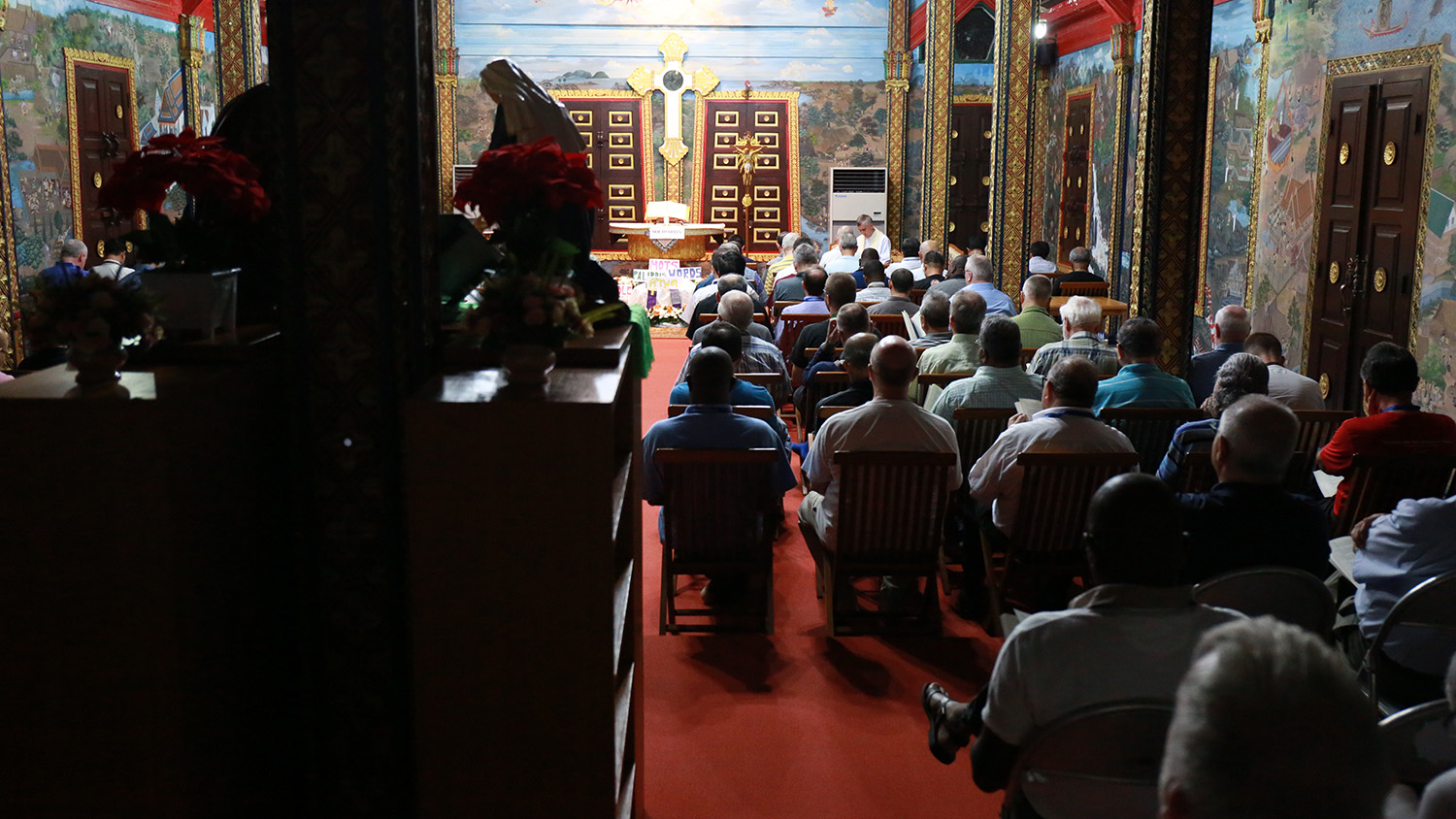 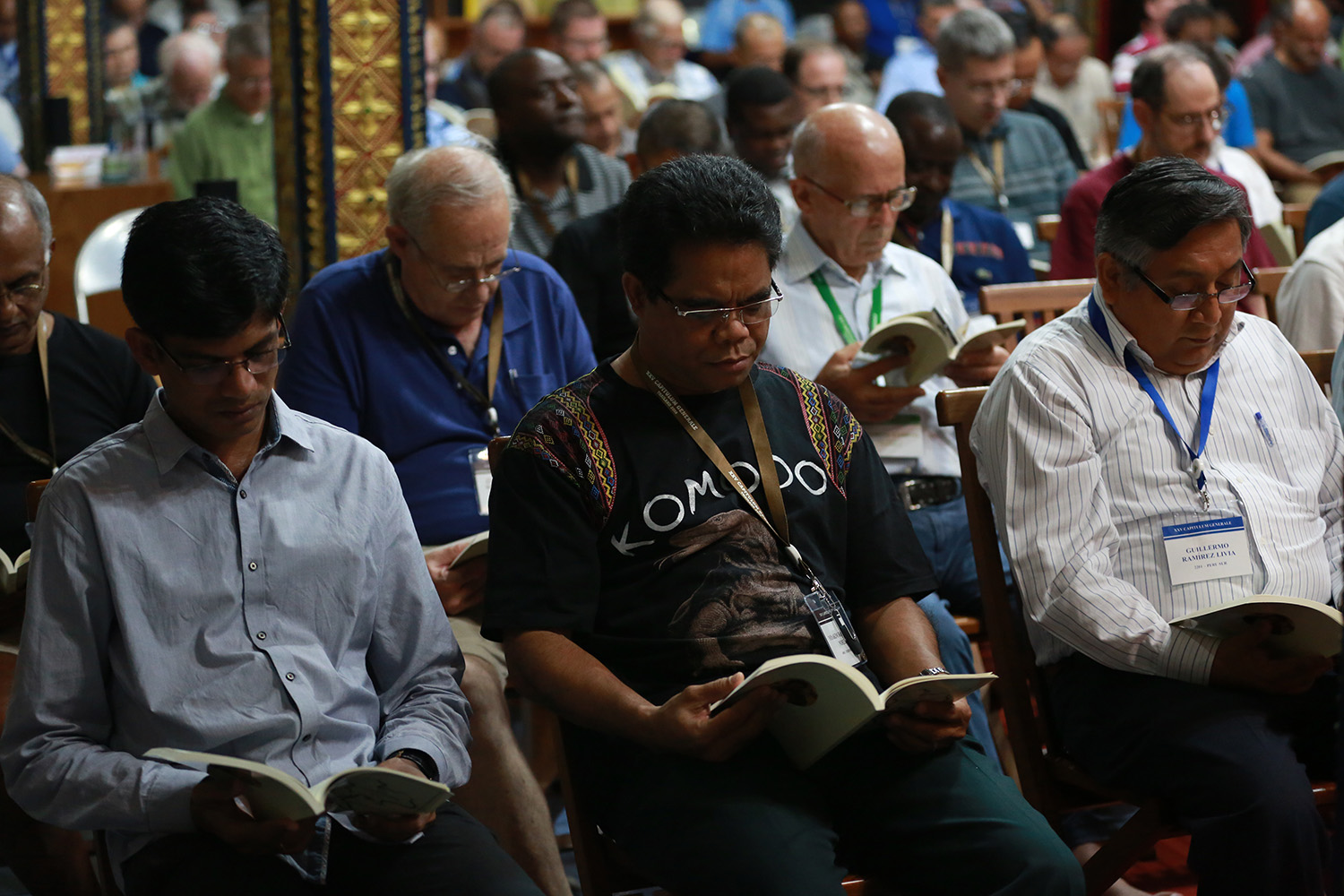 The retreat day concluded with a Holy Hour of prayer in the beautiful retreat chapel, built in accord with Thai architecture, symbols, and art.
The day of prayer has been a great reminder that we are here to do God’s work, not to be good administrators and get through the work of a Chapter. Thus, the opportunity for Chapter delegates to listen to God in contemplative prayer and in dialogue with one another could not have come at a better time.