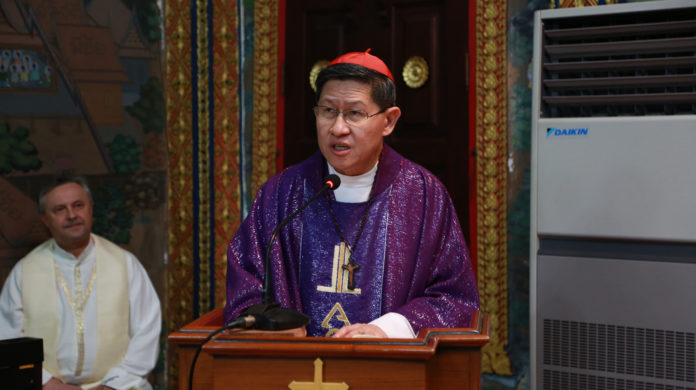 The day began with Office for the dead since it is All Souls’ Day . It was led by the liturgy commission.

Cardinal Tagle will be leading us for the next two days of recollection.

He spoke of the grace of this Year of Jubilee of Mercy and of the emphasis on solidarity with the poor. He also emphasised the mercy of God as manifest in tenderness, adding that the first victims of a lack of tenderness are always the poor. 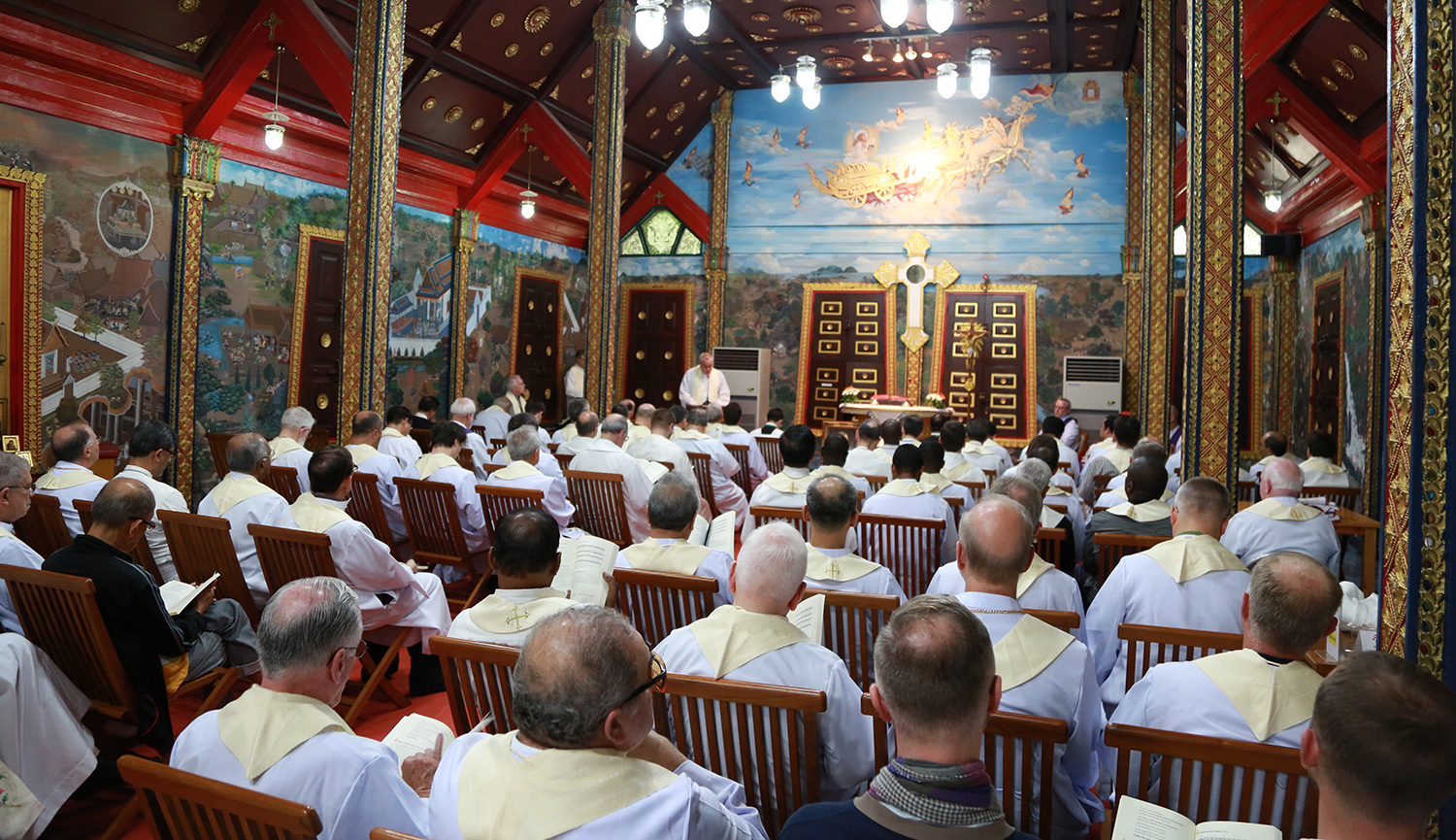 The cardinal then spoke of the instinctive attachment of a mother to a child as being a metaphor of God’s love for us. We need to build on this by thinking of others as my brother or my sister – no one is separate from me.

He then referred to the parable of the Good Samaritan and spoke about the Levite who was an expert on law and Who wanted to use it to limit the definition of “who is my neighbour”. Anyone, indeed even the outsider is a neighbour.

Because the person lying by the side of the road might ha e been dead, the Levite was afraid of becoming ritually impure but the Samaritan lifted him up. So our sense of communion cannot be limited by ethnic surroundings. Even the enemy is my child.

Likewise in the parable of the lost son, we should remember that there was a lost brother also. 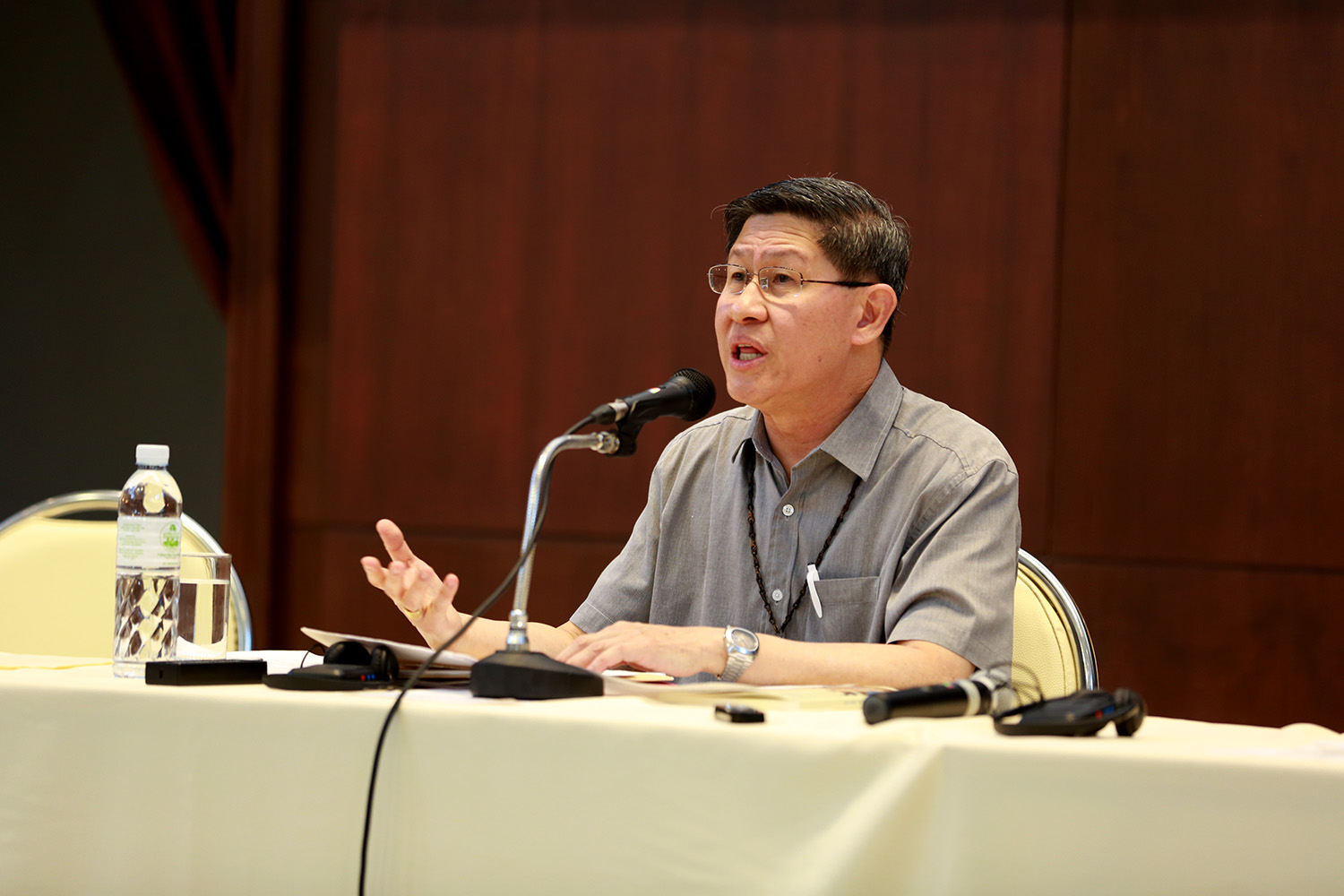 The cardinal reminded us that the poor are not a category but are human beings who are part if us. They endure the wounds of thirst and injustice as well as the wounds of infidelity in family life which causes each member of the family to be wounded.

Individualism also wounds charity and limits communion. So often we see migrants and refugees blamed for the social and economic problems of our world.

Wounds call for healing and we must be agents of healing. Remember the appearance of Jesus after the resurrection when he invites Thomas to put his hand inside of him, inside his side. This is solidarity and communion. 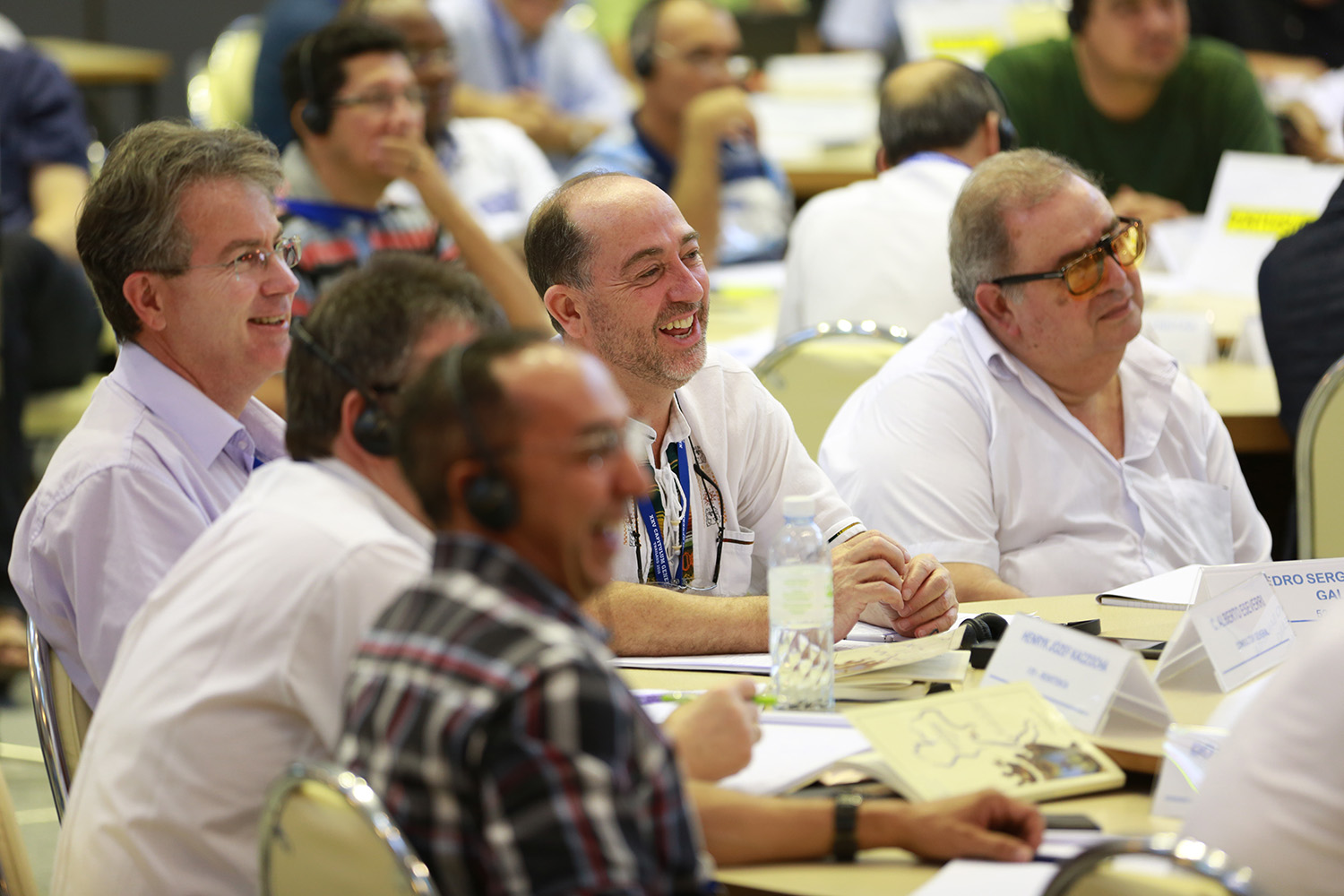 Wounds remain wounds and our world is full of wounds. Indeed only a wounded faith is credible; and we are invited to put our hand into the wounded side of the poor.

When we deny wounds, we deny our mortality and so we distance ourself from others. In fact if we deny death, we inflict death. If I cannot feel pain then I kill my capacity for love.

The cardinal ended with a very moving story of a lady who was a refugee and felt she was was totally alone until she realised that she was not the only one who was crying. Only then she felt solidarity and communion.

The Cardinal also led our common celebration of the Eucharist for our beloved dead and for those who have no one to pray for them.

He again spoke of solidarity and the communion of saints. He stated that sickness is a foretaste of death. Sickness can isolate you and so increase the fear of death. Through life comes in our communion with death.

When we die many things die…. relationships and rituals. Jesus will not allow anyone to die. He entered death and therefore death is no longer isolation – but communion with Jesus.

Therefore we go to the isolated in communion with him and offer life.