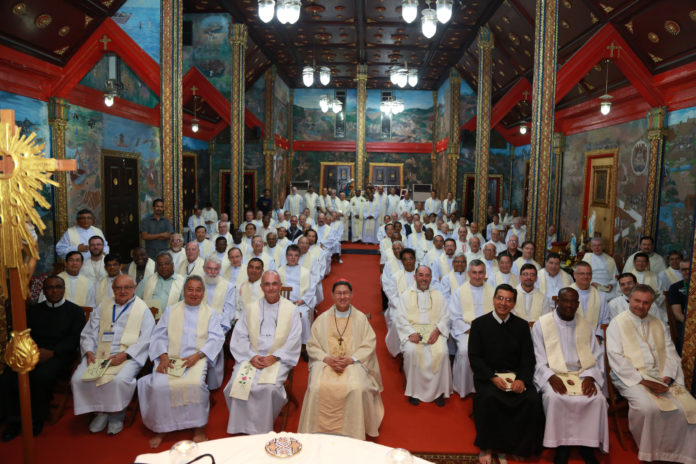 Cardinal Tagle completed the retreat day for us with an ‘open mic’ session in the afternoon. He fielded a number of questions and concerns about religious life today such as how to deal with flagging zeal (e.g., getting into a comfort zone that is less than fully committed to the mission to the poor) or with the pressures on us to be careful of what we say lest their be consequences, for us and sometimes for our people. Cardinal Tagle offered the wisdom of his experience about leading through listening, through dialogue, and through service.
The concluding Eucharist, however, was for me the hi-light of the retreat day. We celebrated the Solemn Mass of the Most Holy Redeemer; we celebrated primarily in Spanish (although six different languages were used in various places). And we celebrated with the Icon of Our Mother of Perpetual Help set in front of the altar. Then we heard a wonderful homily from the Cardinal. Speaking from the first reading (Paul’s letter to the Romans about sin and the law and salvation) he noted the phrase, “Where sin abounds, grace abounds more.” This, he noted, is the Gospel; it is God’s way of challenging and overcoming sin. 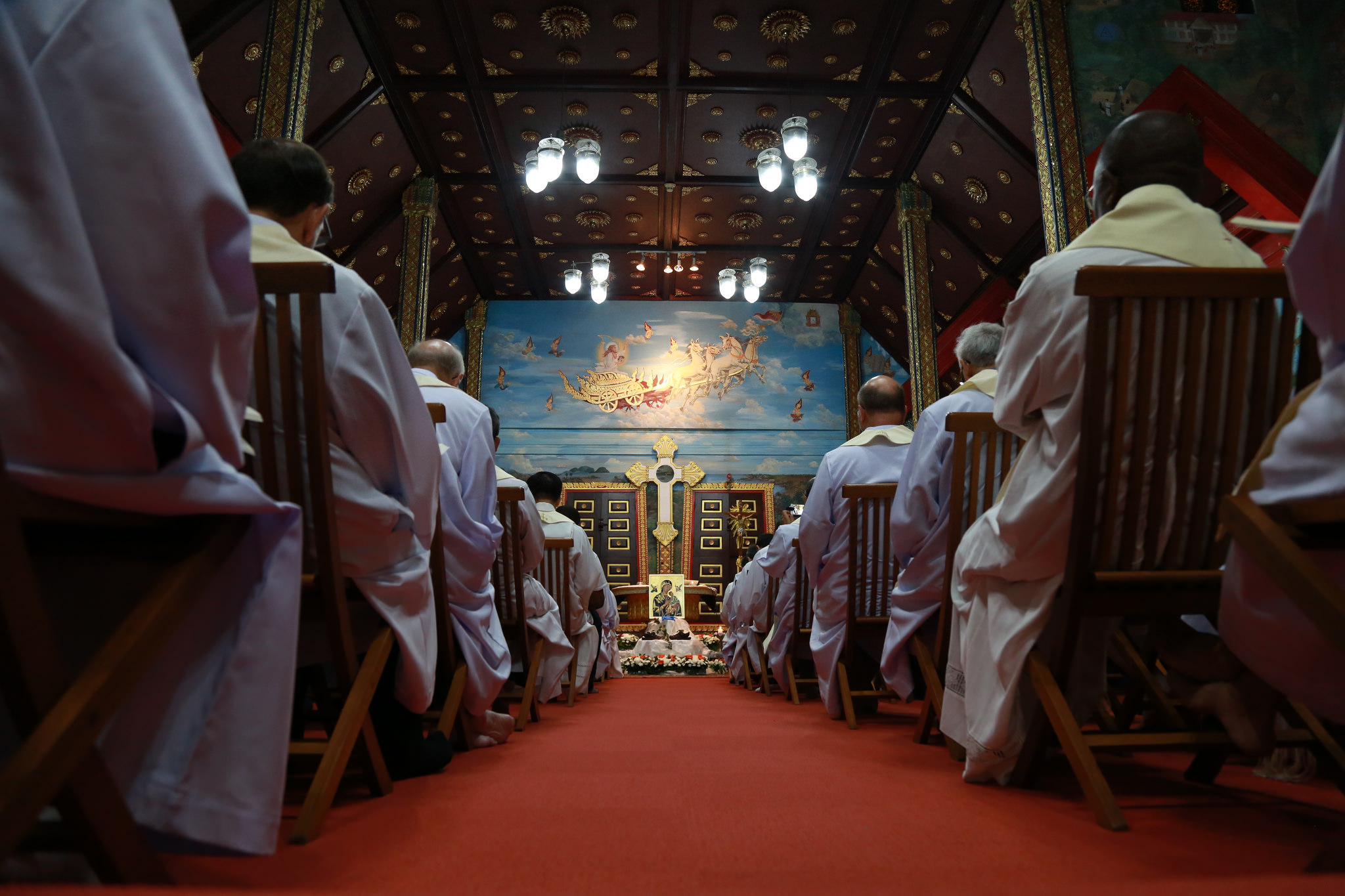 So, he concluded, are we not obliged to do the same? From his time as a formator in the seminary he used the example of dealing with difficult seminarians. Following the advice of a wise priest, he learned to respond to these young men with love and trust, rather than judgment and condemnation. And he pointed out how d i f f i c u l t (he did stress the word!) this was for him. But it is what God does and what God asks of us, to be grace in the face of sin and failure! And perhaps, down the road, we will be graced to see the fruit that this bears! 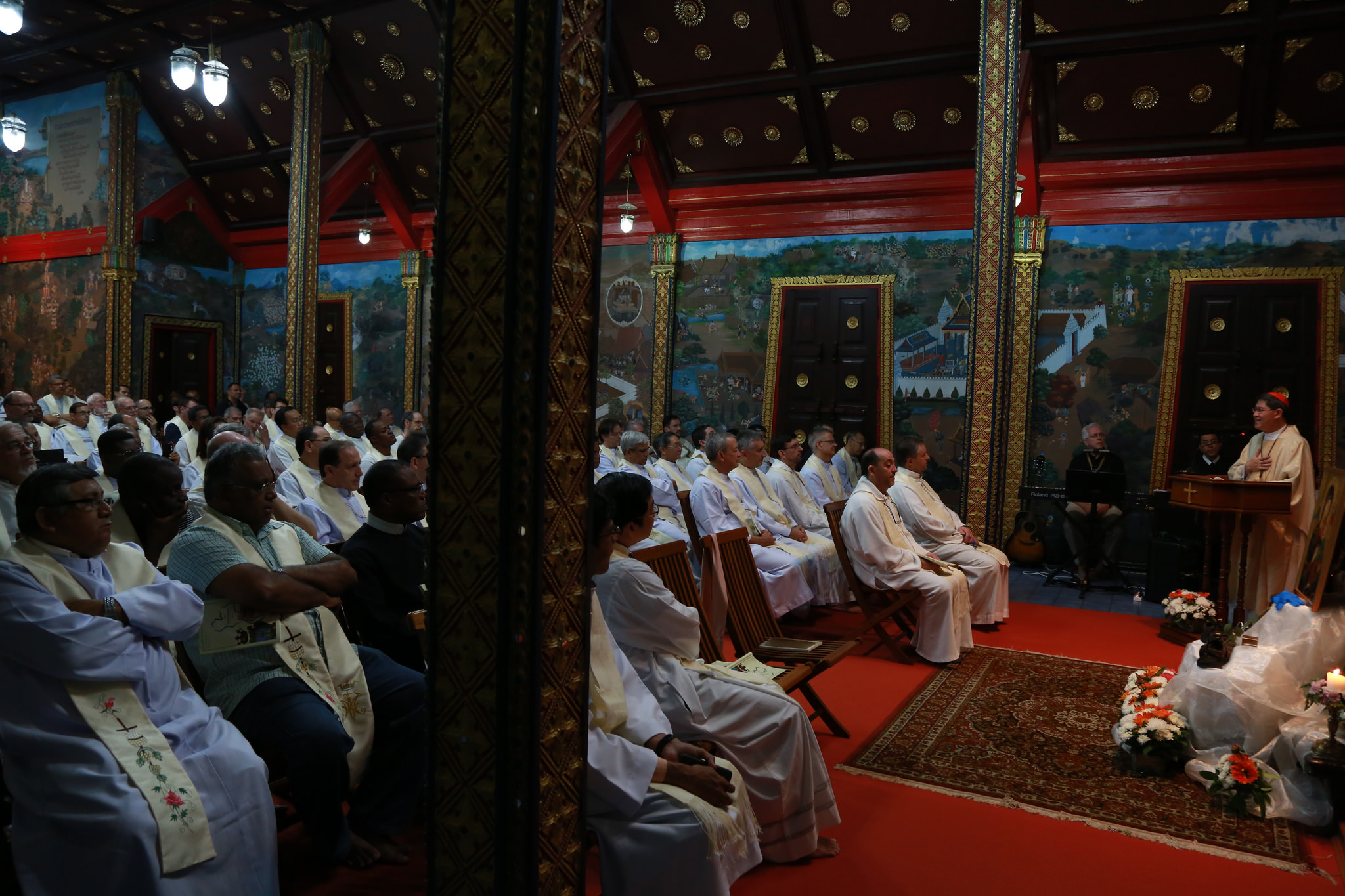 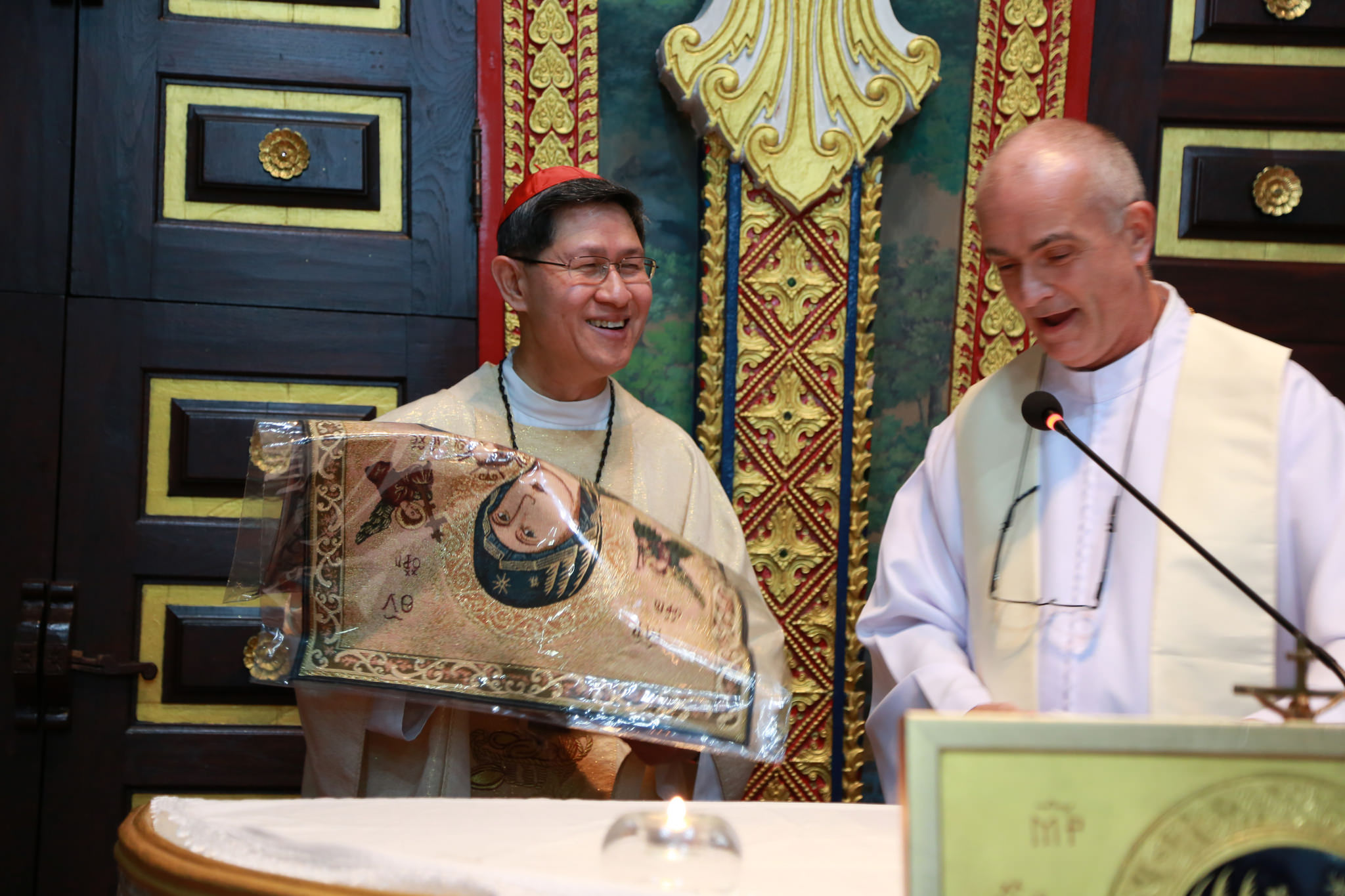 These have been two days of prayer and reflection. The Chapter delegates have also talked and shared with each other insights and moments of excitement from Cardinal Tagli’s presentations and reflections. They have been a good reminder that we are now to walk with the Living God, with the Holy Spirit, as we deal with the mundane and profound issues of the Congregation.