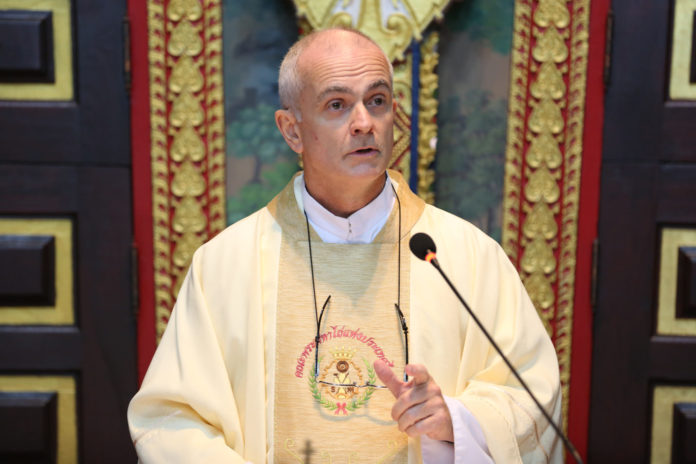 Fr. Michael Brehl, C.Ss.R. – A Brief Biography
Fr. Michael Brehl, C.Ss.R. was born in Toronto, Canada on January 7, 1955. He comes from a very close-knit, devout Catholic family who continue to support him in many ways. He discovered the Redemptorists and developed a great love for St. Alphonsus, the founder, and for the Redemptorist mission to the poor. He made his vows as a Redemptorist on the Feast of the Assumption, August 15, 1976 and was ordained a Redemptorist priest on March 3, 1980. At that time he was a member of the Toronto province where he brought his talents to parish work, the preaching of parish missions, the formation of Redemptorist novices and students, and administration. When the two English-speaking Redemptorist provinces of Canada combined to become the Edmonton-Toronto Province in 1997, Michael became in 2002 the second provincial, after Fr. Ray Corriveau, of this combined unit. He provided excellent leadership for seven years, but also became more and more involved in the affairs of the worldwide Congregation. He helped prepare the General Chapters of 2003 and 2009, at both of which he was a Moderator. At the XXIVth General Chapter in 2009, Fr. Brehl was elected Superior General of the Redemptorists, a role he has carried out diligently for seven years. Fluent in English and French, he has learned Italian well and is able to function in both Spanish and Portuguese.
On Wednesday, Nov. 9th, on the first electoral ballot, Fr. Brehl was re-elected as the Superior General of the Redemptorists, a sign of the great respect in which the confreres from around the world hold him. He has been a fearless leader in calling the Redemptorists back to their mission of evangelizing and caring for the poor and most abandoned. He has a great knowledge of Redemptorist history, its important saints and key figures, its Constitutions and Statutes, and its multiple apostolic activities in the modern world.
We thank God, whose Holy Spirit has guided us this day, for the continuing gift of our confrere to the Congregation.