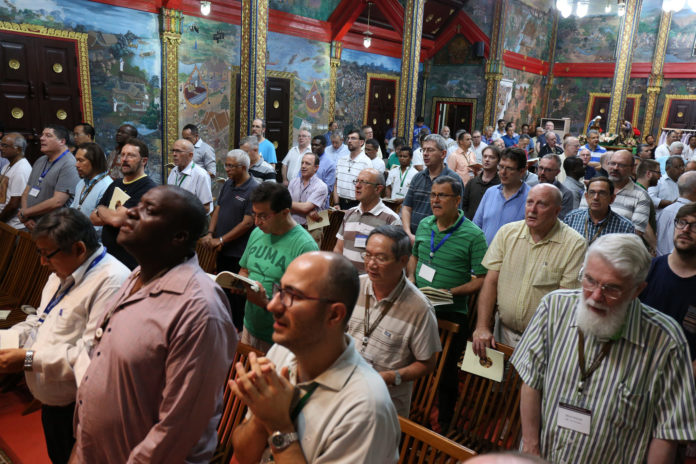 General Chapters are the governing body of the Redemptorists. The delegates at a General Chapter are responsible for the legislation that governs the Order as well as for providing guidance to the General Council on the direction that the Order needs to take in the next six years (the time between General Chapters).

Today was the first day for the Chapter delegates to exercise this responsibility and, as usual, it made for a lot of discussion about fine details! The morning sessions were devoted to small group discussions of the Conference structure (which had been mandated by the previous General Chapter)—its pros & cons, benefits and challenges, possibilities and obstacles. The results of these discussions were gathered from each group, summarized by the secretaries of each group and then read to the entire body of the Chapter.
Meanwhile, two postulata (Latin for ‘proposals’) were introduced. The first sought to continue the ‘experiment’ of the five Conferences after this Chapter. The second sought to establish the legal foundations of this Conference model in the Directory of Chapters which guides our ways of deciding at Chapters and then carrying out the results. 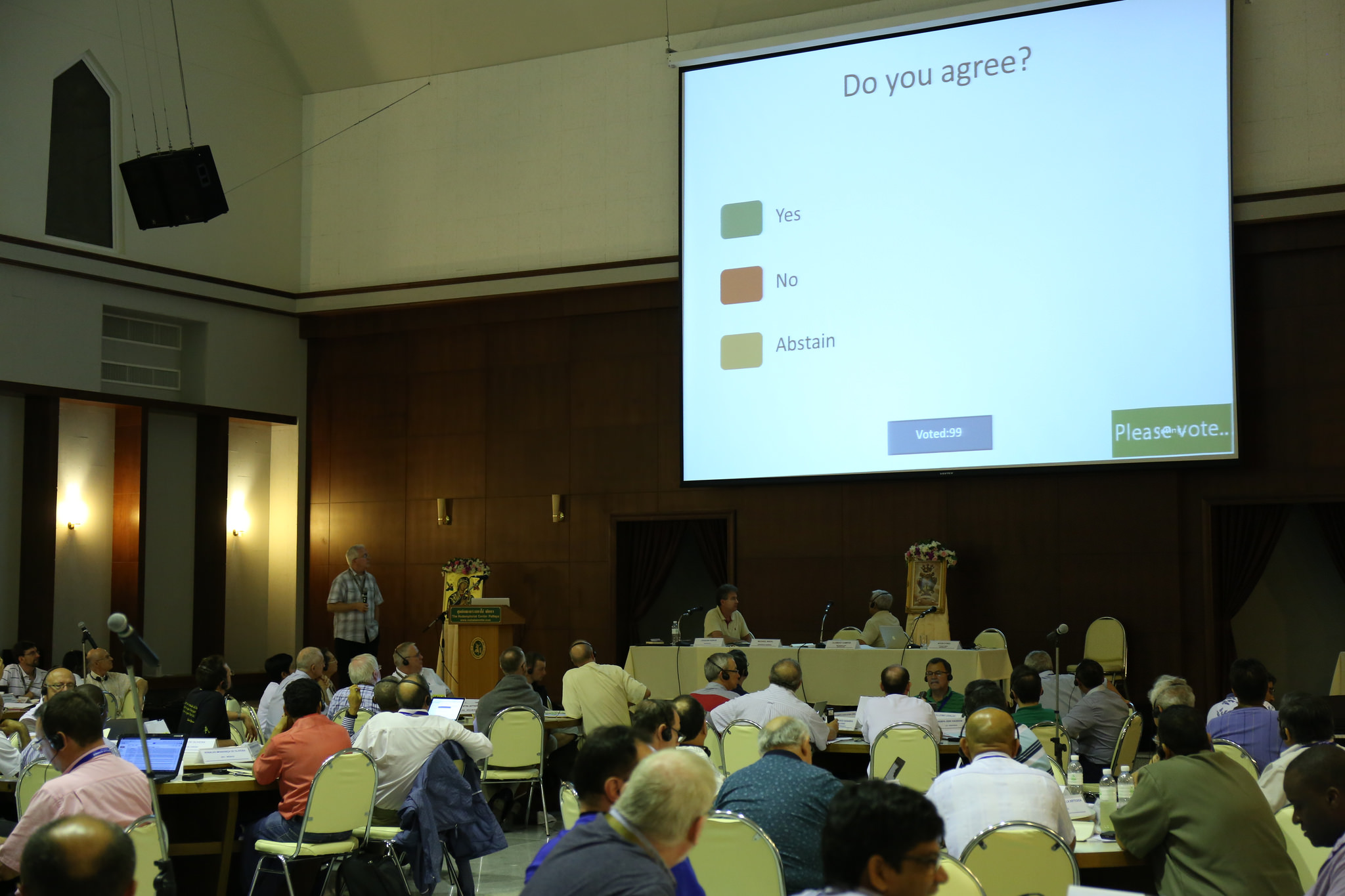 The afternoon was devoted to an open discussion (after the information shared from the small groups) and, as expected, it ranged far and wide, over major issues and minor points. Under the guidance of the moderators, however, the Chapter came to the point of voting to accept both postulata. Hence, the Conference structure will continue, but with the proviso that it can be adapted to the particular circumstances of each region of the Congregation. And the adaptation to the Directory of Chapters that was passed was more of a mandate to the General Government to write up the quasi-legislation supporting the Conference model which will be reviewed throughout the Congregation in preparation for the mid-sexennial meetings, followed by discussion and possible adoption at the XXVIth General Chapter in 2022.

It was a tiring day, due to the many details and perspectives voiced; but the overall sentiment was clearly to move forward and implement the best of the Conference model for the sake of the Redemptorist Mission. 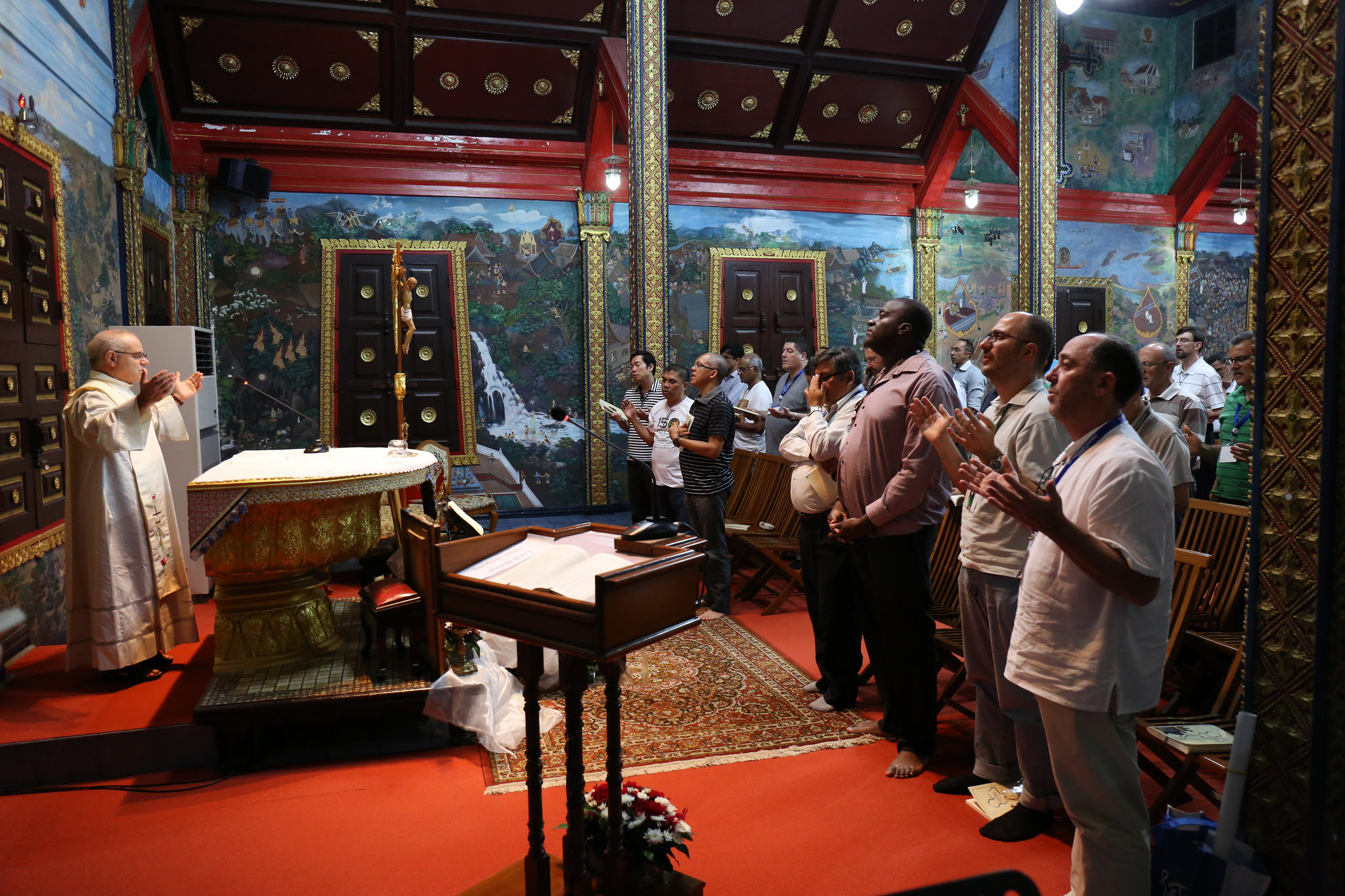 The evening saw a prayer hour in anticipation of the election that begins tomorrow for the General Superior—a great reminder, once again, that we are asking God guidance and blessing upon our deliberations and our future.