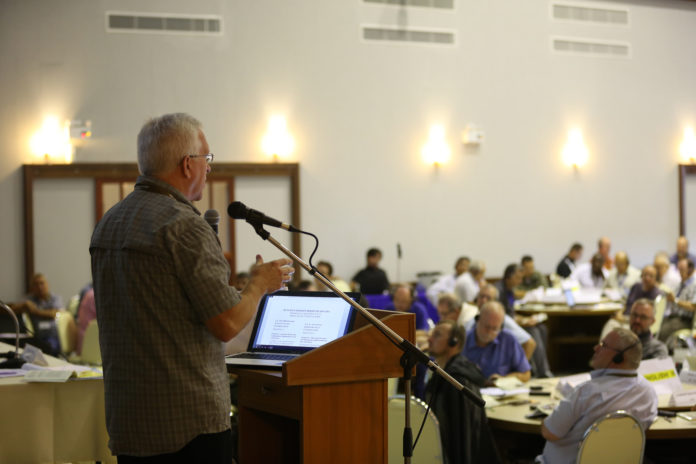 Morning Prayer was led by the Province of San Paulo.

After this Fr. Martin Leitgob was congratulated on his feast day, and an outline of the day was offered.

The moderator reminded us that today we will be electing the Consultors General and invited the five coordinators to read out the names of those chosen by the individual Conferences in order of preference.

We then had reports from the consolidated groups on the subject of mission as it was presented in the working document. 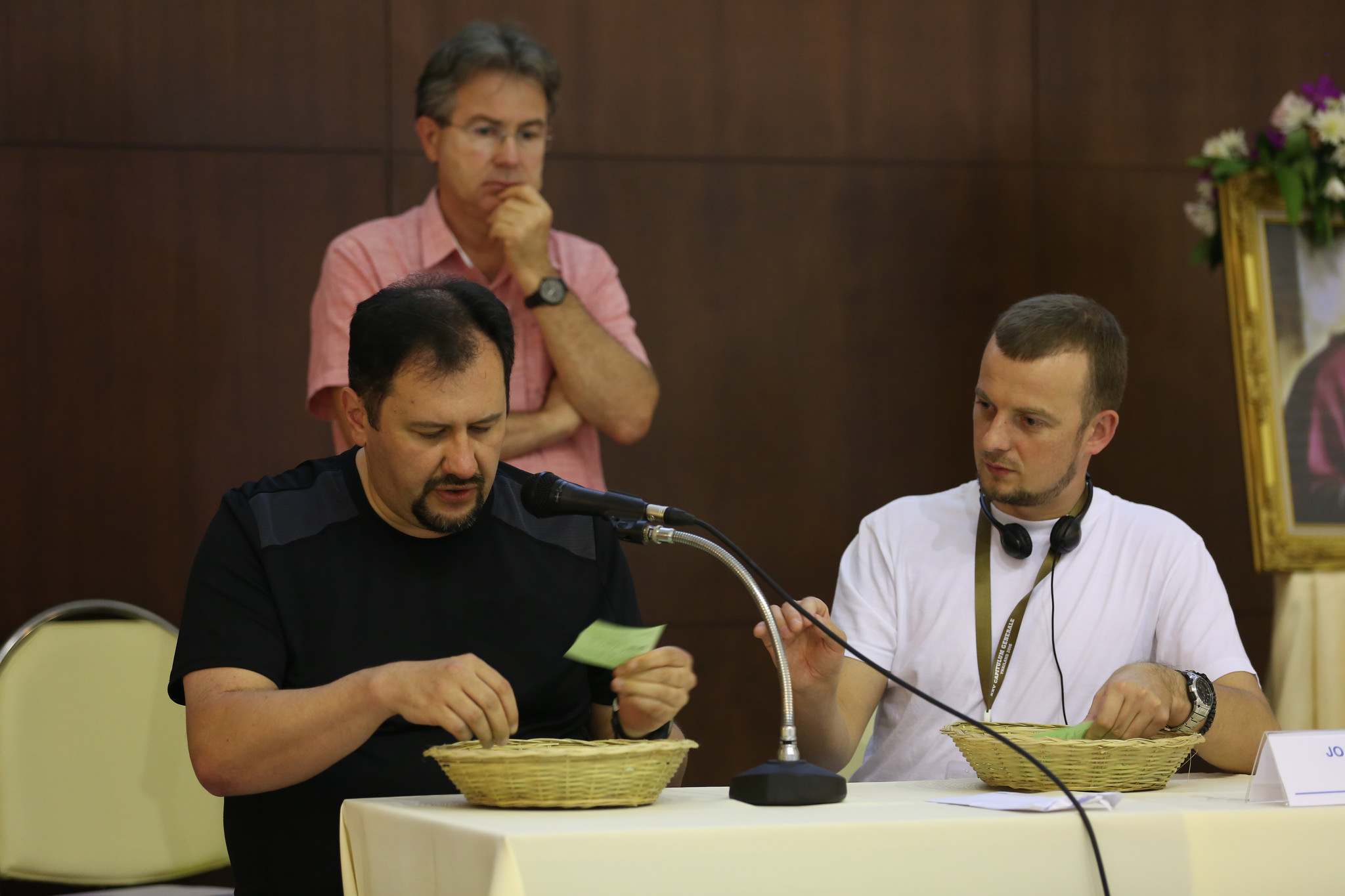 After the break, an indicative vote was taken for the election of the five consulters and the ballots were taken to be counted by the tellers.

In the meantime the moderator requested that we discuss in groups whether the Chapter wishes to send a Message to the entire Congregation and also whether we wish to name a Theme for the coming sexennium. 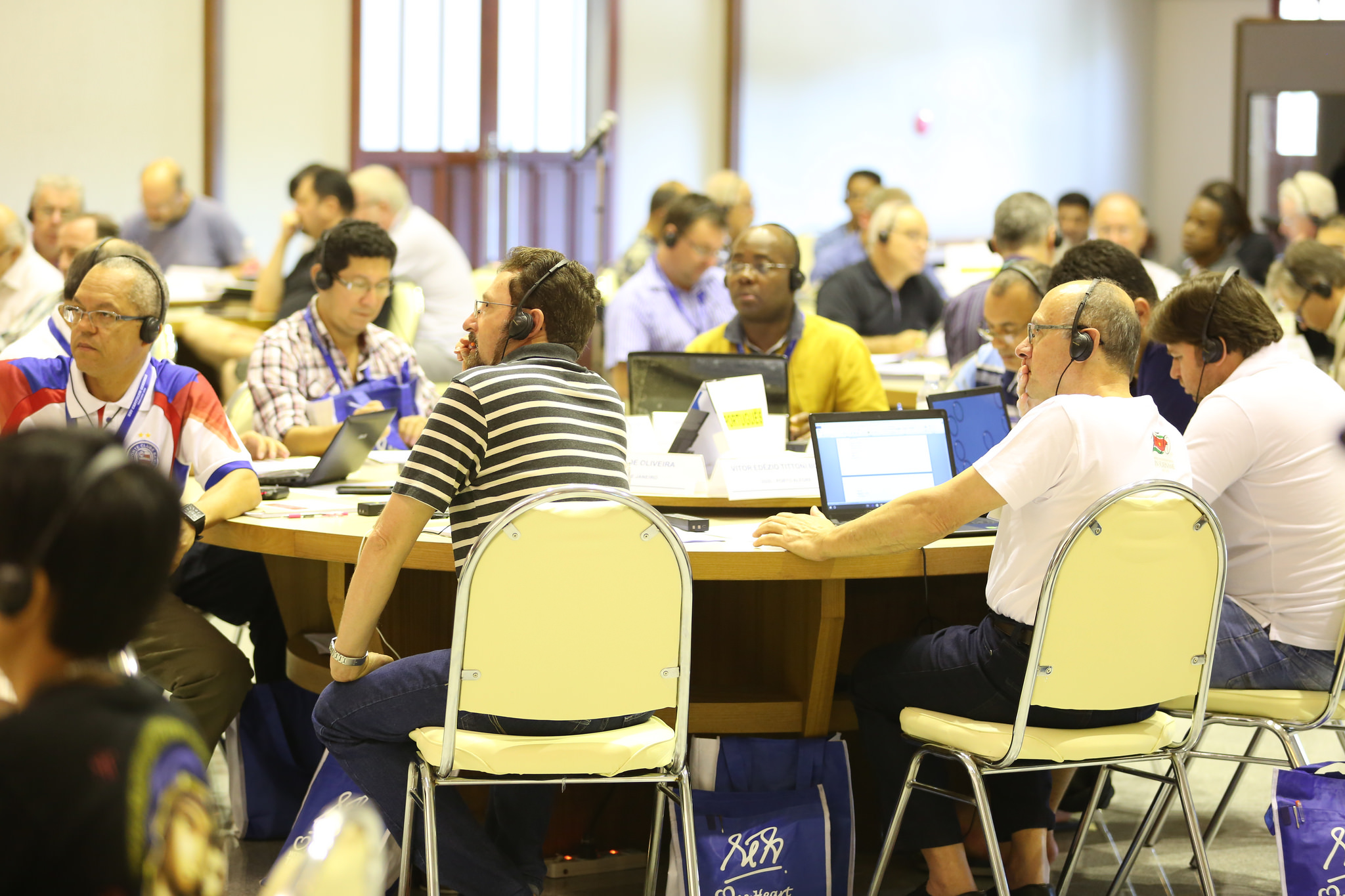 Reports back were given from several of the groups.

At the end of the morning, the moderator read out the results of the indicative vote for Consultors General.