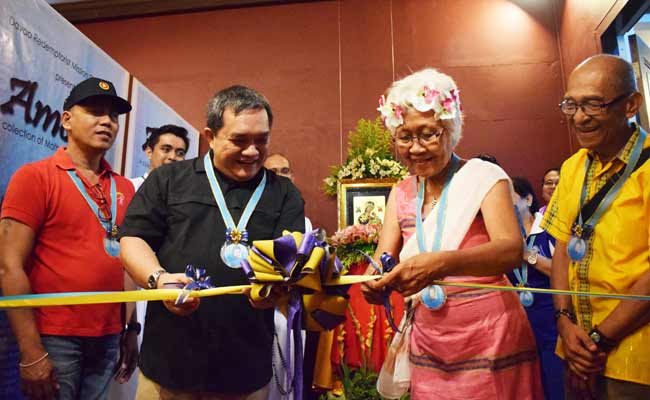 (Davao) – AMOMA (the Cebuano-Bisaya term meaning “caring”) is the theme of an art exhibit now ongoing at the Bahaghari Gallery of the Museo Dabawenyo.

This title was chosen by the artists participating in this art exhibit as their artworks are on Mother and Child images. The exhibit opened at 9 a.m. of Tuesday, March 28. The artists whose works are included in this exhibit are mainly the students of St. Alphonsus Theological and Mission Institute (Satmi), which is in consortium with the Ateneo de Davao University (AdDU). 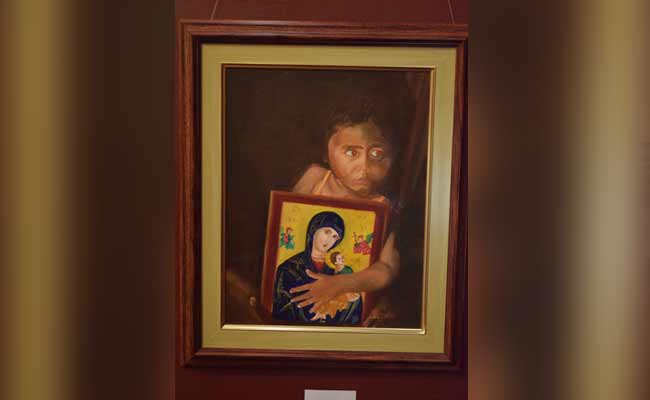 They include the following seminarians of the Congregation of the Most Holy Redeemer (popularly known as Redemptorists, whose location is along J.P. Laurel St., Bajada, in front of Abreeza Mall): Hilario Idulsa, Peerapat Wijitwang, Jose Lemuel Nadorra, Mark Kristian Antonio, Marthy Silubrico, Miguel Gaspe and Leony Cajilig.

They also served as the organizers of this event at Museo Dabawenyo, tapping Richard Vilar of Museo Dabawenyo as curator of the exhibit. This exhibit of the Satmi students and the guest artists was mounted to show the public samples of religious art that honors the Blessed Mother and her son, Jesus. In 2016 to 2017, the worldwide Redemptorists celebrate the 150th Year Jubilee of the icon of Our Mother of Perpetual Help (OMPH), which is the focus of the devotees’ novena every Wednesday.

An International Congress on the OMPH icon will be held at the National Shrine of OMPH in Baclaran, Metro Manila during the third week of April. Thus, this exhibit is a parallel activity held here in Davao City. 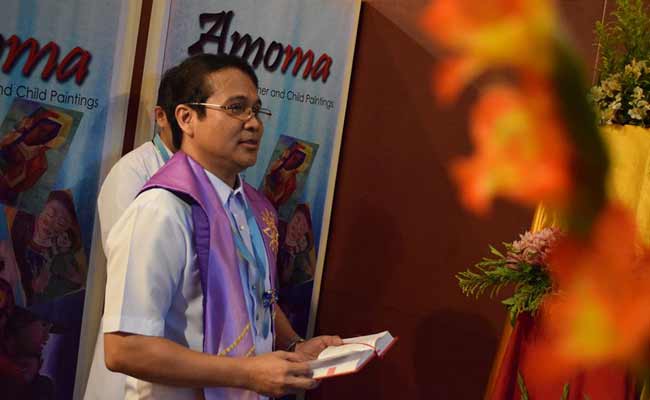 In order to expand the significance of the exhibit, the student artists decided to have its theme – Mother and child – not just to honor Mary and Jesus, but to honor all mothers and children around the world.

As we all know, in many societies such as ours, the most vulnerable among the citizens are mothers and their children, especially those caught in situations of poverty, marginalization, dislocation and other reasons. This is especially true for Lumad and Moro women and children. Thus the paintings are not only about Mary and Jesus, but mothers and children in various situations. 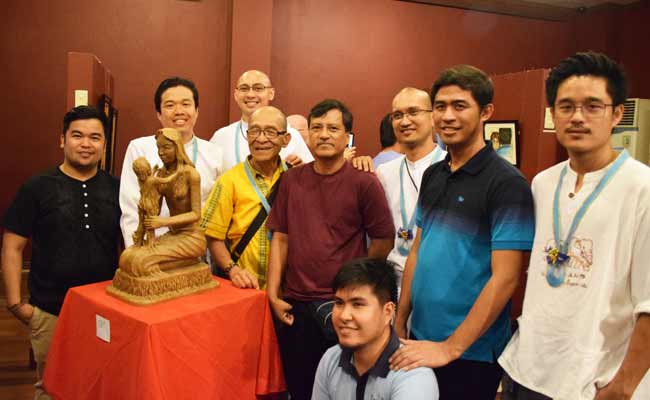 To celebrate the contribution of mothers to the nurturance of children, they decided to name this exhibit – amoma – the Cebuano-Bisayan word meaning caring. Satmi was established in 1987 as the St. Alphonsus Theologate (SAT) in the Redemptorist Church compound in Bajada, Davao City. It has since evolved to become Satmi and caters to theological formation not only for Redemptorist Filipino students but also students coming from various countries of the Asia Oceania Region, other Religous Congregations, and Lay students.