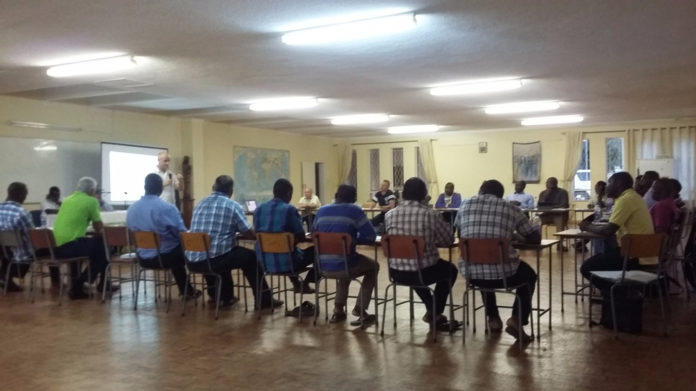 (Zimbabwe, Africa) There was the visit of the General Government to the Harare Assembly starting from 1st of December and ends on 8th of December 2017. The Superior General (Fr. Michael Brehl) and the consultor for Africa (Fr. Nicholas Ayouba) came on behalf of the General government. The meeting drew representatives from Mozambique (2), Madagascar (1), South Africa (3), Kenya (3) and almost all the professed members of the Region of Zimbabwe.

The goals of the visit were to ensure that the confreres understand and grasp the current state of the Mission, and the vision of the General Chapter for the mission particularly in the Conference of Africa and Madagascar (COREAM). The visit also aimed at ensuring that the confreres see the need to do something about the state of the mission (Conversion and renewal, the need to make changes, the need for a change of mentality).

Having been led through the decisions of the General Chapter the confreres were asked to share practical aspirations. They gave their suggestions concerning what must be done. These were captured by the appointed secretaries for the meeting.