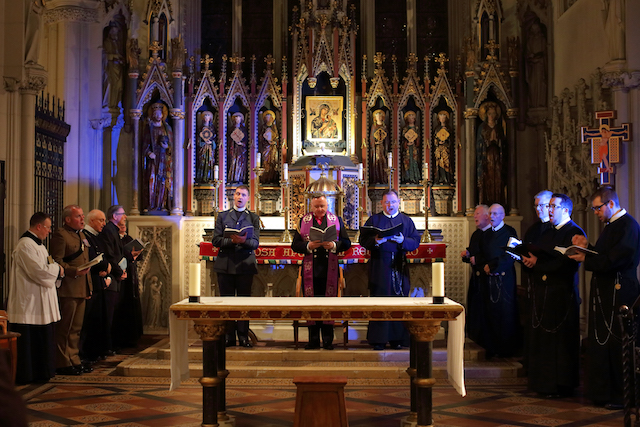 (Clapham, UK) On Friday 16th February 2018 we held a Redemptorist Festival of Remembrance here in our church of St. Mary’s Clapham Common.

The Redemptorists of the London Province, the parishioners of St. Mary’s, chaplains to the armed forces and members of the Corps of Drums of Her Majesty’s Band of the Royal Marines gathered together to remember all those who fell in the First World War, especially those of our own parish and those Redemptorist priests who served as chaplains to the armed forces during the conflict. 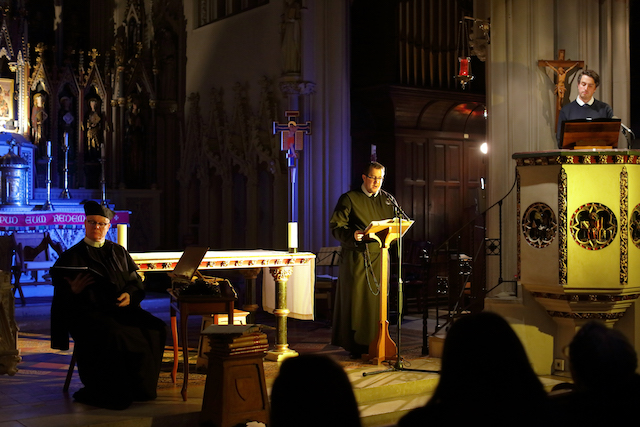 During the service, we heard the story of the parish throughout those days of war and we heard the stories of three Redemptorists who were killed in action serving as chaplains: Fr. Bernard Kavanagh C.Ss.R. C.F. who was killed on Mt. Sinai while ministering to a soldier who lay dying; Fr. Charles Watson C.Ss.R. C.F. who died in the desert and Fr. Thomas Bradley C.Ss.R. R.N. who was a descendent of Captain Hardy of HMS Victory and was killed in the Indian Ocean when his vessel was torpedoed. The Roll of Honour for the parish was read and the Royal Marines played the last post in remembrance of the fallen. It was an evening of music, poetry, inspirational stories and fellowship. 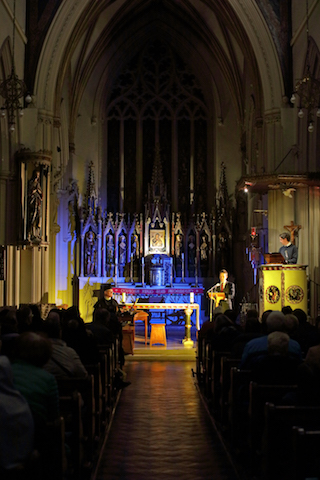 The event was in aid of the work of chaplains to the armed forces and raised close to £3000 for the Royal Navy RC Trust both through ticket sales and a silent auction we held on the night and we are very grateful to those institutions that provided items for the auction.

Fr Richard Reid CSsR, the Rector and Parish Priest of the Redemptorist Church in Clapham said, “It was a very moving ceremony in which we paid tribute to the fallen people of Clapham and our own Redemptorist Fathers who gave their lives in the service of others.”

A special word of thanks must go to the organiser of the event – Br Christopher Reynolds.