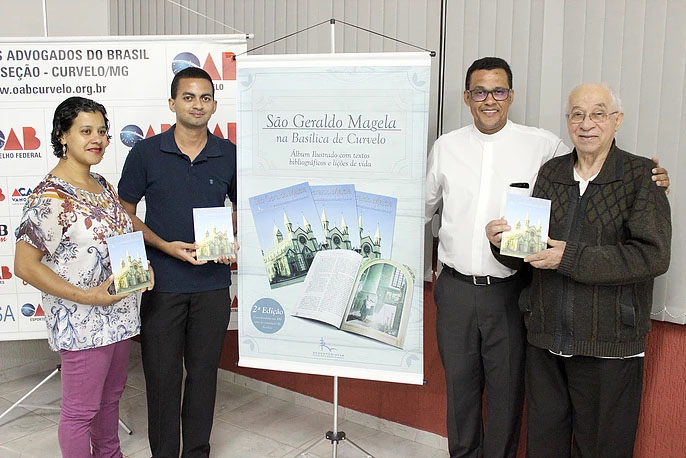 (Curvelo, Brazil) The 2nd edition of the book “Saint Gerald in the Basilica of Curvelo” illustrated album with bibliographical texts and life lessons was launched at the 10th OAB Sub-section in Curvelo (MG) on August 13. The work is written by Fr. Braz Delfino Vieira, C.Ss.R., Fr. Dalton Barros de Almeida, C.Ss.R. and Br. Paulo Pereira de Melo, C.Ss.R. The publication is in commemoration for the 100th anniversary of the completion of the construction of the Basilica of St. Gerard. 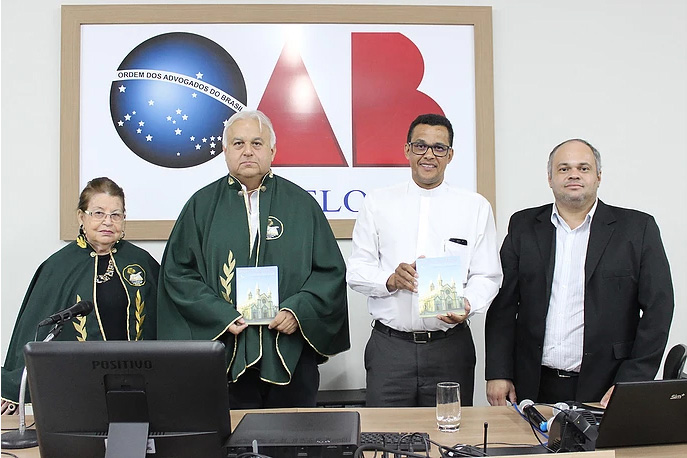 The first version was published in the year 1982. The book recalls the life of Saint Gerald Majella and invites readers to meditate on the life lessons that the holy Redemptorist brother inspires us to live. 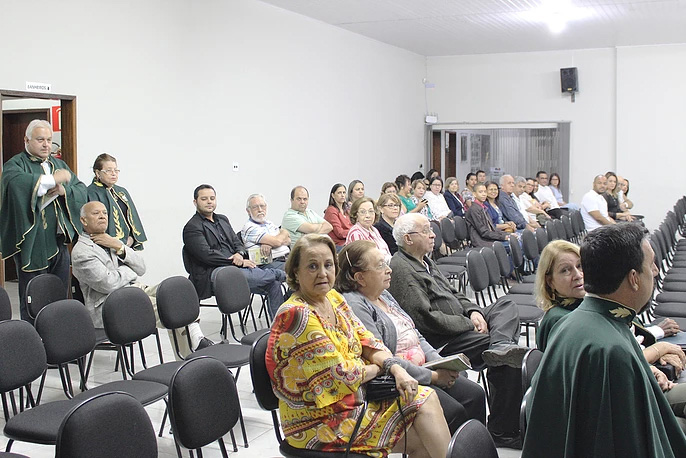 The launch was attended by the Rector of the Basilica, Fr. Edson Alves, C.Ss.R.; members of the Curvelana de Letras Academy and its president, Evandro Guimarães de Paula; the president of OAB Curvelo, Dr. Fabiano Silva Souza; of the adviser of the mayor Maurílio Guimarães, Newton Vieira; of friends and the devotees of St. Gerard.