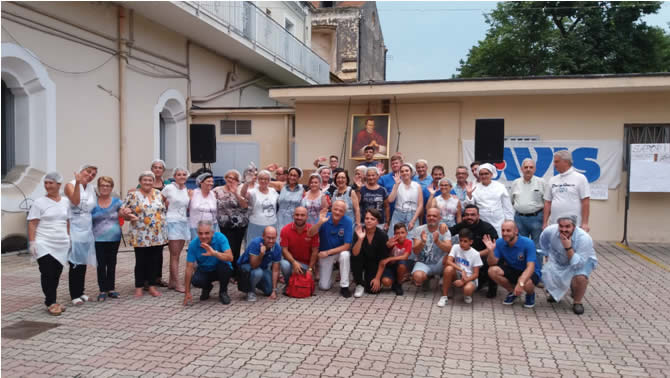 (Pagani, South Italy) The first tasting of Alphonsian Flavours took place in Pagani on Sunday the 5th of August. This first experience stems from the initiative of the Redemptorist Fathers and the members of various associations in Pagani, the city of St. Alphonsus and different groups from the parish of St. Alphonsus.

This experience of tasting Alphonsian flavours started spontaneously not as a festival but as a rundown of the flavours of the monastery of St. Alphonsus. The thrust that involved and moved many people and volunteers led by the Superior Fr Luciano Panella, was to create a spirit of communion advocated by St. Alphonsus, mainly among the various people and the group that makes up the parish and the Committees from the whole city. Many people arrived with the desire to know intimately the thoughts of the saint that were born within walls between the gardens, with the lemons and oranges that are inside the monastery where St. Alphonsus walked, prayed and meditated. There was a vegetable cultivation in the garden that gave sustenance to the fathers. The people of Pagani have been fascinated and happy to have been hosted to spend the evening in a mystical way on 5th of August. Many said they felt at home with their spiritual Father, who had not seen this garden in their lives something that they always longed for. Alphonsian and Neapolitan music that delighted all the participants, who sat in the illuminated gardens in the night, like stars, enlivened the evening. 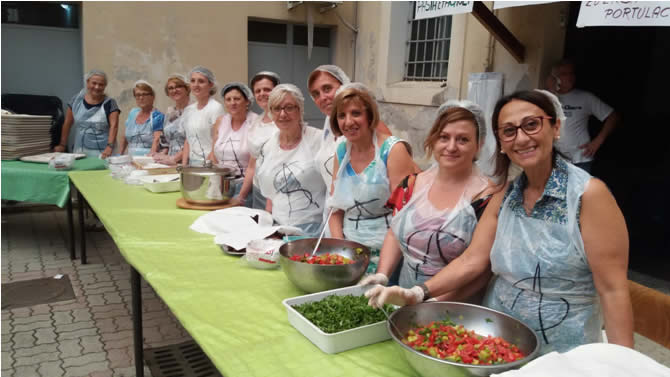 In addition to the atmosphere of the monastery gardens, the menu of Alphonsian Flavours was based mainly on research conducted by Prof. Aniello Ascolese who studied, and also the one who helped the main biographer of St. Alphonsus, Fr A.M. Tannoia and the Redemptorist Missionaries in the eighteenth century. Research has shown that St. Alphonsus ate little as an anchorite, applied many fasts and abstinence and used just one frugal meal a day such as soup, some fish, a piece of bread, some fruit and little meat if not in days when he was debilitated or on particularly solemn days. It is said that when some chicken was put on the table on a Friday to give him some protein to help in his lack of nutrition, St. Alphonsus transformed it with a miracle into a fish with the sign of the cross. With regard to desserts, St. Alphonsus was very reluctant to the point that he invited young missionaries not to bring either sweets or jams or anything else in their own cells. 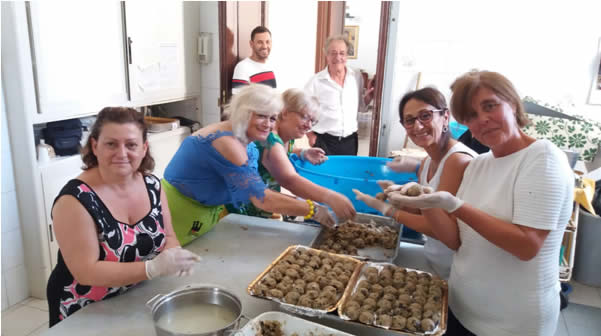 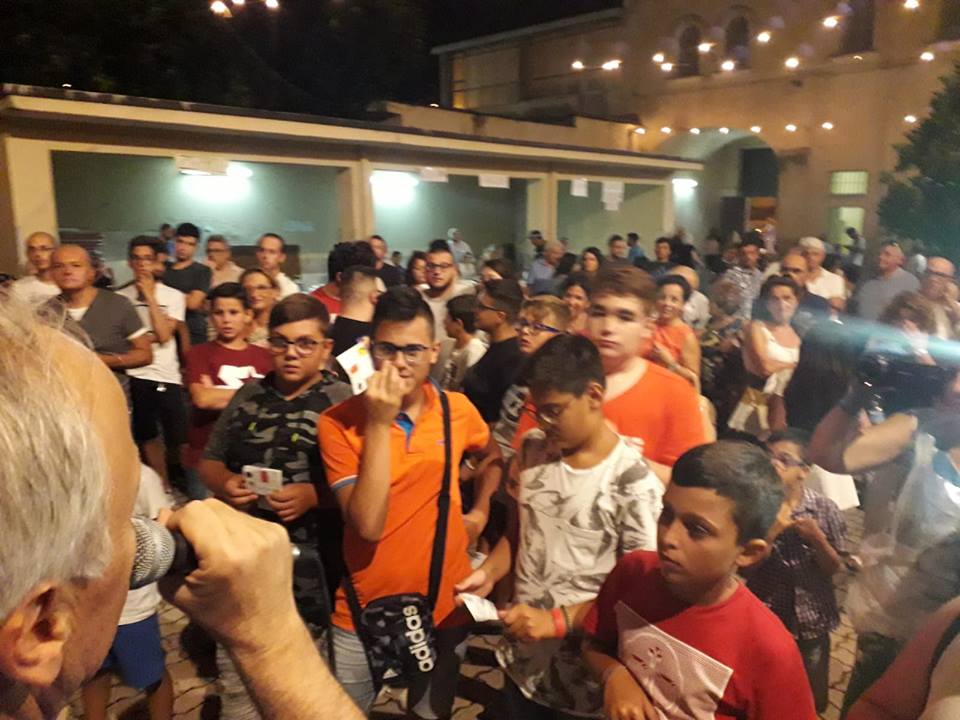 Many volunteers remember with affection the prayer in the chapel and the common prayer before starting “Sapori Alfonsiani” that gave them the greatest charge in lovingly giving to all the participants the work done with love and the result was immediately evident. Some comments from the participants were very beautiful and suggestive and among these, we catch one who said “Entering the garden of Saint Alphonsus, you feel a magical air, which takes you back in time. So you really get the feeling of tasting the flavours of other times. Hoping it’s not the first and last. Truly pleasant”.