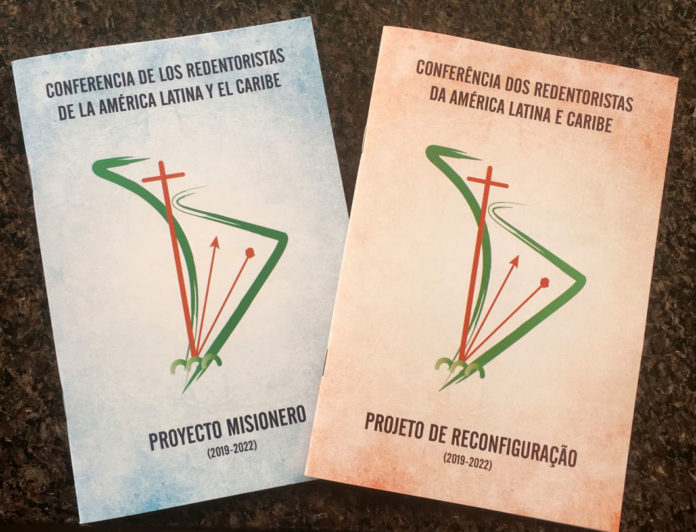 “A renewal incapable of touching and changing structures, as well as the heart, does not lead to any real lasting change … It requires openness to imagine ways of ‘Sequela’, prophetic and charismatic, lived inadequately and perhaps unpublished schemes”. [1]

(Trindade, Goiás, Brazil) – We had a historic day on the solemnity of the Assumption of the Virgin Mary (August 15, 2018). The Conference of Latin America and the Caribbean, after appreciating, discussing, reflecting and contributing to the texts of the Apostolic Plan and the reconfiguration, proposed by the commission formed by the mandate of the XXV General Chapter, proposed the new reconfiguration map for Latin America and the Caribbean. Based on the criteria offered by the XXV General Chapter, and also according to the action plan of the General Government, the Commission proposed three maps, considering the geographical,  linguistic and cultural basis of the region. 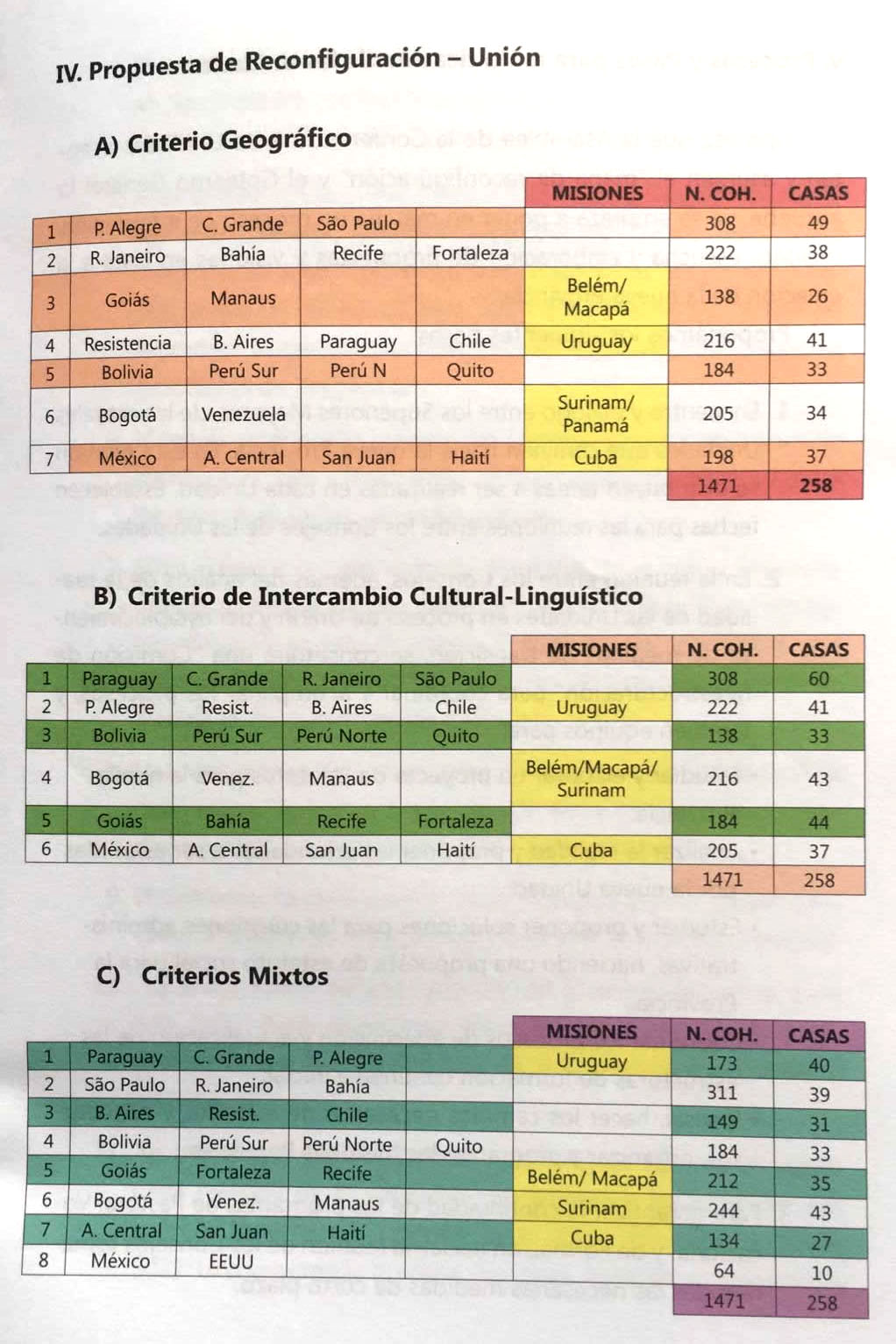 The proposed configuration the Assembly managed to arrive at as follows:

– Mexico and the United States 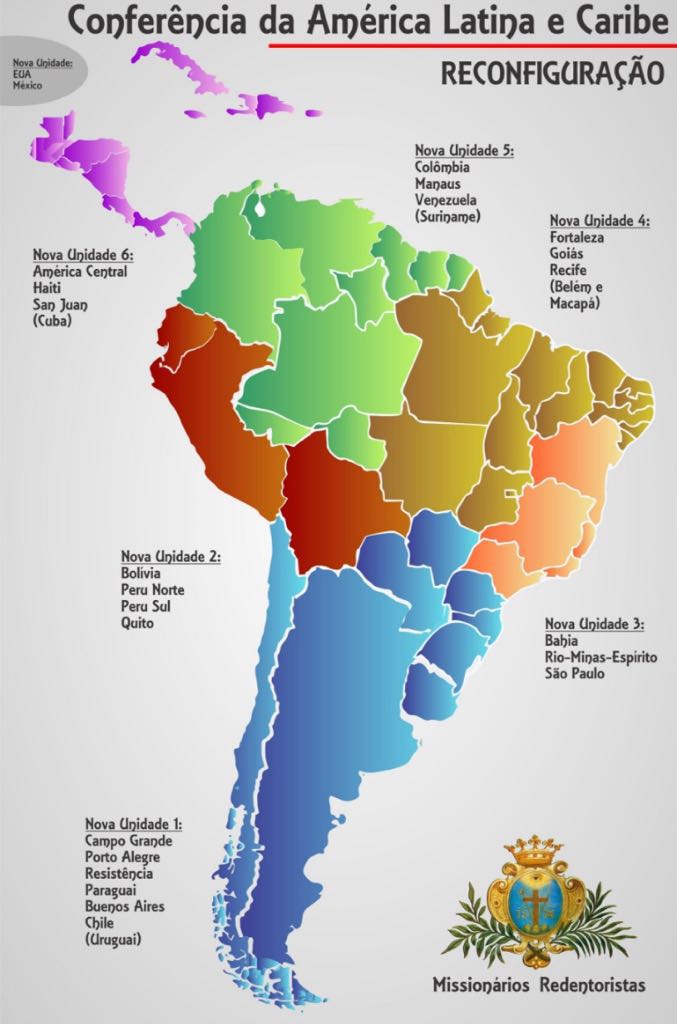 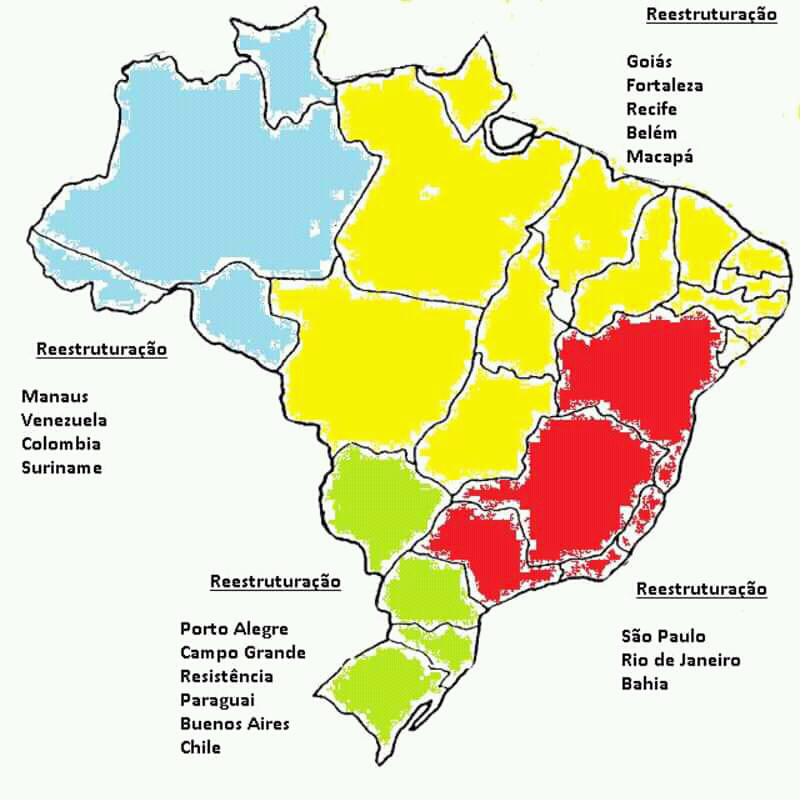 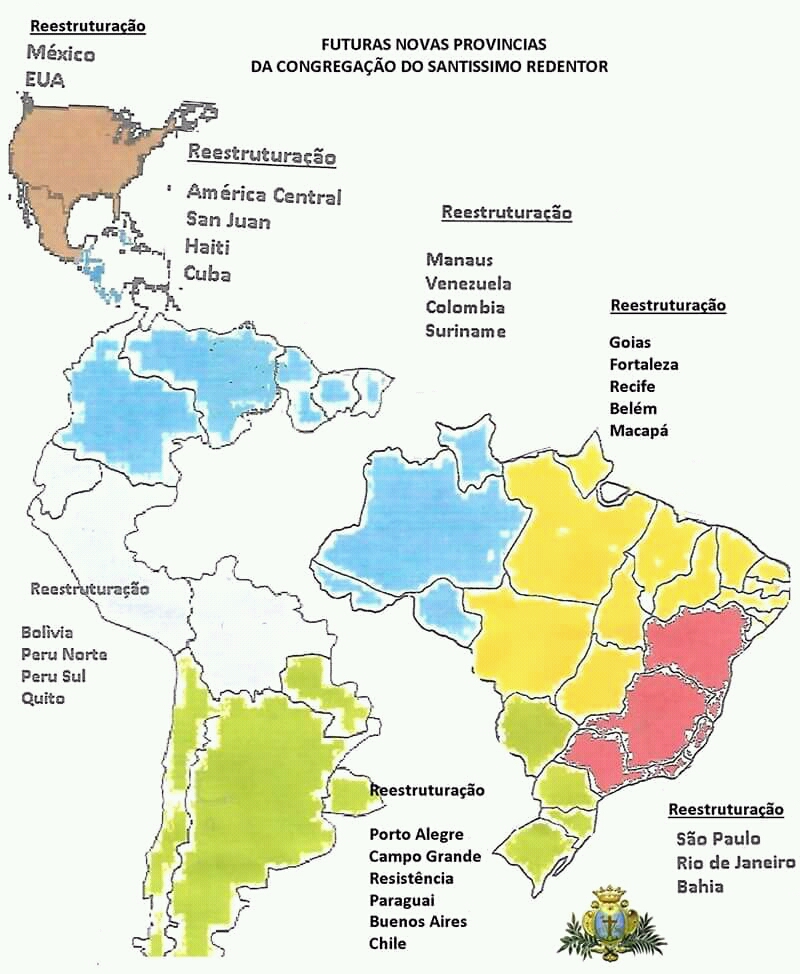 In addition to the responsible and dynamic hard work, characterized by a fraternal spirit, hope, great enthusiasm  the Assembly also appreciated the Directory of the Laity and made the following decisions:

1) During the process of the union of the units involved, new foundations must not be assumed, nor should debts or accept commitments that put the future at risk, without consulting and dialoguing with the Coordinator and the Council (52 votes in favor, 0 against and 0 abstentions).

2) The Assembly of the Conference proposes 8 missionary priorities. Each unit, in its chapters and assemblies, will have to choose according to their reality at least 3 mission priorities for the quadrennium (52 votes in favour, 0 against and 0 abstentions).

3) In the first year of each quadrennium, the units of the Conference of Latin America and the Caribbean will be able to develop a pastoral-missionary project in line with the Apostolic Plan of the Conference. The Missionary-pastoral Project of each unit must be sent to the Conference Coordinator and the General Council for approval (52 votes in favor, 0 against and 0 abstentions).

4) The Assembly approved the work of 3 formation centers for the novitiate of the Latin American and Caribbean Conference, with the possibility of extending them according to the number of novices. The year 2019 will be of preparation, adaptation, and implementation. In the year 2020 this decision will be executed (52 in favor, 0 against and 0 abstentions). With this decision, the novitiates become the part of the Conference and the novices will be distributed in each of the three houses. This involves learning the Spanish and Portuguese languages.

The Assembly voted to modify the number 37 of the Conference Statute, so that a Brother may also be a member of the Conference Council. Here’s how the new text was “The conference coordinator will be dedicated full-time (XXIV CAP DECISIONS 2.3). An ordinary council will be held as the executive body of the Conference, which will be composed of the presidents of the three sub-conferences (URB, URNALC, and URSAL) and a brother indicated by the Assembly among the 3 representatives of the Sub-conferences. The Council itself will establish the frequency of its meetings “(50 votes in favor, 2 abstentions).

After having received the necessary amendments, the text of the Apostolic and Restructuring Plan will be returned to the Commission which will carry out the modifications and then send them to be studied and appreciated in the assemblies of the Provinces. The results will be collected for the final version of the text, which will be definitively approved by the Conference Assembly (2019) and by the General Government.

The Restructuring Plan presents the detailed steps to be followed to advance the transition processes that the new Provinces will have to carry forward from now until 2022. It is very important that the current (vice) provinces achieve their internal restructuring. This is how this new reality begins to work with the confreres to elaborate on the new necessary legislation.

The same Spirit that was on Jesus in the synagogue of Jerusalem who inspired St. Alphonsus to found the Congregation (Lk 4: 16-20),  aroused courage and missionary zeal in many confreres who led the Congregation to reach out the wounded world. That same Spirit has enlightened us in these days and will continue to accompany us so that we can respond with creative fidelity and we are able to witness the Redeemer with renewed hearts, minds, and structures for the mission in solidarity in this wounded world.

May Jesus, the Most Holy Redeemer, Mary our Perpetual Help, St. Alphonsus, our beatified, venerable martyrs, and Maria Celeste Crostarosa, help us to sail far and throw the nets in obedience to the Word of the Lord (Lk 5,4-5) to live these new times with enthusiasm, in accordance with the Constitutions number 20 which says: “Strong in faith, rejoicing in hope, burning with charity, on fire with zeal, in humility of heart and persevering in prayer, Redemptorists as apostolic men and genuine disciples of Saint Alphonsus follow Christ the Redeemer with hearts full of joy; denying themselves and always ready to undertake what is demanding, they share in the mystery of Christ and proclaim it in Gospel simplicity of life and language, that they may bring to people plentiful redemption.”. May the Spirit continue to inspire us and encourage us!