(Vatican) In his letter to the Bishops regarding the new revision of number 2267 of the Catechism of the Catholic Church on the death penalty, Pope Francis reaffirmed that “today capital punishment is unacceptable, however serious the condemned’s crime may have been.

The death penalty, regardless of the means of execution, “entails cruel, inhumane, and degrading treatment.” Furthermore, it is to be rejected “due to the defective selectivity of the criminal justice system and in the face of the possibility of judicial error.” It is in this light that Pope Francis has asked for a revision of the formulation of the Catechism of the Catholic Church on the death penalty in a manner that affirms that “no matter how serious the crime that has been committed, the death penalty is inadmissible because it is an attack on the inviolability and the dignity of the person.”

The new revision of number 2267 of the Catechism of the Catholic Church, approved by Pope Francis, situates itself in continuity with the preceding Magisterium while bringing forth a coherent development of Catholic doctrine. The new text, following the footsteps of the teaching of John Paul II in Evangelium vitæ, affirms that ending the life of a criminal as punishment for a crime is inadmissible because it attacks the dignity of the person, a dignity that is not lost even after having committed the most serious crimes. This conclusion is reached taking into account the new understanding of penal sanctions applied by the modern State, which should be oriented above all to the rehabilitation and social reintegration of the criminal. Finally, given that modern society possesses more efficient detention systems, the death penalty becomes unnecessary as protection for the life of innocent people. Certainly, it remains the duty of public authorities to defend the life of citizens, as has always been taught by the Magisterium and is confirmed by the Catechism of the Catholic Church in numbers 2265 and 2266.

The Supreme Pontiff Francis, in the Audience granted on 11 May 2018 to the undersigned Prefect of the Congregation for the Doctrine of the Faith, approved the following new draft of the n. 2267 of the Catechism of the Catholic Church, arranging for it to be translated into the various languages and included in all the editions of the aforementioned Catechism:

2267. Recourse to the death penalty on the part of legitimate authority, following a fair trial, was long considered an appropriate response to the gravity of certain crimes and an acceptable, albeit extreme, means of safeguarding the common good.

Today, however, there is an increasing awareness that the dignity of the person is not lost even after the commission of very serious crimes. In addition, a new understanding has emerged of the significance of penal sanctions imposed by the state. Lastly, more effective systems of detention have been developed, which ensure the due protection of citizens but, at the same time, do not definitively deprive the guilty of the possibility of redemption.

Consequently, the Church teaches, in the light of the Gospel, that “the death penalty is inadmissible because it is an attack on the inviolability and dignity of the person”,[1] and she works with determination for its abolition worldwide.

[1] Francis, Address to Participants in the Meeting organized by the Pontifical Council for the Promotion of the New Evangelization, 11 October 2017: L’Osservatore Romano, 13 October 2017, 5.

To read the entire letter please click the link below: 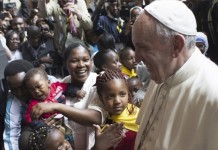 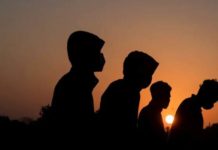 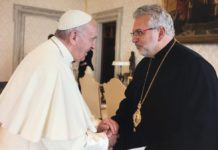