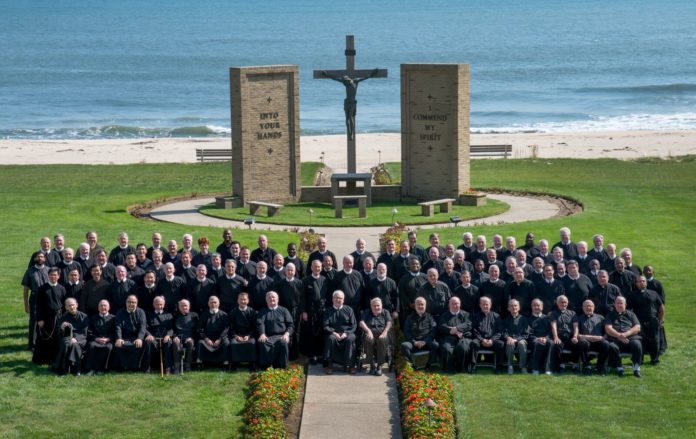 (Long Branch, N.J.) – The Redemptorists of the Baltimore Province met for their fall convocation October 2 through 4, considering presentations from candidates for the upcoming provincial election, preparing for the XVII Provincial Chapter to be held in January, and hearing talks on the vowed life given by Father Piotr Chyla, C.Ss.R.

Attended by more than 100 confreres of the province, the convocation was held at San Alfonso Retreat House in Long Branch, N.J.

Father Chyla is a member of the Warsaw Province and director of the Center for Redemptorist Spirituality in Rome. In January he was appointed to serve as one of the consultors for the Conference of European Redemptorists.

On Tuesday evening Father Chyla delivered an introduction to the vowed life. On Wednesday he gave three sessions on the topic and on Thursday a question-and-answer session.

Tuesday morning was devoted to presentations by the three candidates for the office of Provincial Superior: Father Paul Borowski, the current superior; Father Francis Mulvaney, rector of Our Lady of Perpetual Help in Brooklyn; and Father Jerome Chavarria, rector of the Redemptorist community serving Concord and Kannapolis, N.C.

The presentations and the Q-and-A following were streamed live so those unable to be present could participate. They were also recorded and made available on demand.