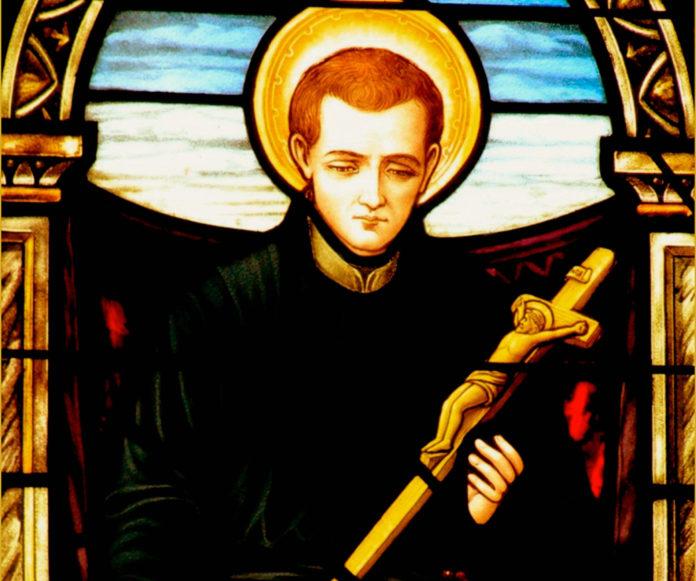 Of few Saints have there been so many wonderful events recorded as of St. Gerard. The process of his beatification and canonization reveals that his miracles were of the widest variety and profusion.

He frequently fell into ecstasy while meditating on God or His holy will and at such times his body was seen raised several feet above the ground. There are authentic records to prove that on more than one occasion he was granted the unusual miracle of being seen and spoken to in two places at the same time.

Most of his miracles were performed in the service of others. Such extraordinary happenings as the following begin to seem commonplace when one reads his life. He restored life to a boy who had fallen from a high cliff; he blessed the scanty supply of wheat belonging to a poor family and it lasted until the next harvest; several times he multiplied the bread that he was distributing to the poor. One day he walked across the water to lead to the safety of the shore a boatload of fishermen threatened by the stormy waves. Many times Gerard told people of secret sins on their souls which they had been ashamed to confess and brought them to penance and forgiveness.

His miraculous apostolate for mothers also began during his lifetime. Once, as he was leaving the home of his friends, the Pirofalo family, one of the daughters called after him that he had forgotten his handkerchief. In a moment of prophetic insight, Gerard said: “Keep it. It will be useful to you someday.” The handkerchief was treasured as a precious souvenir of Gerard. Years later the girl to whom he had given it was in danger of death in childbirth. She remembered the words of Gerard and called for the handkerchief. Almost immediately the danger passed and she delivered a healthy child. On another occasion, the prayers of Gerard were asked by a mother when both she and her unborn child were in danger. Both she and the child came through the ordeal safely.