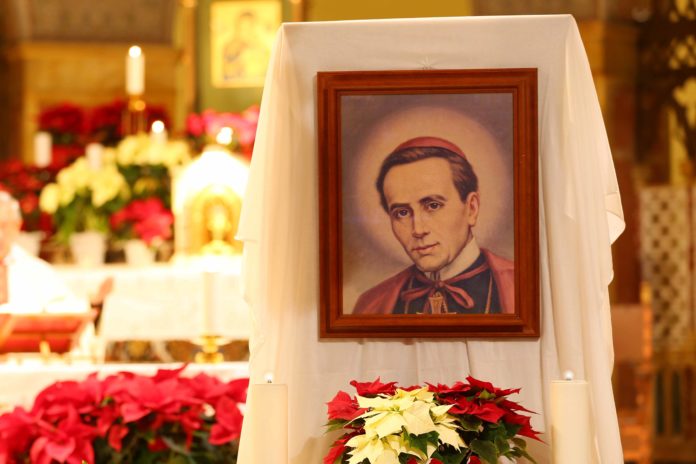 (Rome) The Community at St. Alphonsus began Triduum (a three-day novena) in honour of St. John Neumann on 2nd of January at St. Alphonsus Church, Rome which ends on 4th and anticipates the feast day celebrations on 5th of January, prior to the feast of Epiphany. Fr. Luis Alberto Roballo Lozano, C.Ss.R. the Rector of the house presided over the Holy Mass and many confreres concelebrated.

The Triduum began with a good tone reflecting on the life and ministry of a great Saint. It is remarkable to know the life of St. John Neumann who hailed from Bohemia (now the Czech Republic). He was born on March 28, 1811, and decided to leave his homeland and dedicated himself to the European immigrants in America. As a zealous missionary, he always wanted to lead souls to Christ. Neumann was ordained a priest by the bishop of New York in June 1836 and gave himself to the pastoral care of people in the vast area around Niagara Falls. As his missionary vocation demanded to live in the religious community he entered the Congregation of the Most Holy Redeemer in January 1842. As a tireless missionary, Neumann kept himself in particular with the German immigrants, first in Baltimore, Maryland, then in Pittsburgh, and Pennsylvania. Having completed the role of Vice-Provincial Superior of the Redemptorists from 1846 to 1849, he became the parish priest of Saint Alphonsus Church in Baltimore. In 1852, at the age of forty-one, he was made a bishop of Philadelphia. 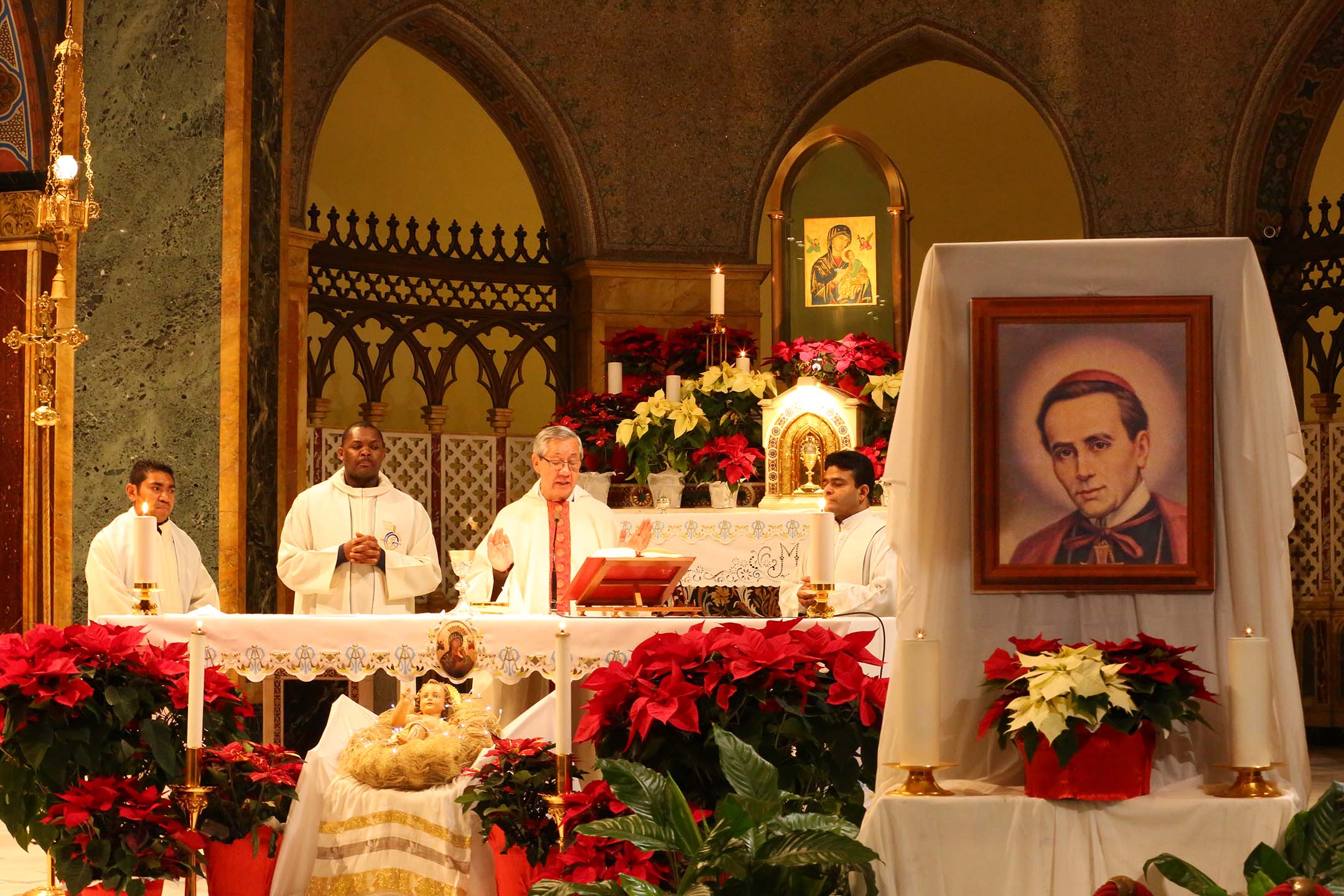 St. John Neumann had a strong impact on the religious life of the United States by founding Catholic schools and promoting devotions especially devotion to the Holy Eucharist. He founded a new religious institute: the Third Order of Saint Francis, of Glen Riddle. The School Sisters of Notre Dame likewise regard Bishop Neumann as their second founder, so called their “Father in America.” In just seven years he built eighty-nine churches, several hospitals and orphanages. Neumann constantly visited untiringly his vast diocese.

On January 5, 1860, at the age of forty-nine, he died suddenly of a heart attack on a street in Philadelphia. John Neumann was beatified during the Second Vatican Council on October 13, 1963, and was canonized on June 19, 1977. During the homily on the occasion of Neumann’s canonization, Paul VI summarized the activity of the new saint in these words: “He was close to the sick, he loved to be with the poor, he was a friend of sinners, and now he is the glory of all emigrants.”

Saint John Neumann is invoked as a patron of sick children and of immigrants.

May the life of St. John Neumann inspire all the Redemptorists and the fellow associates as zealous missionaries to carry out the mission entrusted to us by the Christ, the Redeemer.

A daily prayer through the merits of St. John Neumann, C.Ss.R.
God, our Father, You are the source of hope for all who believe. Hear and answer the prayer I offer You through the merits of St. John Neumann, Your devoted son and servant. In his name and for Your greater honour and glory, give me the graces I need to live as he lived. In all that I do in this life, may I be motivated by love for You and for all mankind. May faith be the cornerstone of my life, and may I reflect your presence living within me to everyone I meet.

I place my life in Your hands. Help me to see in all my needs, my problems, and my crosses Your love working for my sanctification. Through the intercession of St. John Neumann, watch over me today and every day so I may persevere in the Christian life to the end and share in the happiness of Mary and all the saints who live in Your presence. I ask You this through Christ, Your Son, Our Lord. Amen.

Kindly visit the page below for more Prayers: