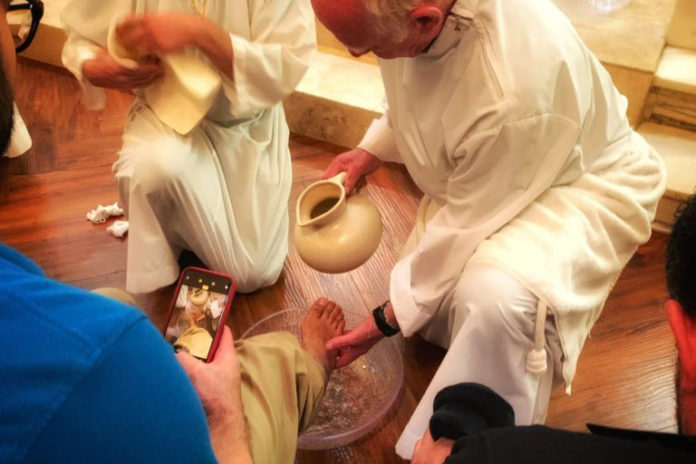 (Denver, USA) – Thien Hoang, a theology student for the Denver Province in San Antonio, is sharing his creativity and interest in social media, gradually assuming responsibility for posting Redemptorist news on Twitter. The account, @prayforusmary, is linked to the Perpetual Help Facebook site.

Thien posted a series of tweets during the Triduum, including this photo of Fr. Jim Shea washing a student’s feet on Holy Thursday. The result? A significant leap in followers and retweets of Denver Province news – from single to triple digits!

The Redemptorists of the Denver Province are a Catholic Religious Order preaching the Good News of Jesus to the poor. Follow us at #prayforusmary.