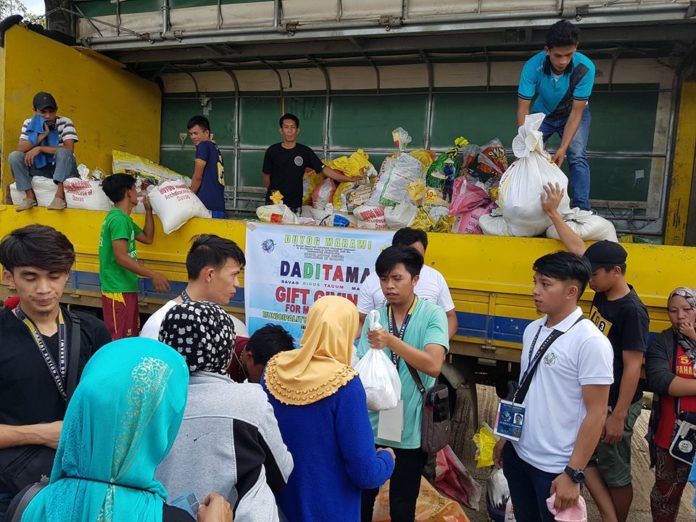 (Marawi) – “We remain close to the people of Marawi, encouraging the hope of starting a long journey towards the recovery and reconstruction of the city, and working for reconciliation and peace-building. We have already heard and seen in past the seeds of discord. Today we will have to invest funds in the reconstruction of roads, bridges, and other infrastructures, but the true foundation of this city must be rebuilt in the heart of its people”: this is stated in a note by the Redemptorist missionaries who have gathered priests, laity, pastoral workers and social workers from all over the country in Marawi to plan a social intervention in favor of the Church and local society.

Marawi is the city in the province of Lanao del Sur occupied by jihadists in 2017. The army in Manila launched a vast military operation and a siege that lasted five months to free the city. The city, which became a battlefield, reduced to rubble and the cathedral was also ransacked and desecrated. All the archives, registers and ecclesiastical structures were destroyed. The Christian community of about 20,000 people were scattered among the 500,000 displaced people who fled the city.

Two years after those tragic events, the Redemptorists, the civil and military institutions, NGOs, Church organizations, developed a program called “Duyong Marawi”. Duyog is the term that in the local Cebuana language means “accompaniment”, and is often intended as an act of playing a musical instrument to accompany a singer or a dancer. “We are aware that the mission to rebuild the city belongs to the people of Marawi; we as representatives of the universal Catholic Church are here to support them and accompany them to the end”, reads the note of the Redemptorists of “Duyong Marawi”.

“From the beginning our mission has always been reconciliation in Marawi, especially to bring Muslims and Christians together. The destruction of the city represents an opportunity to start over again and build the city of Marawi in order to become an exemplary community under the banner of a sustainable collaboration between social classes and peaceful coexistence between Muslims and Christians. We are given the rare opportunity to show the world that this is possible”. The group, in coordination with public and private institutions, is now mainly dealing with the situation and the material, psychological and spiritual needs of the displaced people of Marawi, who still live in refugee camps, tents and nearby villages.