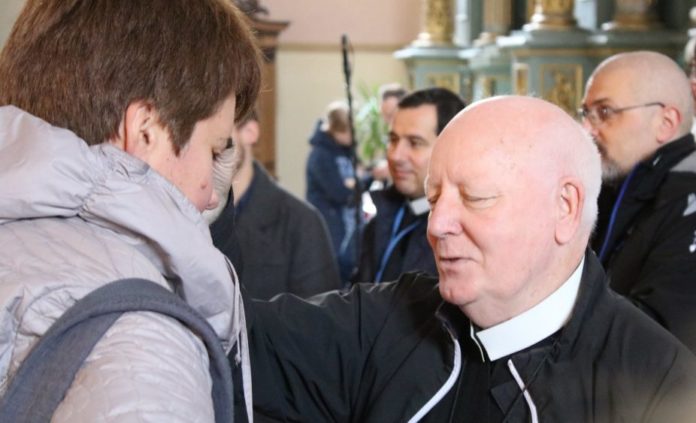 (Kaunas, Lithuania) The Archdiocese of Kaunas is the second largest diocese in Lithuania. Just over a year ago two Redemptorists from Slovakia, Frs. Rastislav Dluhý and Peter Hertel began a new missionary initiative at the request of the Archbishop.

What they have been able to achieve is utterly amazing. And this includes the organisation of a citywide Mission which took place in the second week of October (10-13) in the cathedral. The mission involved many local groups of committed Catholics, lay missionaries from Portugal, non-Catholic musicians from England, a group of talented lay missionaries from Slovakia, and Fr. Ronnie McAinsh a Redemptorist from Scotland. 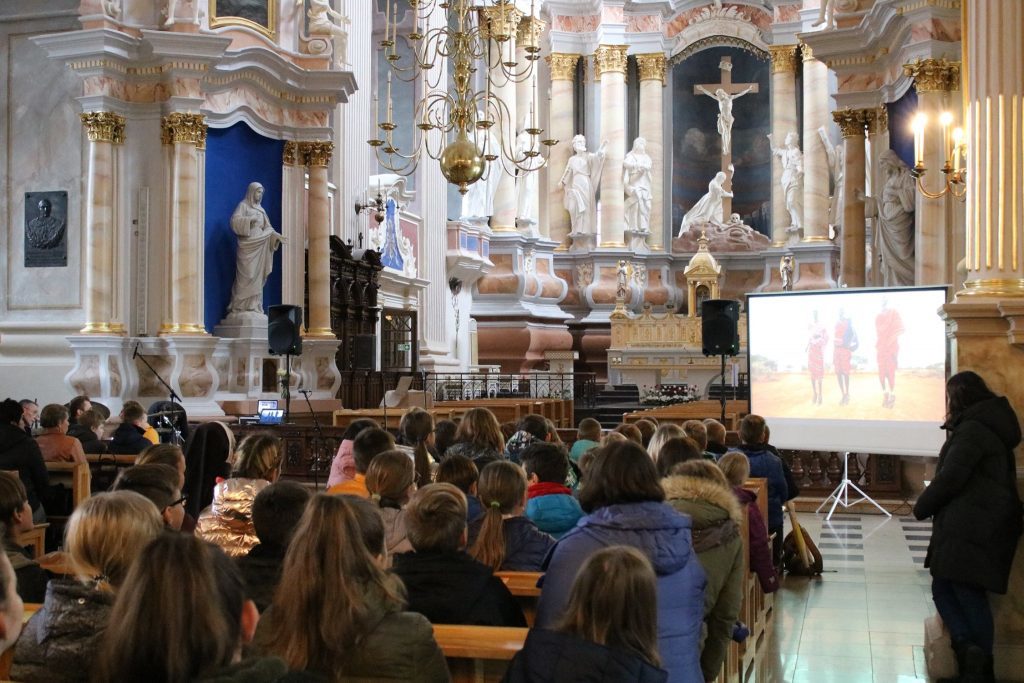 Hundreds of children participated in the morning sessions. There were separate teaching sessions for men and for women; and each evening there was a full mission service with a sermon on the following of Jesus, discipleship and Christian living.

The first Mass was celebrated by the newly created Cardinal Sigitas Tamkevičius who had just returned from Rome. The second Mass by the local Ordinary, and the third Mass by the Archbishop emeritus. A good number of priests and religious joined a full cathedral each evening in listening to the Word of God, but also sharing the Word of God in testimonies at workshops, both inside the cathedral and in exhibitions in the square outside.

The two Redemptorists live in utterly simple accommodation, and their ministry in the spirit of Saint Alphonsus, is in parishes, in prisons, in schools and with many groups. This has revitalized the City and brought a fresh apostolic zeal to the whole Archdiocese.

The mission was followed by a retreat to the priests of the Archdiocese attended by the bishop and presbyterate and led by Fr. Ronnie McAinsh.

The Redemptorists in Europe must be greatly inspired by this apostolic outreach to the Baltic region. May God bless the missioners and the people of Lithuania.