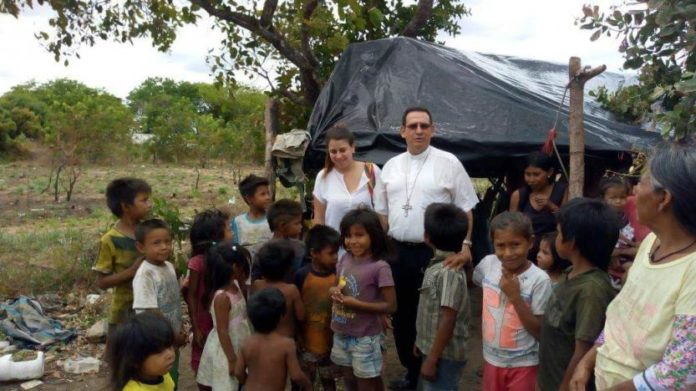 Vicar of Puerto Carreño: “The Holy Spirit was already in the original cultures before our arrival”

A few hours after the start of the Amazon Synod, Francisco Antonio Ceballos, the Bishop of the Apostolic Vicariate of Puerto Carreño, in the Vichada department, in the eastern tip of Colombia, near the southern border of Venezuela, is one of the 15 Colombian bishops will meet at this event that will begin this October 6th. There are many expectations, he hopes that this appointment will serve to “meet us as brothers” and “not just make green speeches” for him it is essential to face what Pope Francis proposes: an integral ecology, in which the Amazon communities are the protagonists.

In a conversation with New Life, he said that from his jurisdiction – a path to the Synod – “we held several meetings with the communities, in particular with the leaders and indigenous governors to reflect on ‘Laudato Si’, as well as to hear their concerns”. 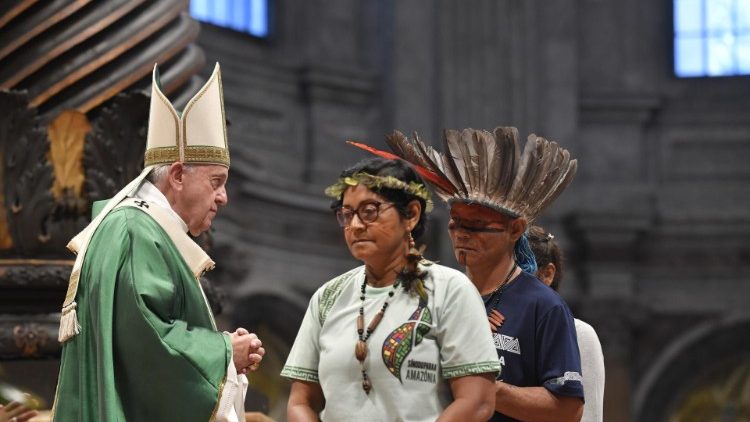 Discover the seeds of the verb

Despite being an indigenous territory in over 40%, the prelate believes that he should reinforce this pastoral, as this is one of the keys to bet on the laity. “The evangelization of Puerto Carreño depends very much on the laity, we can get more from the indigenous world and from the settler communities if we form a laity that meets these needs,” he said.

“I don’t know if this is now a widely used phrase, but even if many do not want it, the Holy Spirit was already in the original cultures before our arrival, that is, discovering the seeds of the verb and integrating them into our Western spirituality, it seems to me that this is one of the most important challenges of the Synod, which does not mean removing this and putting that, but let’s see what is good in every culture to be able to integrate it,” he said.

He also clarified that the role of the Church must be an important reference to accompany indigenous peoples in their struggles, to be allies, because there is much respect for the cosmogony of each community. Therefore, he adds: “We accompany them in every process that they themselves affirm, and along the way, they look at the commitment they have with the Church”. 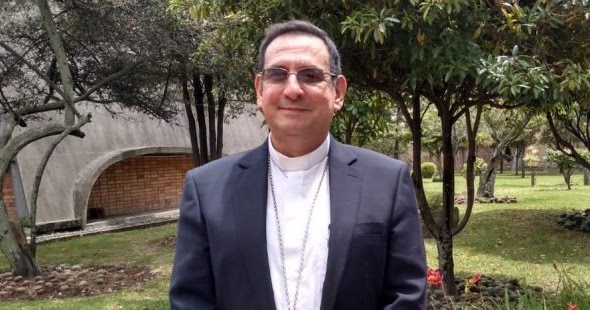 The bishop sees in the figure of the “viri probati” a possibility that must be studied, although he insists more on permanent deacons, on the indigenous catechists of the region, because “we have found many people with potential that could shake hands with their community for better”.

It is also urgent to move from a teaching Church to a student Church, which learns from the indigenous world to understand spirituality there. “They have a lot to teach us, there is great wealth in their culture,” he added.

According to the bishop, “the Colombian church must turn to the Amazon because it is a problem that concerns us all”, because “many times it is thought that it is only a problem of the vicariates. It is the common home and if we destroy it we will all die”.

He took the opportunity to invite his brother bishops “to understand that the Amazon is a privileged place of pastoral care”, in fact he said that through the Permanent Commission of the Bishops “we have a project that of Brotherhood among the churches, where we propose that the jurisdictions sponsor the vicariates and some dioceses much more in need”.

“In fact, for a long time if it depended on Europe and are no longer collaborating”, then “we must commit ourselves to collaborate, not only with money but involving the whole Church in the process of evangelization and pastoral care”, he concluded.

In Puerto Carreño the violence is no exception, he claims to have received a letter from one of the indigenous leaders in which he said he had been threatened, “obviously, I issued a statement asking the authorities to assume the responsibility to safeguard the life of our natives”.

These complaints made by the vicariate have raised concerns for those in power. “It is not like that. The police colonel doesn’t like it, the mayor doesn’t like it, nobody likes it because they intend to cover a lot of things, that’s what I think.”

From this, he draws a conclusion: “Denouncing brings problems, but our work is the work of the Church, if the prophets are silent, the stones will speak. This is the bishop’s task to take care of his flock, to be on the people’s side”.