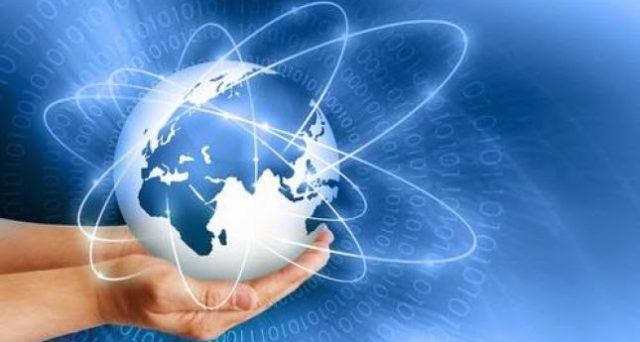 In these difficult days of pandemic, economic crisis, radical changes in the way we live and work, alarming data on the global recession (Standard&Poor’s, Morgan Stanley), it could be very useful to reread Keynes. Not because there are no authoritative contemporary voices that have long insisted on the need to link economic development and better social balances (Sen, Nussbaum, Stiglitz, Krugman, Fitoussi, Judt, Collier), but to go to the root of the best economic thinking that has guided one of the brightest and most balanced seasons of economic and social growth in the twentieth century.

An essay of his in 1926, The End of Laissez-Faire, indicated with extraordinary clarity the path that would lead to the Welfare State, to the strong wave of public investment in the European economy (with the US funds of the Marshall Plan) to restart Europe and therefore also the US creditors after the disasters of the Second World War, the macro-economic strategies towards the European Common Market and the measures to improve wages, workers’ rights, security, consumption, quality of life and work. Liberal and democratic thinking, a mixed economy, a constant search for a balance between public intervention in the economy, the market, and the dynamism of private enterprise. Keynes thinks realistically and scientifically about the various possible forms of balance between public and private.

Even earlier, at the beginning of June 1919, in total disagreement with the way peace negotiations were being conducted after the First World War in which he was participating as a representative of the British Treasury, he told the then British Prime Minister Lloyd George that he “intended to leave the scene of an in-cube” and with as much extraordinary clarity and foresight he composed the pamphlet, The Economic Consequences of Peace, where he denounced the harshness and senselessness of the “Carthaginian peace” imposed on defeated Germany.

For Keynes the real center of the problem regarding the peace treaties was that: “the war ended with everyone owing enormous sums of money to everyone. Germany owes an enormity to the Allies; the Allies owe an enormity to Great Britain; Great Britain owes an enormity to the United States (…). The whole situation is artificial, misleading, and vexatious to the highest degree (…). A general bonfire is such an urgent necessity that if we do not provide it in an orderly and benign manner, without doing a serious injustice to anyone, the bonfire when it finally takes place will become a fire that can destroy many other things” (p. 220). So: revision of the Treaty of Versailles and general remission of debts and credits… but neither was done.

Otherwise, Keynes foresaw: “If we deliberately aim to impoverish Central Europe, revenge, I dare predict, will not be kept waiting. Nothing then can delay for long that final civil war between the forces of reaction and the desperate convulsions of the revolution, against which the horrors of the past German war will vanish into thin air”. (p. 212). When Keynes wrote his book, Hitler was just one of the countless desperate people wandering the streets of Munich. If he had listened to the English economist and the many who shared his ideas, he would probably have remained so…

Today everyone says that we are at war (against a virus) and that the economic situation is equal to that of a “time of war”: “In the face of unforeseen circumstances a change of mentality is necessary (…). The shock we are facing is not cyclical. The loss of income is not the fault of those who suffer it. (…). The memory of the suffering of Europeans in the 1920s is a warning’ (M. Draghi).

Besides, even today, as at the time of the peace treaty of Versailles, everyone owes enormous sums of money to everyone. Just to name a few: the PIIGS, the five countries of the European Union considered economically weaker (Portugal, Ireland, Italy, Greece, Spain) owe a lot to the richest countries of Northern Europe; Germany with only Deutsche Bank is the biggest potential source of external shocks to the financial system with its “toxic” derivatives (48. 266 billion Euros, 16 times Germany’s gross domestic product); the United States, which for years has been financing an outsized government expenditure in deficit, has a debt in absolute figures not comparable to any other country in the world; Japan is the first country in the world for deficit/GDP ratio at 237%.

We are entering a recession that will probably be long and heavy and it is precisely in such situations that another great economist, one of Keynes’ best interpreters, invited us to: “rediscover the economy of affection, not of rules”, of what holds people together and determines development, participation, sharing (F. Caffè), in other words, sustainable development (Laudato yes) and solidarity (Populorum progressio).

The encyclical Caritas in Veritate of Benedict XVI, written in 2009 at the time of another crisis, stated that: “The crisis forces us to redesign our path, to give ourselves new rules and find new forms of commitment, to focus on positive experiences and to reject negative ones. The crisis thus becomes an opportunity for discernment and new planning” (n. 21). Therefore it is necessary and urgent “to strengthen the awareness that we are one human family. There are no borders and political or social barriers that allow us to isolate ourselves, and for this very reason, there is not even room for the globalization of indifference” (Laudato si’ n. 52). Moreover, we must not fear, as many today fear, that if the links between human activity and moral principles are made too close, which Catholicism constantly recalls through its Social Doctrine and which “men of good will”, as we have seen, recognize as necessary, “the autonomy of men, of societies, of the sciences (…) is impeded. The creature, in fact, without the Creator vanishes” (Gaudium et spes 36).