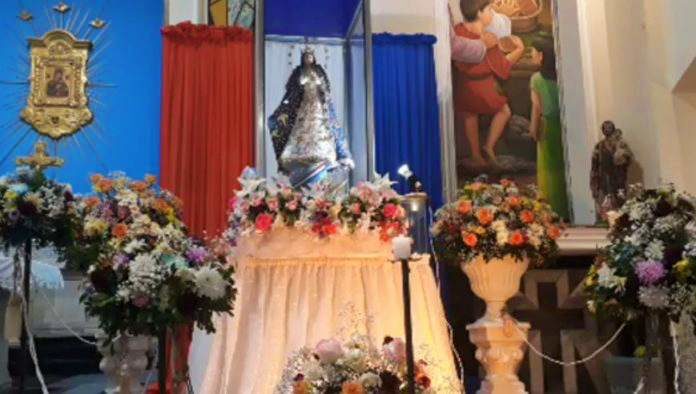 (Asunción, Paraguay) – On the occasion of the celebration of the 288th anniversary of the foundation of the Congregation of the Redemptorist Missionaries. In Paraguay, coinciding with the feast, the sanctuary of the Perpetual Help of Asunción received the image of the Virgin of Caacupé.

Fr. Osvaldo Duarte, superior of the Redemptorists in Paraguay, commented that in 1732 St. Alphonsus Maria de Liguori founded the Congregation of the Most Holy Saviour; he later changed the name to Holy Redeemer because the mission was to announce redemption to the people. The Congregation was born in the kingdom of Naples and today is in several countries on different continents.

He recalled that they are working to form a single mission in South America. “It is a process we have been working on for years. We believe that a single province will be formalized in 2023,” he said. On this anniversary date, 9 November, Eucharistic celebrations were held both in Asunción and in other locations. He said that the largest number of members are in the interior.

In this context, they received the image of the Virgin of Caacupé in the Perpetuo Socorro National Sanctuary. “Many from Asuncion who were planning to go to Caacupé, today can fulfil their promise here,” said Duarte.