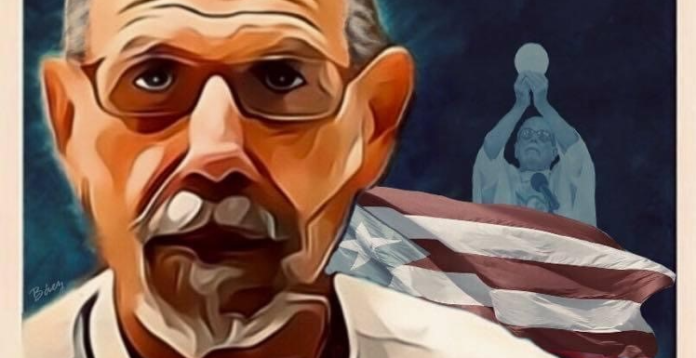 (Puerto Rico) – On Sunday, May 23, 2021, the feast of Pentecost, the Lord has called our brother Rafael Torres Oliver, C.Ss.R., a Redemptorist priest, well known as Father Felo, to his eternal home. In giving the news, we offer the testimony of one of his many good friends.

Felo loved life and lived every moment to the full. To list Felo’s “loves” would not do justice to that oft-used word. One would have to add the adjective “passion”. Felo lived more than in love; he lived with a passionate love for life and for the abandoned poor.

Some of Felo’s many “passions” were:

We are also obliged to mention his country, Puerto Rico and the pain he gave to experience how it is treated as a mere second-class annexed territory, a colony, the lack of autonomy and self-determination to care for the vulnerable and poorest (for example, the well-documented trial and his protesting imprisonment in federal jail for the cause of the island of Vieques), and why not say it, his dream and his efforts for the political independence of his country.

Felo’s living of the religious vows was prophetic:

His lifestyle, his dress, his renunciations and personal austerity spoke of religious poverty,

His openness, his choice to love and his concern for all, without prejudice of origin, race, social status, but obviously his predilection for the poor and abandoned,

His great respect for authority, always seeking evangelical fidelity in the decisions and proposals of his superiors. His obedient availability was clearly seen when he was asked again by his superiors to take on ministries that he thought he had already given all he could, as was the case with the formation (international and intercultural) of future Redemptorists.

His interest, his positive and encouraging attitude to everything related to the community: his own, that of the Congregation, of the Church and of the holy people of God.

His willingness to serve and pride in being a Redemptorist reflected in his total identity with the Congregation, the founder St. Alphonsus, the charism, the spirituality, the processes, the Conferences, the Units and the extended Redemptorist family.

The agony of the last months and weeks of illness leaves us to suspect that he consciously asked the Redeemer to be united to Him and the many sick and dying he has accompanied in his ministry, sharing in his own body these same sufferings.