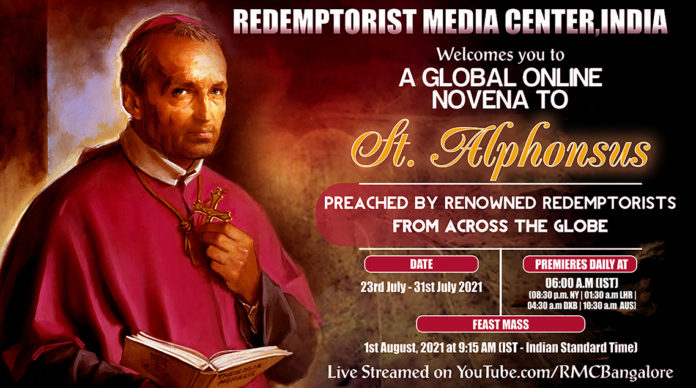 Rev. Fr. Michael Brehl is the current Superior General of the Redemptorists. Before taking office as General, Fr. Mike as we like to call him, had already been serving the Congregation as a member of the General Secretariat of Formation. Earlier, his Confreres of the Toronto Province had elected him as Superior of that Province. Fr. Brehl is known for his closeness to people, his extensive knowledge of our Constitutions, and his love for the Charism of the Redemptorists. He is also the author of the book “Praying in the Spirit” and “The Tradition of St. Alphonsus Liguori.”

Fr O’Neil has been a Redemptorist for 46 years. He has experience in parish pastoral ministry and has a PhD in Moral Theology from our Alphonsian Academy in Rome. He has co-authored a very popular work introducing us to the moral teachings of the Church titled The Essential Moral Handbook. Since 2013 he has been on the preaching staff at San Alfonso Retreat House in NJ, USA. Today, as our confrere preaches on Alphonsus as artist and musician for the Good News, it’s interesting to note that Fr. Kevin studied piano and has a love for music. He finds it a wonderful means for preaching the Gospel and reaching the hearts of people.

Fr. Dennis Billy, C.Ss.R. is Professor Emeritus of the Alphonsian Academy of Rome’s Pontifical Lateran University and currently holds the Robert F. Leavitt Distinguished Service Chair in Theology at St. Mary’s Seminary & University in Baltimore, Maryland, USA. He is the author of more than 40 books and has published more than 400 articles in a number of academic and popular journals. He is also very active in the Redemptorist retreat ministry apostolate and in the ministry of spiritual direction.”

Fr. Joaquim Parron, C.Ss.R., of the Province of Campo Grande Brazil guides us to reflect on the impact that St. Alphonsus had on the Church of his time and how he became the Patron Saint of Moral Theologians. Fr. Parron has been a Redemptorist for 40 years. He was a missionary on the Bolivian border and later Provincial of the Campo Grande Unit. He studied moral theology in the United States and is now a professor of that discipline at Claretian University, Brazil.

Fr. Sean Wales, C.Ss.R., an experienced Redemptorist of 61 years proclaimed the Word of God. He will focus on St. Alphonsus as a Prolific Writer and Thinker. Fr. Wales was born the very year the Redemptorists arrived in Bangalore – 1940! He was originally from the London Province and was eventually sent to South Africa over 30 years ago.  He used to teach philosophy in Hawkstone and Canterbury (UK) and then in South Africa. He is also an experienced parish missioner and retreat guide for clergy and religious.  He has been involved in the Redemptorist Pastoral Publications in SA. Fr. Sean also served for many years as Provincial in SA.

Fr. Raphael Gallagher, a Redemptorist of the Dublin Province, Ireland proclaimed the Word of God on the seventh day. He was professed sixty years ago in September 1961. Following post-graduate theological studies in Rome, Bonn, and Paris he taught moral theology in Ireland and the United States for over 20 years. He was Provincial Superior of his home Province. Following a year as a parish priest in France, he was an Invited Professor at the Alphonsianum Academy in Rome. He is now retired and living at Mount Saint Alphonsus, Limerick, Ireland.

Our Novena reflections will be guided by Most Rev. Archbishop Gerard Pettipas of the Canadian Archdiocese of Grouard-McLennan. Archbishop Pettipas’s episcopal motto is “God’s will is that you be holy”.He has held various responsibilities in the Congregation and the Church – including vocation director, formator, a pastor in several parishes. He was consecrated bishop in the year 2007. He will help us reflect on how St. Alphonsus worked as a caring shepherd and Bishop for the Most Abandoned.

It’s DAY NINE of the Global Novena to St. Alphonsus! In order to inspire us to imitate our great founding Father in his zeal for the God of love, we have our very own Fr. Juventius Andrade C.Ss.R. who is very familiar to regular participants of our services at the Redemptorist Media Center. Fr. Juvy as he is fondly called, has done his licentiate in Scriptures from the Biblicum in Rome and in Jerusalem. He has taught Scriptures to many Indian Redemptorists in Mt. St. Alphonsus Seminary in Bangalore. He has also served in the General government of the Redemptorists for two terms as a General Consultor. 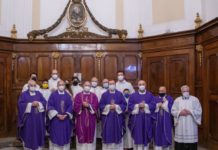 The celebrations of the Alphonsian Jubilee in Pagani