Marciano Vidal is possibly one of the most recognized moralists in the Spanish language. And it is that the Redemptorist has dedicated a large part of his studies and publications to deepen the advancement of Catholic morality since the Second Vatican Council. Today, he has participated in the virtual conference of the Iberian Theological Association for the Study of Morality (ATIEM), which has been held with the title ‘Towards an emerging moral theology’ and where he has highlighted the “promising future” of this ambit.

“In the field of Moral Theology”, Vidal pointed out, “we have changed our paradigm in the last century.” Furthermore, in recent decades Moral Theology has been “normalized at the ecclesial level, so there are no added difficulties.”

Theology of the world and equality

On the other hand, the Redemptorist has pointed out that, “today Catholic morality has become globalized which implies that we have to pose our problems as a single community of moralistic theologians.” At the same time, he has asserted that he does not know that other areas of theology have this feature of globalization.

“The fourth feature of current Moral Theology”, Vidal has affirmed, “is that today it  is equal: both male and female.” Thus, he explained that although “there is feminist ethics and there will continue to be,” he “would bet that this trait continues to deepen and highlight a large number of moralistic theologians out there.”

At the same time, Vidal has pointed out that this Moral Theology is contextual. “That is, it is made for everyone but it must be linked to the specific context. It tends to be a liberating morality. When we speak of the ethics of liberation we tend to think of Latin America, and, although it has its impulse there, all current Moral Theology is liberating.”

Finally, he stressed that, due to all of the above, the most representative feature of this area is “that it has a very serious present in publications, teachings …  and a promising future is expected.” 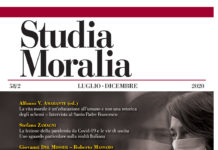 Covid-19. Beyond the crisis 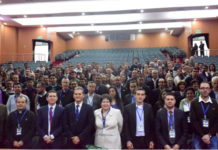 XV Congress of the Theological Ethics: Family is the Treasure of Peoples and the School of Faith 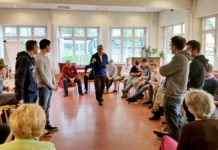