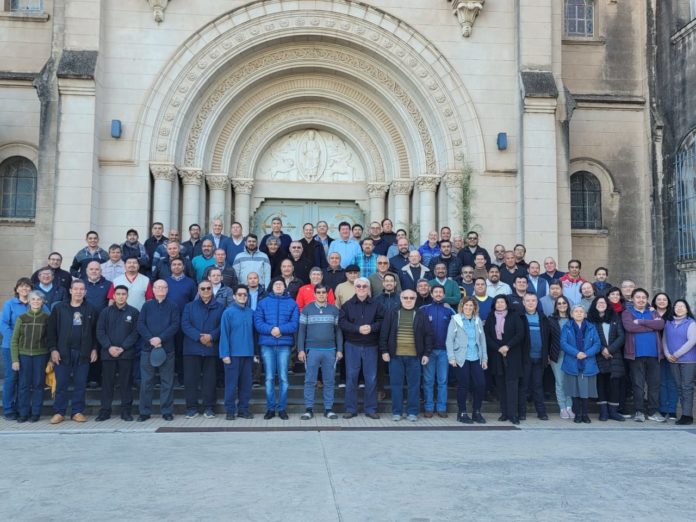 “We want to incarnate the presence of the Congregation in the lands of South America, committing ourselves in the ministry to the poor, to the youth and the families,” says one of the participants of the meeting of Redemptorists representing the four Units present in Argentina, Chile and Paraguay. Redemptorist sisters and lay partners in the mission are also present. The assembly, held from 16-20 May in Villa Allende, Argentina, aims to work towards greater integration of the Units in restructuring for the mission.

The Congregation’s restructuring started several years ago as decisions of the General Chapters held, although not explicitly, already in “the 19th General Chapter of 1979. In 1997, the 22nd General Chapter mandated that each local community prepare a Community Life Project (CLP) containing its pastoral plan for that community. In 2009, the 24th General Chapter restructured the Congregation into five Conferences for “wider discernment”, and each Unit was required to evaluate its Apostolic Priorities in the light of the apostolic priorities of the Conference. In 2016, the 25th General Chapter decided that each Conference would develop an Apostolic Plan based on the criteria offered by the General Government”, and it has been a priority to come to conclusions that give answers to the actuality of Redemptorists and their apostolate in today’s world, among these, the reconfiguration of the Units.

In this context, the 26th General Chapter, which is being held in phases during this year 2022, and which took place last April in Aparecida, Brazil, for Latin America and the Caribbean, has directed the final steps to be taken for the unification of the units, responding to what “Principle 5” of the restructuring called for, to give rise to “new partnerships between the Units, always for a better service to the mission (…) And, ultimately, to allow a more fruitful understanding of the identity of the Redemptorists”.

Let us prayerfully accompany this restructuring process for the Redemptorist mission in a wounded world.