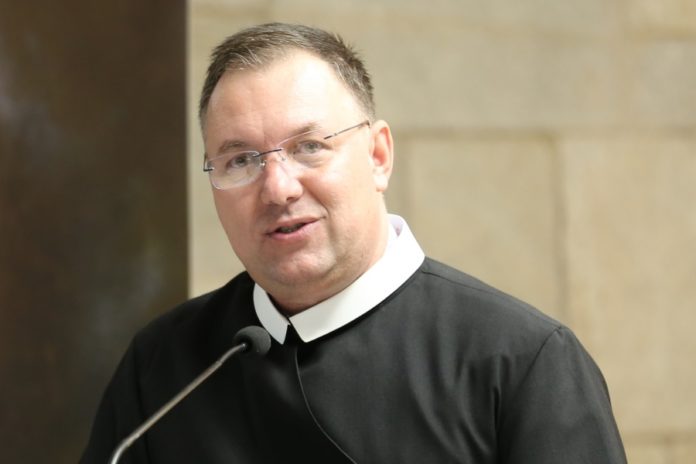 On the day when we celebrate the feast of Brother Saint Gerard Maiella, I would like to invite the whole Congregation to pray, meditate, reflect and work for the vocation of the religious Brother – writes Fr. Rogério Gomes, Superior General, in his Letter, entitled “Missionaries of Hope in the Footsteps of the Redeemer”.

MISSIONARIES OF HOPE IN THE FOOTSTEPS OF THE REDEEMER

Greetings in Christ, the Redeemer!

10. May Brother Saint Gerard watch over the Congregation and, with his example of prayer, humility, and fidelity, arouse many vocations to strengthen our missionary body of Religious Brothers and Priests. So be it!

In Christ the Redeemer, fraternally,

[1] CONGREGATION FOR INSTITUTES OF CONSECRATED LIFE AND SOCIETIES OF APOSTOLIC LIFE. The Identity and Mission of the Religious Brother in the Church, and, “You are all brothers” (Mt 23,8). 2015 – Libreria Editrice Vaticana 00120 Città del Vaticano, 2015, n. 7.