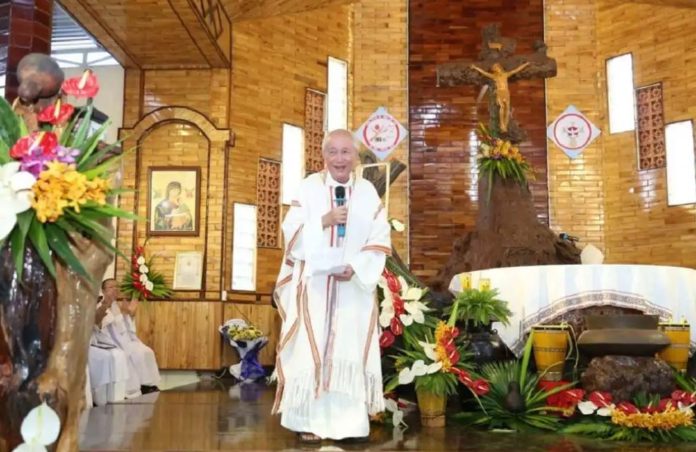 Catholics in Vietnam’s Central Highlands have expressed their deep gratitude to a Redemptorist who has spent all his life bringing Catholic values to ethnic communities.

On Oct. 10, Bishop Aloisius Nguyen Hung Vi of Kontum presided at a solemn ceremony to mark the 50th anniversary of the ordination of Redemptorist Father Joseph Tran Si Tin and the 53rd anniversary of local Redemptorists’ evangelization among ethnic groups.

Some 80 priests joined the Mass at Pleiku Evangelization Center in Gia Lai province, attended by thousands of Bahnar and Jarai villagers and Kinh people from parishes served by Redemptorists.

Bishop Vi said the local church owes Father Tin a great debt of gratitude for his work relating to liturgy, faith and culture.

“He has integrated himself into the Jarai people as a real missionary for over half a century,” he said, adding that Father Tin is one of the first four Redemptorists who arrived in the diocese 53 years ago and is still alive.

Father Joseph Nguyen Ngoc Bich, provincial superior of the Redemptorists, said Father Tin inspired his confreres to bring the Good News to the people by “living and working together with people.”

Father Bich said the senior missionary, who speaks the Jarai language fluently, talks about God to people with his own life which makes them eagerly look for God and he brings God to them.

“You sowed the seed of Christianity in the land of Jarai people and it has grown and spread to other places,” he said.

The superior said that during Father Tin’s 50 years of priesthood he made local Redemptorists known as missionaries among other people and taught them how meaningful their devotion to evangelization is.

Father Mark Bui Duy Chien, head of the Redemptorists in Pleiku, said Father Tin is happy to be a priest for the Jarai people as he arrived in Gia Lai in 1969 and was not ordained a priest until the first local ethnic villagers converted to Catholicism three years later.

“His community is the Jarai people. He works with them to live out his faith and vocation, treats them like his own family and has become their relative,” he said.

Father Tin, 83, thanked all people for allowing him to work with them and serve them as laypeople are the main part of the church.

He also offered participants copies of his two books on his practical experience in evangelization.

Four Redemptorists including Father Tin were driven to Pleiku village on Oct. 10, 1969, by the late Bishop Paul Seits of Kontum, who blessed them and left. They had never been there and knew nobody there.

They lived in poverty among the villagers, worked on their farms, learned their language and culture, and went hunting and fishing with them for nearly 20 years. They translated the Bible into the Jarai language.

Some 30 Redemptorists now provide pastoral care for tens of thousands of Jarai, Bahnar and Kinh Catholics in the provinces of Gia Lai and Kon Tum. 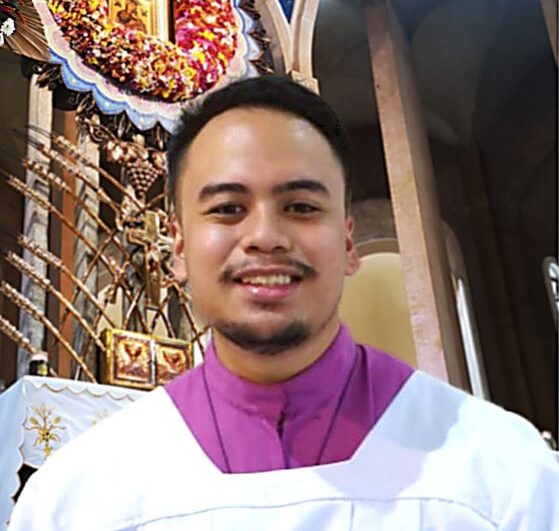