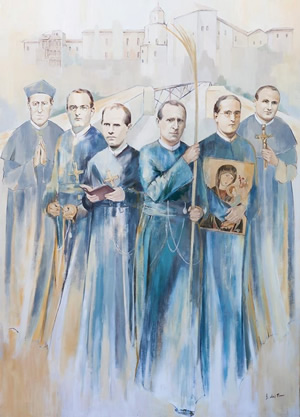 Redemptorists participate in a rosary “marathon” called by Pope Francis